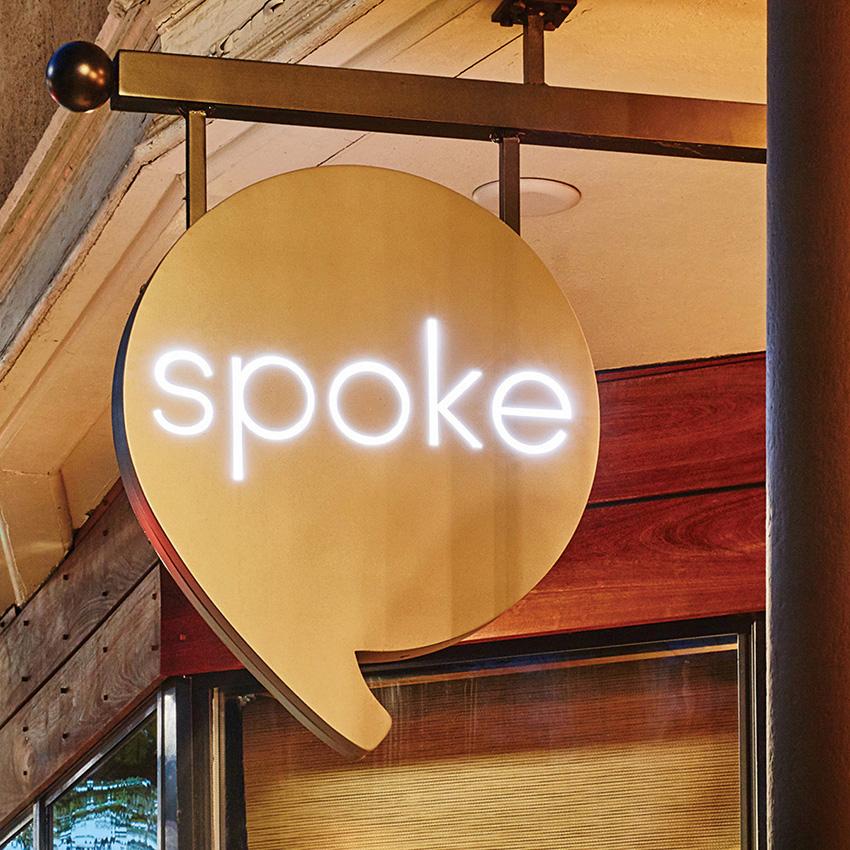 There’s a reason why chefs like Oleana’s Ana Sortun are regulars at this low-key industry favorite: Owner Felisha Foster has taken the pomp and predictability out of the wine-bar experience. Even better, one of the city’s best young chefs, John daSilva, churns out worthy eats like smoked mussels and ’nduja from the shoebox-size kitchen. 89 Holland St., Somerville, MA 02144, spokewinebar.com.

What's one way to maintain control over your coffee and espresso? Own a supply chain—which is how this Cambridge shop, from local roaster Barismo, became such a well-oiled machine. Beyond pulling expert cortados and offering cold brew on draft, Dwelltime also boasts superior digs, with a copper bar and lots of pickled, baked, and sandwiched snacks for nibbling. 364 Broadway, Cambridge, MA 02139, dwelltimecambridge.com. 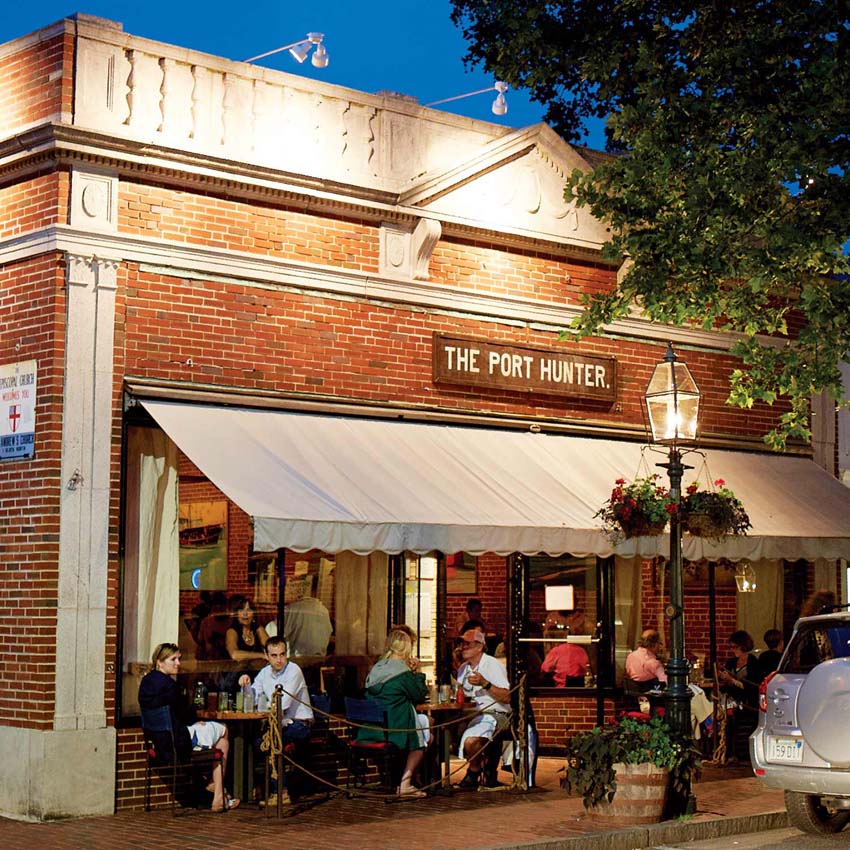 If there's one thing that goes well with great drinks, it's shuffleboard. The Port Hunter, opened in 2012 by two local brothers, has both, plus a solid beer menu with brews from the island and beyond. There's also live rock, folk, and reggae five nights a week, not to mention bar snacks that highlight ingredients caught or grown on the island. Did we mention shuffleboard? 55 Main St., Edgartown, MA 02539, theporthunter.com. 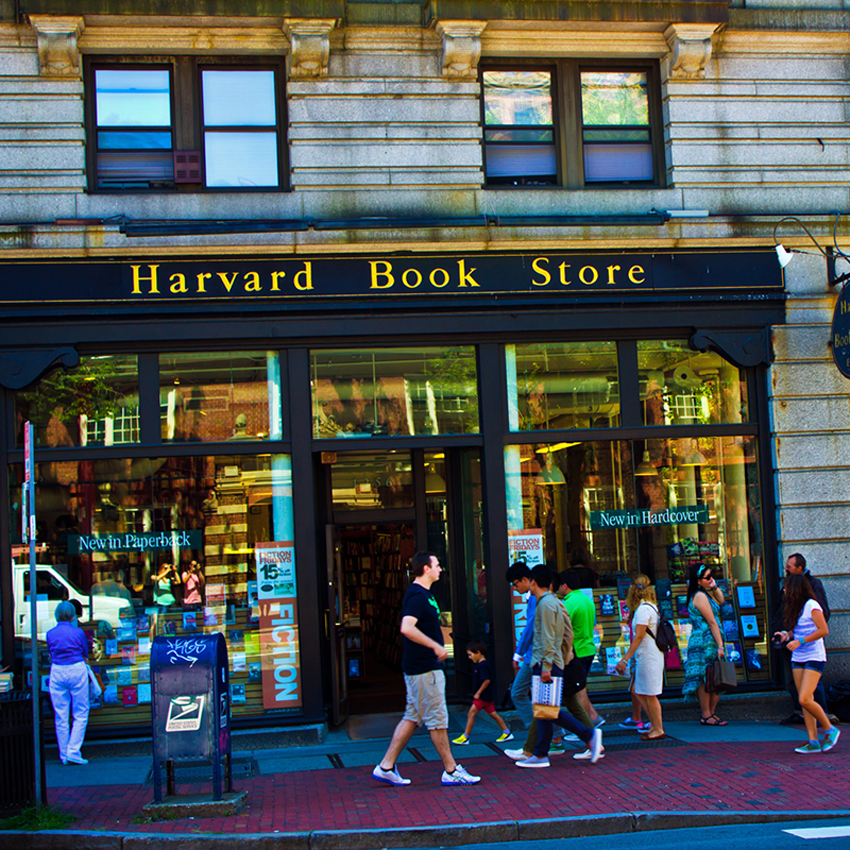 Here’s one thing you can’t do on Amazon: Roam the aisles, thumbing through new releases and used books. Also impossible: attending readings and lectures by Elizabeth Warren, Gary Shteyngart, B.J. Novak, and Thomas Piketty (his Harvard Book Store appearance was scheduled before he was famous, by the way). At a time when bookstores need to be much more than bookstores to survive and thrive, no other local shop offers so many reasons to turn into a bona fide bookworm. Lucky us. 1256 Massachusetts Ave., Cambridge, MA 2138, harvard.com. 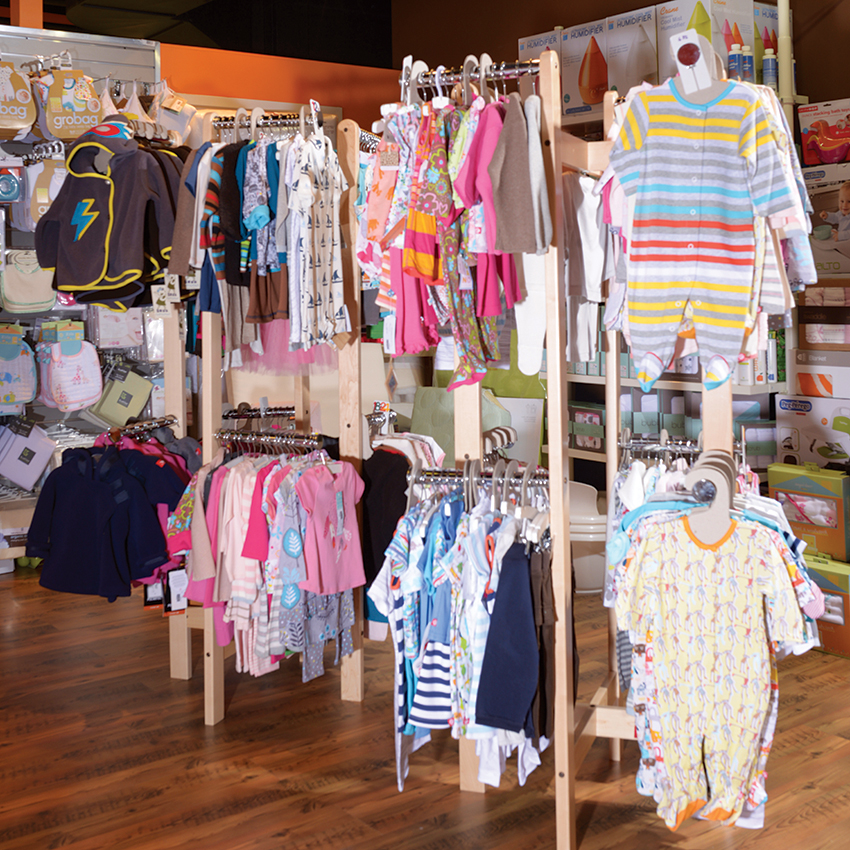 Parents who want to save the world, one sustainably harvested birch crib at a time, head to this winsome shop, which aims to stock the most eco-friendly and original baby furniture, décor, and clothing around. We love the organic robes from Mini Mioche; the hand-embroidered Pink Chicken dresses; and, natch, the ultra-mod cribs. 188 Needham St., Newton, MA 2464, baby-koo.com.

Parting with a furry friend pre-vacation is such sweet sorrow. But book your pup a stay at this 7,000-plus-square-foot boarding-and-daycare facility, and you can rest assured that he’ll sleep tight after romping for hours in one of four supervised, climate-controlled rooms where dogs, from teacup Chihuahuas to mastiffs, are grouped by play style and size. Walks and Blue Buffalo food are available at no extra charge, and Web cams allow globe-trotting owners to keep tabs on their pets throughout the day. 139 Endicott St., Danvers, MA 1923, nsdog.com.

Finding a life partner takes patience, persistence, and considerable luck. Finding the right ring should not. The army of jewelers at Long's assesses your preferences before working with you to compare styles by Scott Kay, Memoire, Ritani, and the store's own brand. No matter if you're in the market for a blinding rock or subdued sparkler, the store will have something suitably special. After all that time spent looking for the right one, this search, mercifully, can be a cinch. 100 Summer St., Boston, MA 2110, longsjewelers.com.

The folks at Alpha Omega understand everything from pre-engagement pressures to buying on a budget. The store's salespeople, who don't work on commission, will be happy to educate you over the course of many visits. And the bling? Whether you're into plain platinum solitaires or rows and rows of diamonds, you'll find the one in this wide selection of ooh-and-ah—worthy hardware. 1380 Massachusetts Ave., Cambridge, MA .

One of the great, virtually untold stories in local sports, Turner grew up on Mission Hill, got financial aid to attend the Beaver Country Day School in Newton, and was recruited by Rick Pitino at the University of Kentucky, where he played in more tournament games than anyone in NCAA history and starred on the 1996 championship team. Somehow Turner went undrafted this year, but he's been invited to the Celtics rookie camp. 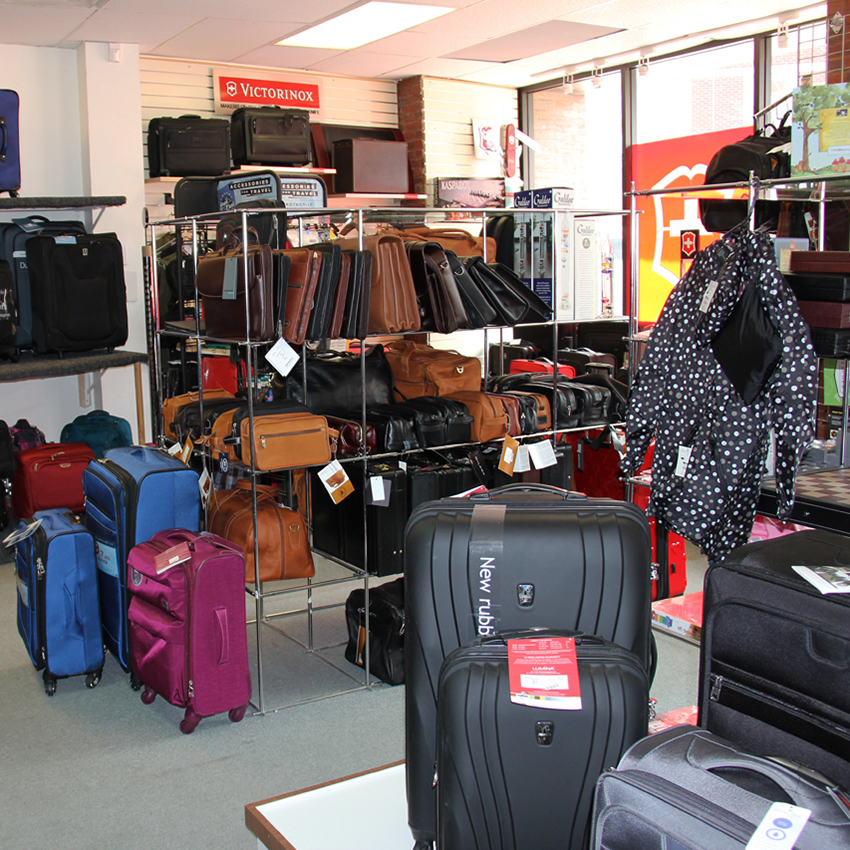 A local stalwart for more than 40 years, Leather World helps us handle our hauls, supplying a polycarbonate spinner to withstand the perils of the TSA, a leather duffel perfect for that weekend jaunt down to the Cape, and a trim briefcase for the daily commute to and from the office. Plus, all of its locations offer one line of embossing at no additional cost. 30 Brattle St., Cambridge, MA shopleatherworld.com. 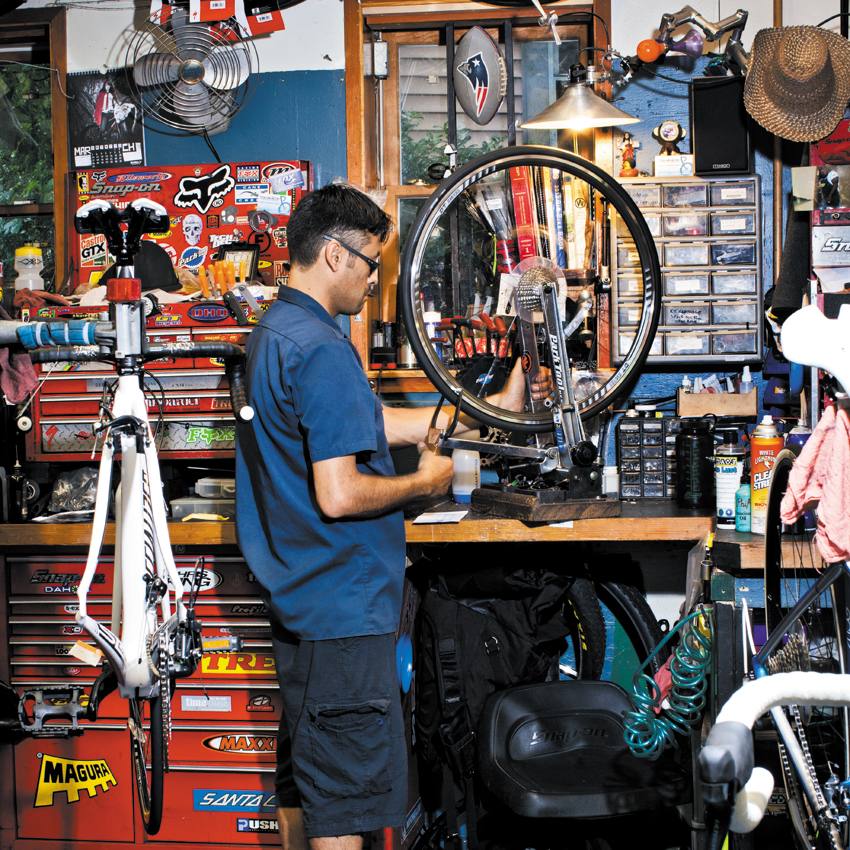 Specialty bikes, toddler carriers, tune-ups and repairs, commuting bags, custom fittings, racks and racks of gear—if any of that appeals to you, Wheelworks will, too. Ace Wheelworks is small but only a short walk from the Davis Square T; Belmont Wheelworks is huge but a bit farther afield. Either one will get you out the door and cruising. 145 Elm St., Somerville, MA wheelworks.com.

Linens on the Hill

There are plenty of things out there preventing us from sleeping, but only a few that actually help us catch some ZZZs. One, of course, is a quality mattress. The next is linens, and we're not talking about the sets wrapped in plastic and slapped with a UPC code. You'll rest easy on the luxurious Yves Delorme and Sferra sheets offered at this quaint store. 52 Charles St., Boston, MA 2114, linensonthehill.com. 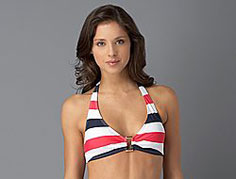 While everyone was gushing over its flashier neighbors—the new Barneys, the renovated Saks—underdog Lord & Taylor quietly cornered the city's bikini market. (In fact, starting in early March, swimwear commands almost a third of the lower level of this Back Bay stalwart.) And though the department store may have an old-fashioned rep, its bikini selection entices with trendsetters like Trina Turk, Betsey Johnson, and Vix. More-modest one-pieces from Gottex and La Blanca are chic, not frumpy. 760 Boylston St., Boston, MA 2199, .

It's possible—almost—to mistake Good Vibrations for a bookstore. It's not so much what the Coolidge Corner shop stocks (the dildo-to-hardcover ratio is skewed very, very heavily toward the former) as it is the studiously professional vibe. The well-organized space means browsers won't mistake bendy beads for bedroom dice, and the overall selection is unbeatable. As one patron described it, 'They carry the latest and greatest, as well as the staples.' 308A Harvard St., Brookline, MA 2446, .