Trained in such advanced techniques as trigger-point work and myofascial release, McMahon often assists victims of trauma, but is equally skilled at treating those afflicted by everyday stress. She views massage as a necessity, not a luxury, and charges accordingly reasonable rates ($85 for 60 minutes) for an experience that will feel more like an afternoon at the spa than one at the, ouch, chiropractor. 651 Boylston St., Boston, MA 2116, . 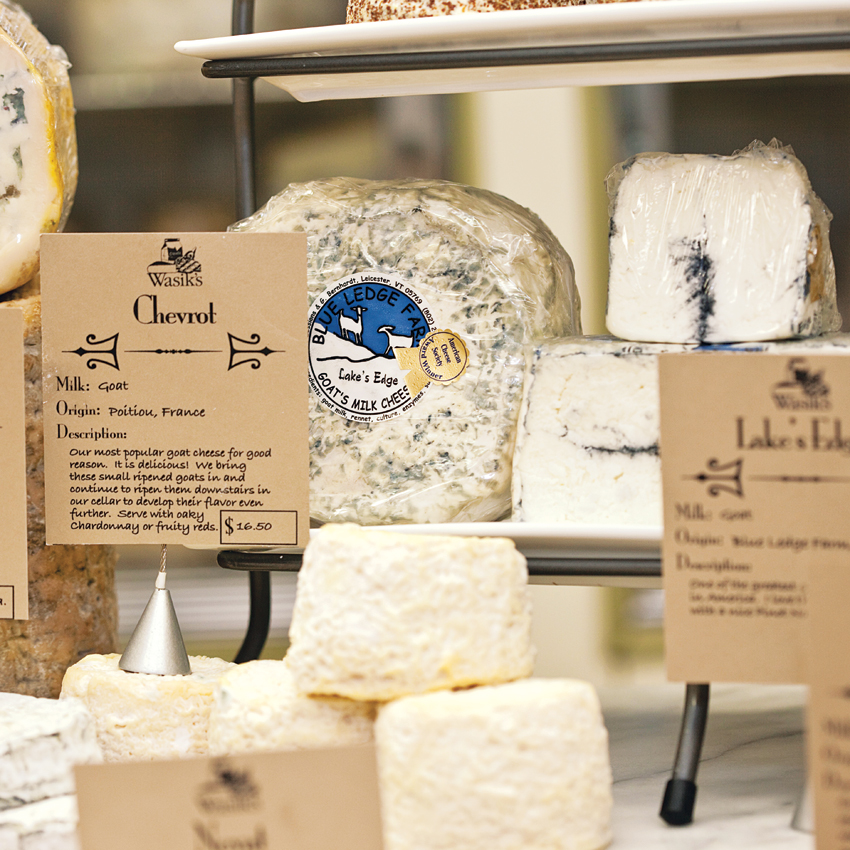 No one makes booze-and-cheese pairings as easy as Wasik's, as it's known by locals. Walk in toting an obscure red or a craft beer, and depart with a sack full of goodies to go with it. Chalk this up to both experience—the Wasik family was ripening and selling artisanal cheese long before it was a foodie obsession—and a massive inventory that ranges from pungent aged cheddars to Basque sheep's-milk cheeses to Vermont chévres. 61 Central Street, Wellesley, MA 2482, .

With its mod open layout and warm brick and wood, Posto is snazzy enough for date night and relaxed enough for family get-togethers. But to truly appreciate one of Posto's pies, fly solo. With a bready aroma rolling off the crispy-chewy crust, and the flavors of premium ingredients (rich Gorgonzola cream, spicy soppressata, fresh baby arugula) only just married, a pizza delivered straight from the wood-fired oven demands—and rewards—your undivided attention. 187 Elm St., Somerville, MA 2144, .

Inevitably, most whoopie pies fall victim to one of two disaster scenarios: The cookie is too hard (demanding a Herculean biting effort that causes most of the frosting to get squeezed out the sides) or it's too soft (resulting in a cakelike pie that fails to satisfy). Finale, thankfully, offers up just-right chocolatey bookends for the real star of the show: the heaping helping of cool, gooey cream cheese bliss. 1 Columbus Ave., Boston, MA 2116, finaledesserts.com.

One of the biggest misconceptions about Ken Oringer and Jamie Bissonnette's South End enoteca is that it's for hard-core meat eaters only. Sure, the restaurant was named after a cured cut of pig and boasts some of the best meatballs in the city, but it also serves beautiful marinated cauliflower with ricotta salata and crispy shallots, briny squid-ink pasta studded with lobster and olives, and cool glasses of bubbly Lambrusco. With this many options (let's not forget the fully loaded pizzas), it's a destination suitable for all. 253 Shawmut Ave., Boston, MA 2116, coppaboston.com. 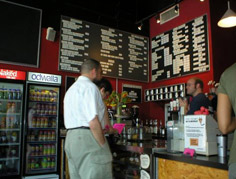 While the corporate megapercolators spend millions on ads that pit yuppies against average joes, the Diesel buzzes blissfully along, keeping the emphasis on the coffee. Tattered banquettes and walls covered with funky artwork provide a quirky welcome to Davis Square caffeine addicts. And one sip of the house blend—made from beans that are subtly roasted, not burnt to a crisp—confirms that the brew here is highly habit-forming. 257 Elm St., Somerville, MA 2144, diesel-cafe.com.

The extensive vegetarian and vegan offerings here one-up the fakin' bacon and sham ham that dominate most meat-shunning spots. At the OtherSide, tempeh can replace chicken in anything, tofu stands in for eggs in omelets, and sandwiches like the avocado-packed California wrap want not for protein. 'Raw foodists' chips and dip' and gluten-free beer further accommodate alternative appetites. 407 Newbury St., Boston, MA 2115, theothersidecafe.com.

For more than 15 years, family-run Greek Corner has created classic, flavor-packed dishes as generously portioned as they are scrumptious. The appetizer sampler includes heaps of creamy ;taramosalata, hummus, and tabbouleh with feta chunks, cucumber, and olives. The lamb kebab and gyro entrées are piled high with pungent, well-seasoned meat, while jumbo falafel plates and a garden's bounty of salad options ensure no one, not even vegetarians, leaves hungry. 2366 Massachusetts Ave., Cambridge, MA 2140, greekcorner.us. 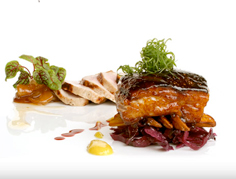 Any chef who can transform a Harvard Square music store into a destination for cutting-edge cuisine is really cooking. (Forgive uswe had to write more than 300 of these things.) Oms Rachel F. Klein, who arrived this winter from New York via Providence, rejects the usual steak and salmon for fresh, inventive dishes that are both conventional and pleasing to the palate. Our favorite, if we have to pick just one: the Okinawa squashstuffed ravioli served with wood-grilled olives in a spicy Thai broth. 92 Winthrop St., Cambridge, MA 2155, omrestaurant.com.

This pretty, brick-lined North End spot is the epitome of what a great neighborhood restaurant should be: small, full of warm greetings, off the beaten path, and equipped with a creative menu that keeps diners coming back. If you're lucky enough to grab a seat at one of the eight tables (there's also a bar), excuse the occasional harried service and enjoy the tapas-style appetizers with a glass of wine before digging into a simple, flavorful entrée, from flaky fresh swordfish to an Italian crepe filled with porcini mushrooms and caramelized onions. 33 North Sq., Boston, MA carmenboston.com/.

It isn't just suits that fill this low-key bistro when the quitting bell rings. Les Zygomates has carved out its place as the area's most comfortable-but-stylish local hangout. Chef Ian Just's prix fixe menu is one of the best deals in town, the kitchen sends out a mean order of pommes frites, Tuesday night tastings explore regional wines with corresponding foods, and evening jazz performances are as smooth as the aforementioned wine. 129 South St., Boston, MA winebar.com.

Why choose a spring roll as the one must-try menu item in a town full of exceptional food? Because the crispy tuna spring roll at Pho Republique is just that: an exceptional take on a too-often-pedestrian recipe. With its flaky, crunchy, fried-to-perfection outsides and its scrumptious insides of sushi rice, creamy avocado, and sushi-grade, raw-but-warm ahi tuna (not to mention the tangy ginger soy dipping sauce), Pho Republique's verison of the spring roll is not just an appetizer. It's a dish that determines the destination. 1415 Washington St., Boston, MA .