Our first choice for children's books is your local public library. That said, this wee shop in Brookline is a close second for its thoughtful mix of classics (of the Make Way for Ducklings, Charlotte's Web, and Eloise ilk) as well as blockbuster newcomers like the Harry Potter series. The selection runs the gamut, from the newly released works of 1940s author Louis Lenski's "little" books to volumes that speak to contemporary teens. The store is nearly childproof, too, with huge stuffed animals and pop-up books on shelves strategically lower in height, so little ones can let themselves, and their minds, wander. 237 Washington St., Brookline Village, MA thechildrensbookshop.net/.

Debi Greenberg and Beth Negron have revamped the top floor and stocked it with an eclectic range of labels that runs the gamut of trends from funky to cool classics. In the Betty room, young, cutting-edge designers at affordable prices hang feet away from the likes of Jil Sander and her European contemporaries, Prada, Gucci, and Dolce & Gabbana. The buying team is constantly on the lookout for new design talent, so expect to find one-of-a-kind items that rarely materialize on department store racks. Another bonus is the sales staff which is fashion-friendly without being overbearing. 234 Berkely St., Boston, MA . 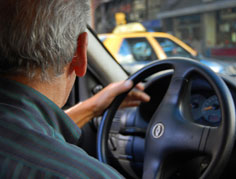 Metro Cab doesn't coast on the status quo: It was taking credit cards before the city mandated it, and recently began letting customers schedule rides online and pay via cell phone. All that wouldn't matter, of course, if Metro weren't also speedy. It has the largest fleet in the area—including vans for people with special physical needs and hybrids for those with special ethical ones—and uses a computerized system to dispatch the cab closest to your location (rather than trying to cajole a driver by two-way radio). 84 Braintree St., Allston, MA 2134, .

There are floral bouquets, and then there is floral art. Ilex is in the latter category, orchestrating fields full of fresh blooms—luminescent calla lilies with orchids and fluffy penoes with full-petaled, butter-hued French tulips. Even the simplest of arrangements are minimalist treasures, such as one with mango-hued garden roses, glossy green anthurium, and pale apricot hypericum berries. The staff, talented as it is, couldn't be more helpful or down to earth. When you're handed your arrangement, you won't know whether to put it on the dining room table or in an exhibit case. 73 Berkeley St., Brookline, MA ilexflowers.com/.

Real Italian food isn't about layering precious specialty ingredients into one impressive dish. It's about honest, simple ingredients that spotlight intense flavors. So it is at Toscano, Charles Street's beloved tribute to Northern Italy. The space, divided by brick walls hung with cooking instruments, antique maps, and handpainted plates, is rustic Tuscan through and through. As is the welcome. And the food. Chef Vinicio Paoli whips up such traditionals as vitello tonnato, roasted veal sliced thin as a dime and smothered with fresh tuna sauce, and a risotto that highlights nothing more complicated than earthy, meaty wild porcini. 47 Charles St., Boston, MA toscanoboston.com/.

Imagine, if you will, a place with simple, well-prepared foods, a courteous and friendly staff, and truly terrific international noshes. Welcome to the Seasonal Table—one-stop shopping for epicures and entertainers alike. Come with your picnic basket in hand and fill it with a smattering of perfectly aged cheese (try the beautiful ash-rolled cylinders of chèvre), fresh-baked bread and pastries, imported beer and wine, exotic ice creams, flavored oils, even elegant flatware and linen. On Sundays the baby grand in the corner comes to life while the "Seasonal Table Sopranos" serenade you. 61 Massachusetts Ave., Boston, MA .

Any restaurant can decrumb your table or change your silverware 500 times during a meal. True service is something else entirely, and no one does it better than Bistro du Midi. We stumbled in on a rainy night after getting rudely booted from another packed spot. "Make yourself comfortable," the hostess said with a smile. "Mind your knees," a server chirped as he nudged our seat in toward the table. It's the kind of coddling that puts an instant smile on your face—and chef Robert Sisca's coastal-French cuisine keeps it there. 272 Boylston St., Boston, MA 2116, bistrodumidi.com. 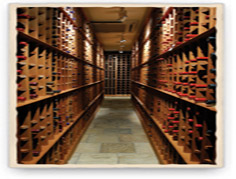 Red wine with meat, white wine with fish—whoa, not so fast! Wine director Sandy Block has compiled 40 pages (because 41 would just be silly) of bottles selected in blind tastings for menu compatibility, resulting in the ideal muscadet for those oysters and the right sangiovese for that spicy cioppino. Some three dozen vintages are available by the glass, and there are five tasting flights (three priced under $10) that change from one visit to the next. The inventory at last year's ace, Troquet, is still worthy, but at the end of the day the options and value are at Legal. 26 Park Plaza, Boston, MA 2116, legalseafoods.com. 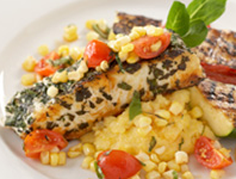 This full-service company can handle everything from bar mitzvahs to barbecues to prepared dinners for families of four. And while the menus have plenty to swoon over—passed apps like mini latkes with smoked salmon and chive crema, or entrées like fig-glazed lamb sirloin—it's what goes on behind the scenes that captured our heart. Started by East Coast Grill and Evoo alum Robert Harris, Season to Taste is one of the greenest companies around, delivering drop-off meals by bike, sourcing primo ingredients from New England farms and stores, and composting to reduce waste. If anyone can make a feast for 100 feel virtuous, it's them. 2447 Massachusetts Ave., Cambridge, MA 2140, seasontotastecatering.com.

Before you board the ferry in Oak Bluffs, make time for one more taste of island living at its greasy, salty, satisfying best: a cardboard box full of Giordano's fried clams. Housed in a no-frills walk-up stand (there are a couple of picnic tables outside) just across from the Flying Horses carousel, Giordano's fries the clams in a light batter until they're crisp and serves them with fresh tartar sauce and lemon wedges. You could order a side of crunchy, boardwalk-style fries, but leave room instead to sample the superlative fried oysters or a lobster roll. 107-109 Circuit Ave., Oak Bluffs, MA giosmv.com/.