<p>"Everyone who walks in here goes, 'Wow!'" says general manager Kate Fergusson. And—self-interest notwithstanding—she's not overstating the case. Just one month shy of a year old, the Artful Hand, in Copley Place, has been quietly wowing people ever since it opened last September.</p> <p>The magic begins at the entrance: large windows reveal a peaceful, almost ethereal environment filled with softly lighted gallerylike displays of top-quality contemporary American crafts. The store does not carry folksy handmade items such as rag rugs, stenciled stools, and macramé plant hangers. What it does carry—delicate hand-painted silk scarves, hand-blown glass sculptures dancing with color, jewelry, whimsical ceramic dishware, and baskets—shimmers with sophistication.</p> <p>Merchandise such as this would seem to fetch astronomical prices. But not all of it does. In fact, buyers Joe Porcari and Terry Weschler make a point of stocking items that appeal to all budgets.</p> <p>"Other countries tend to be more aware and supportive of their crafts people than we are here," says Fergusson. "In the United States, more people are just now beginning to realize that much of American craftwork is really important."</p> <p>And the Artful Hand is a worthy vehicle for that message.</p>

It should come as no surprise that the wine list at Meritage is outstanding. The entire concept of the restaurant is, after all, about pairing food and wine. After 15 years as executive chef of the dining rooms at the Boston Harbor Hotel and of its annual Boston Wine Festival, Daniel Bruce is now cooking for a wine-first audience. The menus at Meritage lead off not with first courses, but a selection of wine styles—sparkling, light, full-bodied, and so on—that are then paired with an appropriate dish. Such a system demands a wine list that's substantial, varied, and reasonably priced, and sommelier Jamie Moore has seen to it that this one is. Moore changes the 850-choice list every two weeks to make room for more bottles of special but recognizable Rhone varietals like Cline, Côtes d'Oakley, or rare gems such as an Aile d'Argent, Château Mouton Rothschild from Bordeaux, or the heaven-on-earth elixir 1990 Château d'Yquem Lur-Saluces, Sauternes. The informed servers want you to enjoy the wine as much as they clearly do, and manage to explain the options in plain English. Boston Harbor Hotel, 70 Rowes Wharf, Boston, MA meritagetherestaurant.com/.

Even if the food at Taberna were lousy (and it most certainly isn't), you'd be too relaxed to care. From the decor to the gracious service to the fruity sangria that arrives in a big ceramic pitcher, this little tapas place lowers your blood pressure, just as an authentic Spanish taberna would. Raise it again with the veal sausage, or try the spinach, sauteed with pine nuts and raisins, or hot dishes (like garlic shrimp) that arrive sizzling in clay pots. The dishes are designed for sharing, and it's a good thing because the novel tastes are conversation starters. | Add candlelight playing off of whimsical wall frescoes and cozy tables spaced a healthy distance from one another and you've got Tasca, where that international language starts to spill from your lips (and we don't mean Esperanto). Oh, and the food is fantastic—Spanish tapas like gambas al ajillo (sizzling shrimp in garlic), jamon Serrano (Spanish cured ham with extra virgin olive oil), and tortillas (traditional Spanish potato-and-onion omelets). 999 Beacon Street; 1612 Commonwealth Ave., Brookline; Boston, MA .

Brockton native and Bush Chief of Staff Andrew Card, who explained that there were two levels of appointees&#8212;those who would be Cabinet members and those, like his old friend Cellucci, "who wanted to be Cabinet members, who [Bush] thought should be in another role."

1995 Best Attempt at Dancing as Fast as They Can

As if internal upheaval, declines in funding, and a cash crunch weren't bad enough, the Dance Umbrella made a bad bet on Bill T. Jones's Still Here. Three nights in a row at the 3,700-seat Wang was a little ambitious for a show featuring the ravages of AIDS. 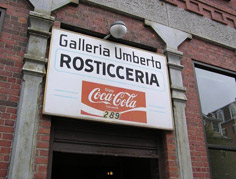 This North End institution's thick slabs eat like a meal. But initiates should beware Umberto's novel closing-time policy: When the food's gone (usually by midafternoon), it's gone, and the employees call it a day. 289 Hanover St., Boston, MA 2113, .

For years we lamented the lack of quality Korean dining in this town. Once Manna House opened its doors, those complaints thankfully came to an end. Now we can dig into tender bulgogi beef and sesame-oil-slicked jop-chae (sweet potato noodles), plus Chinese-influenced dishes like jajangmyeon (noodles with black soybean paste and diced pork) and kan pung gi (lightly fried chicken with a sweet and spicy glaze). And to think that once upon a time, all of this was just a dream. 9 Medford St., Arlington, MA 2476, mannahouse-cuisine.com.

<p>In 1984 and 1985 Stan Grossfeld won back-to-back Pulitzer prizes for his work in Ethiopia and Lebanon and on the U.S.-Mexican border. He wrote and edited The Eyes of the Globe, a compilation of 25 years of the Globe's best photos. He spent 40 days last year playing Huckleberry Finn, floating down the Mississippi on a wooden raft with Globe reporter Wil Haygood. The product of their experiecne, Two on the River, will be published this fall. Most recently Grossfeld received the $10,000 World Hunger Award and donated his winnings to Oxfam America.</p> <p>This year hasn't exactly been a slow one, either. Stan Grossfeld, the Globe's 34-year-old photography director, is now a semifinalist in the Journalist in Space competition. If selected, he plans both to photograph and to write about what life is really like inside a 16.5-foot-long cabin.</p> <p>Grossfeld also scored for the Globe day-after shots of both earthquakes in Mexico City. He photographed the second quake, in fact, while it was happening. "It was really eerie," says Grossfeld, who joined the Globe in 1975, after working at the Star-Ledger in Newark, New Jersey. "I just heard screams and then the ground started shaking and I started running up the street. I felt like a drunk. The street was just heaving underneath me. But then I tried to calm down and make some pictures of it all."</p> <p>Not only did he "make some pictures," but he also made the Globe's deadline by persuading a Delta flight attendant flying out of Mexico City that Friday night to take his film to the Associated Press in Dallas for processing. Grossfeld's photos and first-person account made the Globe's Saturday front page.</p>

He's witty and insightful. Now if he can just tone down his pretentious enunciation of "The Connection."

From photos to posters to high art of every style, The Frame Gallery's vast selection will get the job done to picture perfection. 2 Summit Ave., Brookline, MA .