At this shiny new steakhouse in Burlington's 3rd Ave development, presentation is paramount—and often over the top. (For proof, look no further than the 3,000-plus-bottle wine collection, displayed on a catwalk above a glass-paneled dining room.) James Beard-nominated chef Mario Capone's food is equally dramatic: Steaks come with flags labeling their doneness; a "fork-and-knife cauliflower roast" is served with a knife through the middle; and house-made and individually bottled cocktails are poured tableside. 15 Third Ave., Burlington, MA 01803, the-bancroft.com.

In an era when everyone from your grandparents to your girlfriend has gone “gluten-free,” Clear Flour is unapologetically pro carb. Apricot-studded pain de seigle? Black-sesame sticks basted with garlic-herb butter? It’s easy to see why the yeasty, buttery scent of its long-fermented loaves continues to lure locals in droves. Just arrive early if you’re looking for something special (apologies to the woman behind us who wanted the last rosemary focaccia). 178 Thorndike St., Brookline, MA 02446, clearflourbread.com. 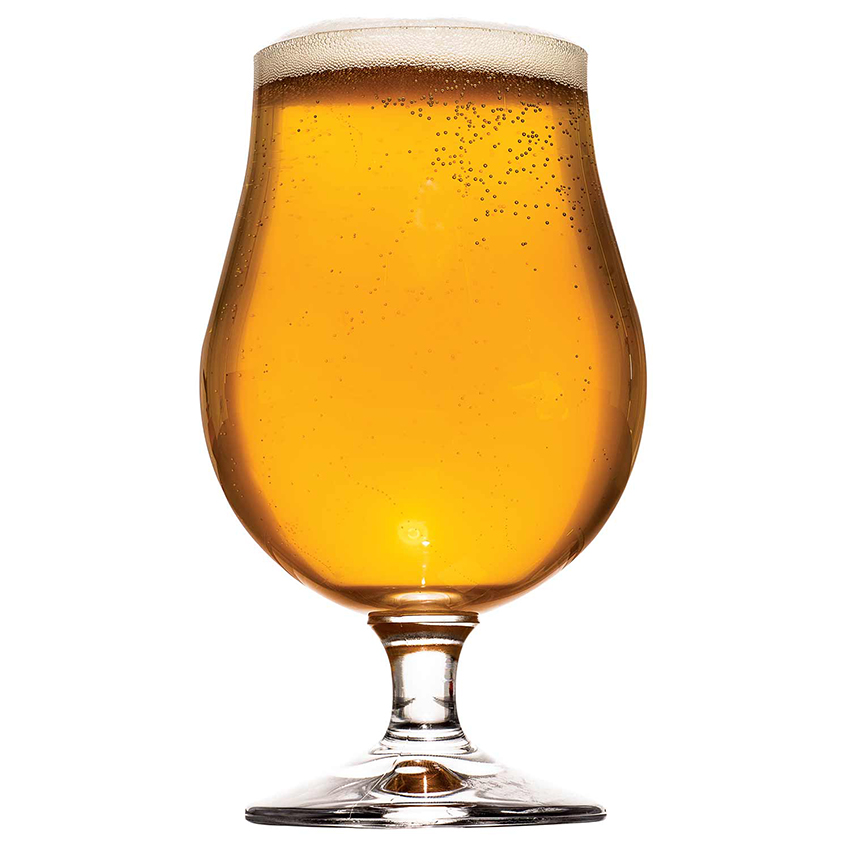 Sam Adams and Harpoon used to be the lone faces of craft beer in Boston, but times change. The most exciting brews in town now emanate from this minute waterfront mecca, which carries a range of wild ales, barrel-aged stouts, cold-brew-spiked porters, and hop-forward IPAs, most named after streets in the Fort Point neighborhood. Up next? A 16,000-square-foot facility in Canton that will allow them to produce upward of 10,000 barrels per year. 369 Congress St., Boston, MA 02210, trilliumbrewing.com. 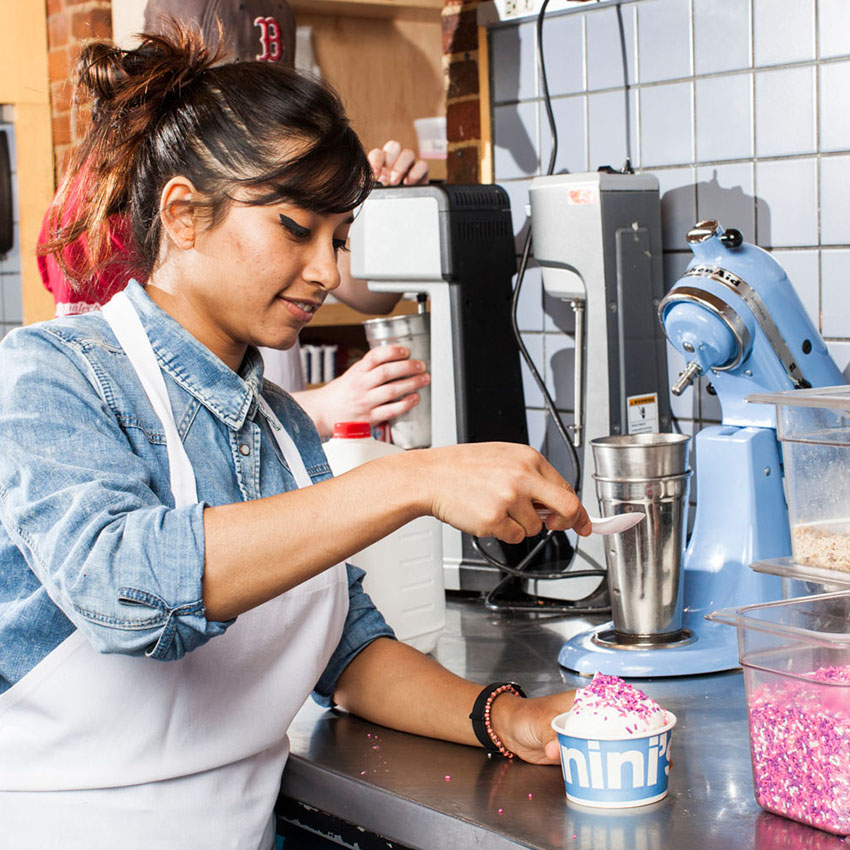 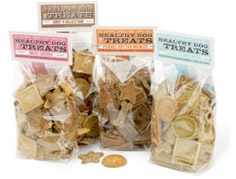 We hate to break it to you: Your dog is definitely getting laughed out of the park in that chain store sweater. Louis's fashion-forward wagwear—print collars, camo rain vests, skull-and-bones hoodies—will have your mutt looking catwalk ready. The store also sells handpainted ceramic food bowls and (very civilized) squeaky monsters. 60 Northern Ave., Boston, MA 2110, louisboston.com. 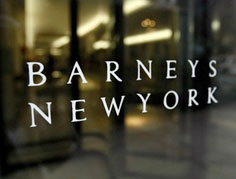 A wise woman once said the only thing separating us from animals is our ability to accessorize. (Actually it was Olympia Dukakis in Steel Magnolias, but still, she was on to something.) What luck that Barneys has arrived to pacify our inner savages. The new two-story spot features bags, bangles, and beaded things from 220 designers, including totes by Goyard, shades by Oliver Peoples, pendants by Sonya Ooten, and cashmere scarves by Evelyne De Clercq. 100 Huntington Ave., Boston, MA 2116, barneys.com.

A good cook knows a sharp knife is the fundamental ingredient of any recipe, and Kitchen Arts is the place to find a knife that will satisfy your inner Mario Batali. (It also sells sharpening steels for gourmands who want a surgeon's edge.) Once you get past the knives, you're ready for the nirvana of kitchen tools and accessories here, from tea strainers and seafood forks to copper pots and pans. 161 Newbury St., Boston, MA .

With cashmere making an impressive showing on big-name designer runways this year, the once-snooty yarn has shaken its stuffy twin-set-and-pearls image. Alan and Be Bilzerian have been addicted to designing and manufacturing cashmere sweaters since Be found out she was allergic to wool. Alas, while cashmere has broken free from the land of country clubs and debutantes, the prices still require a trust fund or two. 34 Newbury St., Boston, MA .

Located just a few blocks from the Porter Square T stop, this store beckons with a welcoming allure. Once inside, the right side of your brain is in overdrive. You may find yourself suddenly wanting to throw a party or wishing you were moving to a new address, just as an excuse to buy the unique invitations and announcement cards. In the back of the store is a separate room filled with a huge selection of stationery and in every possible shade and paperweight. An added plus: Workshops in bookbinding and paper-making are offered. 1810 Massachusetts Avenue, Cambridge, MA paper-source.com. 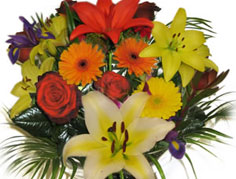 Unlike those florists who oversalt otherwise decent bouquets with fillers and flourishes, Ilex co-owners Andrew Anderson and Carol Sharp are as restrained with their creations as gourmet chefs. Working with the freshest specimens of ingredients both familiar (peonies, roses) and less expected (pitcher plants, kale), they and their gifted design team put together naturalistic compositions that let each flower's individual flavor shine through. Delicate orchids are done especially well here, but rest assured anything from Ilex will be an absolute feast for the eyes. 73 Berkeley St., Boston, MA 2116, .

Where do you go when you can't get rid of that slice? Golf Country in Middletown is the practice range of choice for hackers and Big Cats alike. In addition to a whopping 75 stalls (some newly covered for rain or shine), it has batting cages, miniature golf, and the perfect postworkout pleasure: excellent cones at Richardson's Dairy next door. 169 South Main St., Route 114, Middleton, MA .

The best thing about the most protected marina in Boston Harbor isn't even the free parking; it's the location. Proximity to the locks means quick access to the harbor, but you might decide not to leave once you've seen the view of Old Ironsides and the Bunker Hill Monument. The docking fee, $2.50/foot, is based on the length of the vessel or the slip, whichever is larger. Services available include laundry, shower, cable, and a pool. 28 Constitution Rd., Charlestown, MA .

Gives new meaning to feel the burn. Electrolysis is never a pleasant part of the grooming ritual, but this salon makes it easier with a relaxing ambience (and topical anesthetics). Your once-hirsute patch of skin may be tingling, but that's an improvement over the pain of more violent treatments. Since this delicate process takes time, it's especially comforting to find a competent, confidence-inspiring, and compassionate set of technicians. 224 Clarendon St., Suite 21, Boston, MA .

If he can train Alan Dershowitz, we're pretty sure he can train anyone. We're convinced Baldwin knows the human body outside-in. While he's teaching you proper weightlifting, he explains how each muscle group is working. While you're doing cardio, he gives a minicourse on how your heart is pumping. So you exercise and feel smarter, all at once. Baldwin gets results—without boring you back to your couch-potato world. 61 Cedar St., Suite A, Cambridge, MA .