A visit to a consignment store should feel like a romp through a fashionista's closet, not a garage sale free-for-all. Dress Rehearsal has all the goods and none of the riffraff. From Chanel suits and Louis Vuitton bags to BCBG shoes and Diesel jeans, the eclectic but posh selection of women's clothing can keep any wardrobe fresh. It may not be the largest Newbury Street store of its kind, but quality beats quantity when it comes to designer duds. Plus, the staff is easygoing when you want to browse, but quick to offer an opinion on how to bring together an outfit should you ask. 252 Newbury St., Boston, MA . 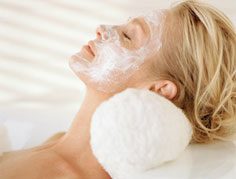 Our poor pores are no strangers to painful excavations, or to being smothered in flowery-smelling goo. That's why they haven't quit thanking us since we introduced them to Anne-Cécile Curot, spa director at Marc Harris's new Financial District location. A Bella Santé alum, this cheery Frenchwoman delivers what we once thought impossible: After an hour on her table, our complexion was the softest, clearest, and most line-free it's been since before puberty (and spring chickens, we are not). Better yet, her ultralight touch and gentle organic products from Rhonda Allison left us feeling blissed out, not roughed up. Salon Marc Harris, 125 Broad St., Boston, MA 2110, .

Yo-Yo Ma has been known to scarf a slice, as has man-with-much-free-time Bill Weld. Sure, they live next door, but fans from far and near flock to Emma's. And even though the autocratic Emma is long gone from this Cambridge takeout fixture— she used to dictate that no pizza could have two meats— Emma's still makes the best thin-crust pie in town. Order early, especially on weekends, when it's a good idea to call at noon for an 8 p.m. pickup. 370 Huron Ave., Cambridge, MA .

Good-for-you health food at the ritzy old Ritz? It's our guess that as successful babyboomers start to sag, they head back to their root vegetables for rejuvenation. But don't be fooled, the days of bland brown rice and tepid tofu are long gone. Take, for example, a Vegetarian Primavera with Roasted Bell Pepper Coulis or delicious Crab Cakes with Pickled Plum Sauce and Braised Napa Cabbage. After a macrobiotic lunch you'll have the energy (and the slim waist) to shop your way down Newbury Street. The menu changes weekly and it's $29 prix fixe for a three-course lunch or dinner. 15 Arlington Street, Boston, MA .

To indulge in the enormous portion of oysters, crab claws, and lobster that seem to have emerged directly from the sea, you must first earn your place at the table: Add your name to the list. Throw cutthroat glances at the interlopers attempting to jump the line. Snuggle up to those beside you, since you'll soon be banging elbows while hoisting oysters to your lips. Once seated, go ahead and savor every briny slurp and satisfying crack of the claw, all while giving the folks still in line a supportive nod, that yes, it is worth waiting for. 63 Salem St., Boston, MA 2113, neptuneoyster.com.

Not that there's much competition in these parts, but Thursday night at the Midway Café is the place to see and be seen in the lesbian community. With a cowgirl aesthetic and more dykes than Holland in the rainy season, the scene is something like a tea dance after a couple of tequila shooters. Expect to see your ex-girlfriend, her new girlfriend, and your new girlfriend's ex—who once dated your recently out former roommate. After slugging down a few Red Stripes and grooving to the house, funk, and chick pop, you'll feel like you're all a part of the same mixed-up family. 3496 Washington St., Jamaica Plain, MA midwaycafe.com/.

Follow the glitter trail to Oberon, where nearly every weekend, a blizzard of pixie dust transforms the cabaret into an immersive disco inferno. This lamé-and-polyester-sheathed version of A Midsummer Night’s Dream—an ode to both the Bard and Studio 54—may have launched in New York, but its 2009 revival in Cambridge gave it new life: After throwing 800-plus dance parties in the venue (christened in honor of the show’s Shakespearean fairy king turned sleazy nightlife impresario), it’s clear this disco is far from dead. 2 Arrow St., Cambridge, MA 02138, americanrepertorytheater.org/oberon. 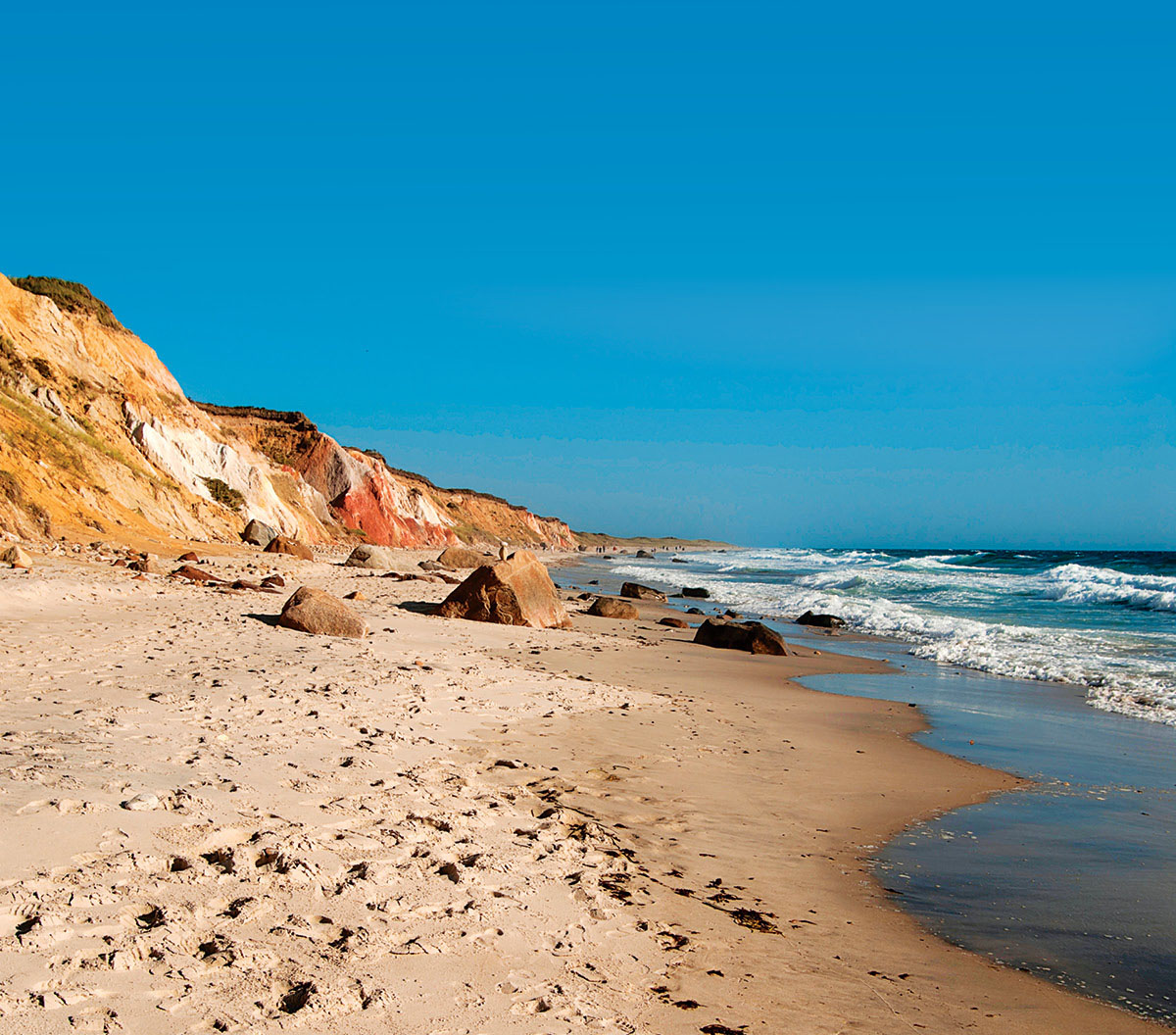 We’ve finally ditched the masks. Now it’s time to … ditch the clothes, too? Embrace the Roaring Twenties on this remote stretch of sand and boulders at the foot of the Gay Head Cliffs, where nudity is the norm (though you’ll at least want to bring a pair of sturdy, waterproof shoes for the 10-minute walk from the public Philbin Beach parking lot). Once you get comfy with the clothing-optional dress code, you’ll be able to marvel at the vibrant clay that makes up the cliffs surrounding the beach. Just don’t touch: The natural treasures, sacred among the native Wampanoags, are under environmental protection to thwart erosion. 71 Moshup Trail, Aquinnah, MA 02535, .

2020 Best Restaurant in a Crisis 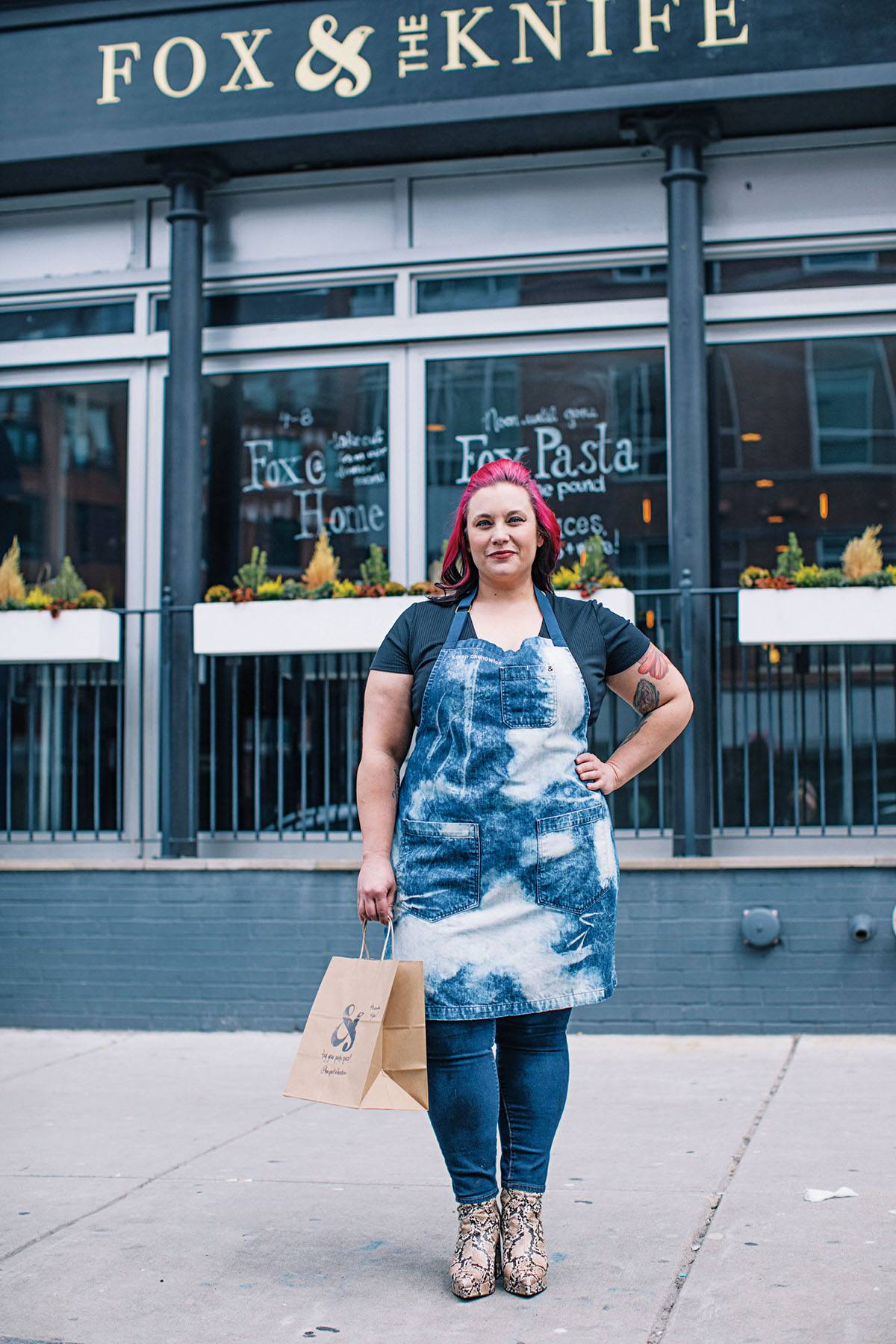 The restaurant industry reeled when Governor Charlie Baker banned on-site dining in March. Top Chef alum Karen Akunowicz, though, rolled with the punches like a champ. Somehow, she successfully translated her sophisticated Italian menu items—such as saffron-bedecked spaghetti with clams—into takeout and delivery. She also slyly launched Fox Pasta to sell house-made spinach mafaldine and other varieties by the pound, plus sauces by the pint. And she quickly readied her patio for devouring personal pizzas and frosé once outdoor dining was allowed again. Adaptability, thy name is Akunowicz. 28 W. Broadway, South Boston, MA 02127, foxandtheknife.com.

Your wedding caterer should be, above all else, a perfectionist. You don't want boring and bone-dry chicken any more than you want poorly timed service or cheesy table settings. The Catered Affair owner Holly Safford is just that—a perfectionist who runs her tight ship with equal parts creativity, fabulous taste, efficiency, and soul. What's more, she's been doing it for decades, and her seamless organization and calming demeanor has kept many a girl from turning into Bridezilla. Take that, Martha Stewart. Accord Park, Hingham, MA thecateredaffair.com/. 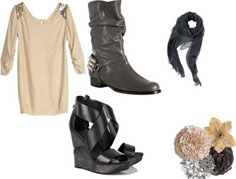 Even the bad pun can't keep us away from a pet service this efficient, loving, and dependable. Owner Scot Jones clearly cares for his four-legged commissions with the same passion he does his business, keeping an organized staff of five fully briefed in everything from pet first aid to the fundamentals of TLC. Whether it's cat sitting (litter changes included) or dog walking (rain or shine, 365 days a year), Paws to Consider makes as many visits as you want—and will even care for plants, collect mail, and make veterinarian or grooming runs. 24 Halifax St., Jamaica Plain, MA pawstoconsider.com/.