Let the Newbury Street bigwigs battle it out for the spotlight. Color virtuoso Antonio Vitale is content to sit back in his humble Kenmore Square studio and fix any of their overzealous fiascoes. Vitale discreetly repairs even the worst mistakes; his eye for natural, flattering color is invariably dead-on. Little wonder, considering that his other career is as an artist. (This summer saw his gallery show of beautiful three-dimensional landscapes). And while there's nothing abstract about his talent with hair, Vitale brings the same respect for light, color tones, and nature to both of his vocations. 464 Commonwealth Ave., Boston, MA . 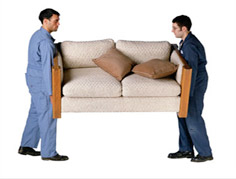 There comes a moment during most moves—usually preceded by the sound of breaking glass—when homeowners wonder if they'd have been better off on their own. Following their own move-gone-awry five years ago, brothers Eric and Aaron Goodwine rounded up an eight-person crew and set out to turn their frustration into a business. Goody's wraps and pads like the big companies, and even offers a post-move-out 'old-school toothbrush and white glove' cleaning to your now former abode. It almost makes us want to break out the boxes. Almost.

Chuck Bass isn't fond of small talk (so don't even try to land any Gossip Girl jokes). Sure, there'll be the usual banter about what you're looking for in a trim, but as soon as he lifts the scissors, he'll go ninja on your locks, stealthily maneuvering through his multi-step shearing (first wet, then dry, and once more after the blowout). By the time you leave, every hair on your head has been restored to its rightful length and place. 116 Newbury St., Boston, MA chuckbass.com. 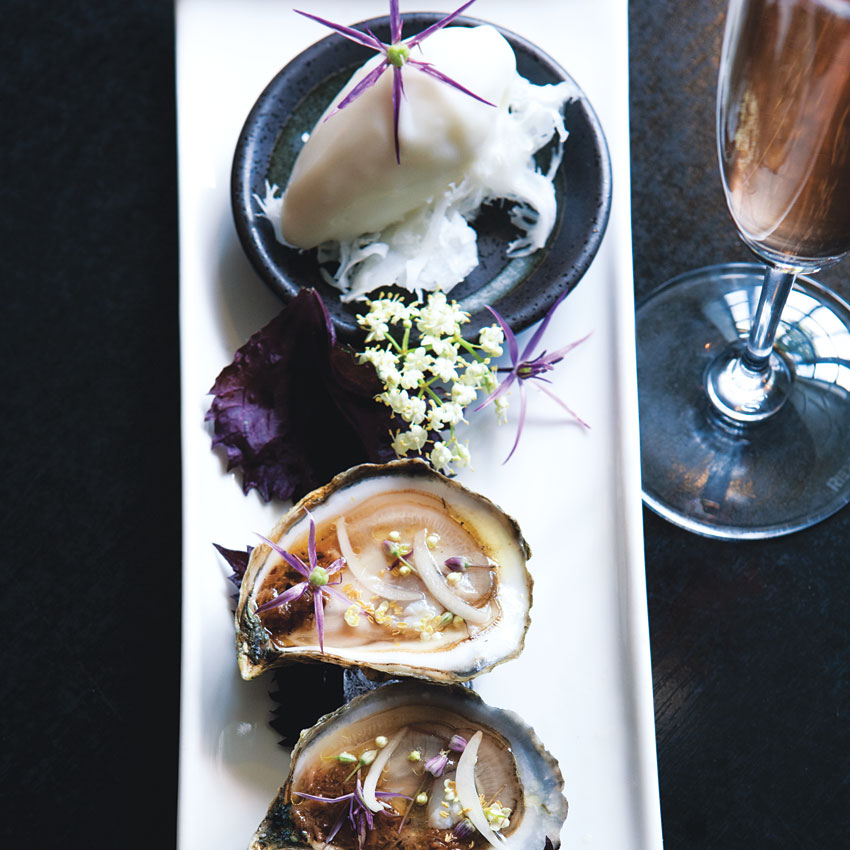 All too often, a chef's tasting simply comprises diminutive versions of regular-menu offerings, followed by a not-so-teeny tab. Done right, though, it's a chef's chance to do something truly imaginative or showcase some fleeting and wonderful seasonal ingredients. At his flagship restaurant, Clio, celeb chef Ken Oringer presents a series of nine or fourteen dishes that toy with the senses, like a savory burned-bread soup that tastes like the happy result of a kitchen snafu. He also offers tastes of ephemeral items like Japanese cherry-blossom trout, available for just a few weeks a year. Expect to be wowed—and charged accordingly. 370 Commonwealth Ave., Boston, MA 2215, cliorestaurant.com. 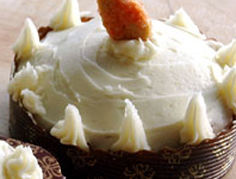 It's the oldest story in the book: Man tours steakhouses, steakhouses run gamut, man eliminates fading relics, lesser chains, and 'modern' meateries where the flourishes outshine the beef. And by the final page, Abe & Louie's and Grill 23 once again have emerged as the heroes of our tale. In terms of overall atmosphere, it's a draw (lively merriment versus relaxed elegance), but Abe & Louie's cuts are a touch more flavorful, the wine list a tad kinder to our bottom line, and the non-steak options—like the addictive crab cakes—a little nearer to perfection. After all, in a showdown this sizzling, victory is measured by degrees. 793 Boylston St., Boston, MA 2116, abeandlouies.com.

Neither plain nor pretentious, this enchanting and candlelit treasure is a lesson in presenting good food with muted sophistication. Dishes including grilled salmon with tomato-tarragon butter or black-pepper pappardelle with chicken confit, fennel, and spinach, are as warm and agreeable as the earth-tone décor, while the bar menu shines with reasonably priced treats like frog legs with baby broccoli and oyster poboys. The room is cozy enough that finding a table on weekends can be competitive, but locals know the strawberry rhubarb croustada is worth lingering over. Besides, with such a lively bar, the wait is half the fun. 219 Elm St., Somerville, MA . 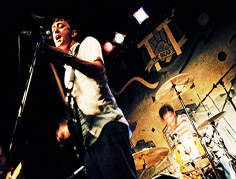 In the romantic hour when streetlights first crackle to life, lonely singles prowl the city from Commonwealth Avenue Mall to Minuteman Bike Path with naught but their trusty pooches for companionship. And for many of them, the motive is pure, unadulterated animal attraction. We're talking high long-term potential here: If someone can take care of Max's daily needs, then he or she can probably feed a human relationship. And it's easy to meet other owners; unlike some of their owners, dogs aren't afraid to stop, check each other out, and shamelessly pair off. MA

The Nields were once an acoustic trio—two Nield sisters, Nerissa and Katryna, and Nerissa's husband, David, who took their name—before evolving into an electric quintet. Although the Nields successfully made the transitoin form folk to rock—its latest release, Gotta Get Over Greta, was produced by U2/Sinead O'Connor producer Kevin Moloney—the band has not completely lost touch with its folk roots. It now lies somewhere in between, and is part of the new breed of folk that includes artists such as Ani DiFranco and Sarah McLachlan.

After four years of flirting with bestowing this award on Clio, we're finally at the swooning point. What makes Clio the best? To begin with, there's chef Ken Oringer's cuisine, marked by provocative flavors and Franco-Asian techniques. Then there's the smart-yet-casual little dining room, the topnotch service, and general manager Christian Touche's French sensibilities that keep the place humming with symphonic cadence. The menu may raise eyebrows with offering such as scallop ceviche with watermelon and a petite "rack of rabbit," but the results are a refreshing culinary free-fall well worth a leap of faith. The tasting menu is the ultimate lesson in creativity, balance, and timing, offering anywhere from 12 to 15 ounces of bite-sized creations in a progression of tastes and textures that run the gamut (hot to cold, raw to cooked, fish to fowl) without once running astray. Eliot Suite Hotel, 370A Commonwealth Ave., Boston, MA cliorestaurant.com/. 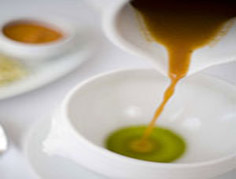 Like a Verdian lothario, this town's upscale Italian has a knack for breaking hearts. Leave a place transported by its pillowy gnocchi, and you can bet your Bolognese it'll be dense as lead when you go back for more. Spending more while testing this category than for French and Steakhouse combined, we mourned the fall of every contender, with consistency issues (Bina), new-project distraction (Dante), service glitches (Sorellina), and failure to inspire (everyone else). Sorry for the lame valentine, Rialto, but we've got baggage. Just say your roast duck will remain tender and your stellar pastas will stay true, and we'll break this serial-monogamy habit once and for all. 1 Bennett St., Cambridge, MA 2138, rialto-restaurant.com.