This emporium's selection depends solely on the weekly deals they score from their suppliers, so buy what you love now, because it may soon be gone forever. And attention bargain hunters: Bin Ends' "six-pack' special (buy six bottles and get as much as 50 percent off) is a steal. 236 Wood Road, Braintree, MA 2184, binendswine.com.

These authentic Veracruz counter-service spots in Boston, Medford, and now Somerville are cheerful and bold, with huge menus: Don’t miss the achiote-and-pineapple tacos and the salted-beef-and-cactus antojitos. Once you’ve doubled your daily caloric intake, take home a few homemade tamales to tide you over until your next visit. And don’t forget to request the house hot sauce on your way out the door. 3 Lewis St., Boston, MA 02109, tenochmexican.com.

What can’t Kelli Parker do? The custom stationer works with engravers, printers, and suppliers to make clients’ grandest visions a reality. Cases in point: She recently assembled crocodile-embossed boxes lined in white suede to hold a pair’s invites, and once created a bus wrap featuring 10-foot-tall photos of a couple—all in a day’s work for this design doyenne. One Auburn Place, Charlestown, MA 2129, adeux.co.

Even back when preppy-populated Wellesley thought Prada was a museum in Madrid, Gretta Luxe owner Gretchen Monahan was stocking her streamlined downtown boutique with names like Marc Jacobs and Calvin Klein. Once her fever spread, it spread fast, and now she's doling out enough pretty, witty designs from Jimmy Choo, Catherine Malandrino, Strenesse, and Barbara Bui to rival any big-city scene. Even Madrid's. 94 Central St., Wellesley, MA grettaluxe.com/.

Mario Russo has, at last, given Maria Grace Rodrigues a room of her own. The manicurist now sits behind a beaded curtain on the second floor of Russo's redesigned Newbury Street salon, where a simple white workstation provides the appropriate backdrop to her calm demeanor and lighthearted banter. Best yet, her technique has been honed to perfection: Her pretty polishes last well beyond a week. 9 Newbury St., Boston, MA mariorusso.com/.

Like some fabulous fairy godmother, Dani Wagener waves her mascara wand and—poof!—you're transformed into a sultry siren or a girl next door. The makeup artist honed her skills (including seamless airbrushing) at Nars, Estée Lauder, and Shu Uemura before opening her own studio this past year. She's got plenty of famous faces to her name, too, with Anna Wintour among those who've sought out her magic touch. 125 Newbury St., Boston, MA 2116, daniwagener.com. 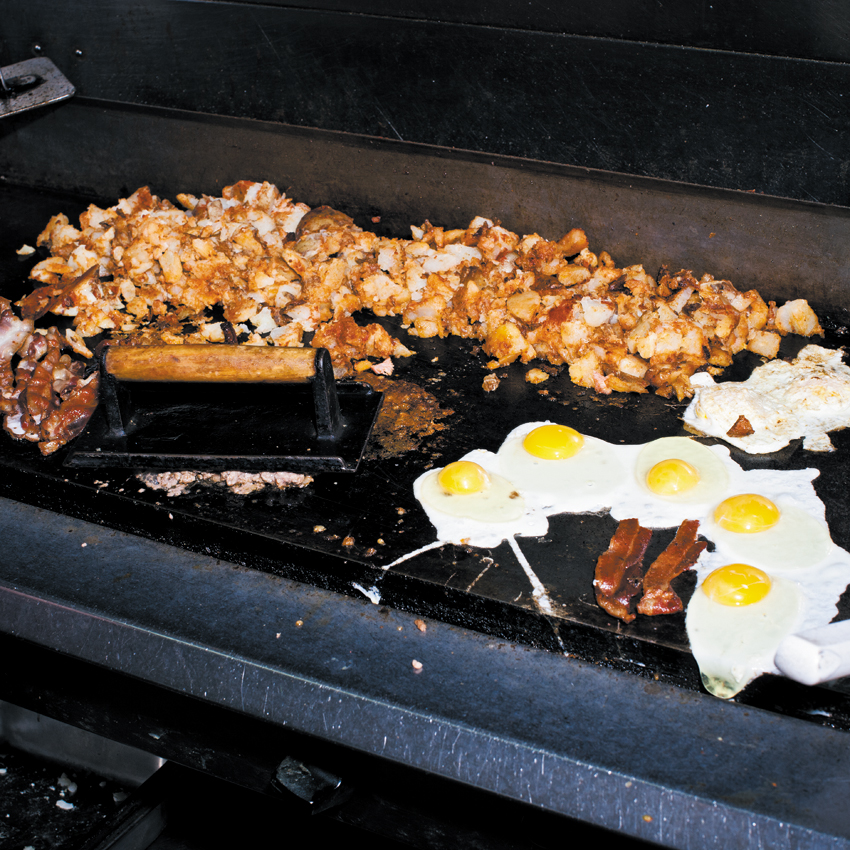 Despite a brief brush with fame following a 2011 appearance on Anthony Bourdain's No Reservations, Southie's tiny Galley Diner remains a charmingly low-key spot for a good meal any time of day. The corned-beef-hash-and-cheese omelet (the "Southie") is a favorite, but the finest breakfast here is the handcarved ham, which is cut off the bone right in front of you, seared on the well-seasoned griddle, and served with a couple of over-easy eggs and a pile of crispy home fries. 11 P St., Boston, MA galleydiner.com.

It's been less than a year since this unassuming Italian bistro took over the spot once occupied by On the Park, and Joe V's has already shown that it can hold its own in a neighborhood crowded with great restaurants. The excellent food at reasonable prices ranges from thin-crust pizzas with a tangy, garlicky sauce, to confidently executed classics (lobster ravioli), while delicious brunch dishes (the South Beach omelet, with Egg Beaters, ham, and tomato) keep the locals dropping in all weekend long. 315 Shawmut Ave., Boston, MA .

Unpretentious watering hole on the fringe of pretentious Back Bay. Safe. You won't be sorry. 495 Beacon St., Boston, MA . 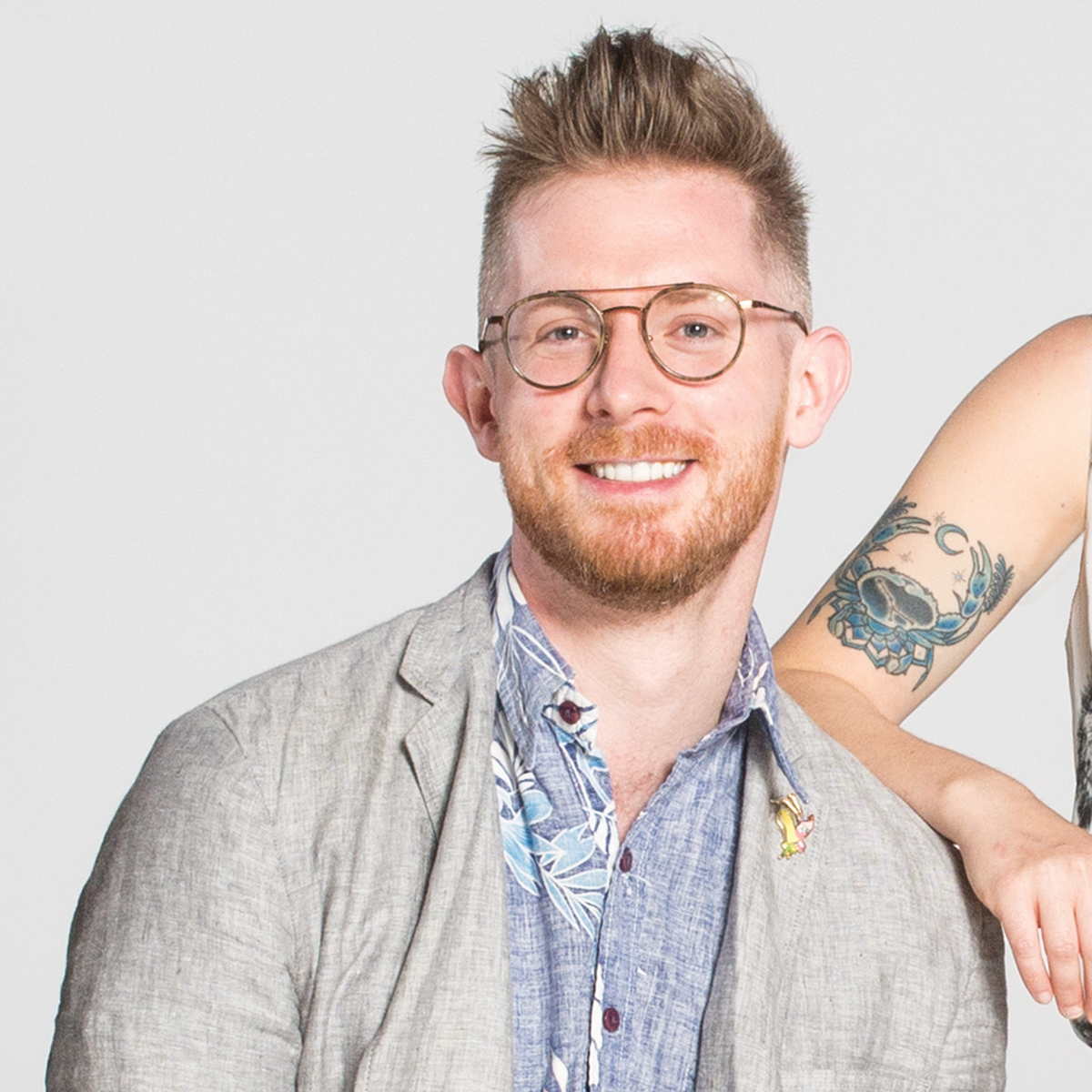 Will Thompson honed his cocktail craft at Drink, developed a spot-on classics-focused opening beverage program for gilded supper club Yvonne's, and has now come up with something entirely fresh for the Peruvian-Japanese-inspired Ruka. Detailed in a 24-page booklet, his cocktail menu is filled with exotic ingredients and over-the-top whimsy—e.g., the Morning Star, a whiskey drink served in a flower pot. Finally, serious cocktail geekery has loosened its tie a little. 505 Washington St., Boston, MA 02111, rukarestobar.com.

Even the sartorially splendid sometimes need help updating their wardrobes, and Stonestreets has an all-encompassing selection of menswear from Joseph Abboud to Hugo Boss and the increasingly hard-to-find Paraboot line of shoes, which can take you from the boardroom to the boardwalk. The sales staff is adept at interpreting today's dresscodes (in other words, they understand the concept of casual Fridays) and are more than willing to impart their well-honed advice. 131 Newbury St., Boston, MA .

Cones from this cute Inman Square shop lick sweeter, silkier, and stronger than the rest, and for less moolah. Ice cream here has it all: mastery of the oft-muddled sugar/ salt balance, startling hints of exotica (like kulfi flavor, with cardamom and pistachio), and decadent-sounding varieties that don't hold back (try Nietzche's Chocolate Ascension). 1255 Cambridge St., Cambridge, MA .

Once a locally beloved antique shop, the Brown Jug is now home to a different, though no less precious, stock: artisanal cheeses from far-flung makers, imported and delectable olives, Iggy's breads, pâtés, handmade pastas, and lots of herb-infused olive oils. No matter how rustic your picnic, the fixings on offer here will lend it a delicious bit of worldliness. 155 Main St., Sandwich, MA thebrownjug.com/.