In the comely Henry James room, a fresh orchid echoes earth tones and the arc of a tree depicted in the Hudson River School painting behind it. Such details are characteristic of the Charles Street Inn, built as a Victorian townhouse in 1860 and revived four years ago as a beautiful inn by proprietors Sally Deane and Louise Venden. Today's rooms call up prominent Bostonians—Emerson, Gardner, Holmes. The Henry James Room, for example, offers lovingly restored classic antiques along with a thoughtfully stocked mini-fridge. The personable staff operates on the rare and precious middle ground between friendliness and respect for guests' privacy. 94 Charles St., Boston, MA .

"Quaint," "romantic," and "personal" describe many a bistro around here. But underrated Salts takes those attributes to a new level, due partly to its inn-in-the-French-countryside polish, but owing mostly to chef Gabriel Bremer's exquisite seasonal plates—roasted halibut with heirloom-potato gnocchi and dill emulsion; bergamot-cured ocean trout with breakfast radishes and pea greens—all teeming with ingredients from Salts' own organic farm. Order the duck for two, and a hush falls over the dining room as it's presented whole at your table. 798 Main St., Cambridge, MA 2139, saltsrestaurant.com.

The sister property to the iconic White Elephant harborfront hotel, this luxe resort caters to guests’ every whim: Need a ride to dinner? A loaner bike to explore the island? Scoops of ice cream to keep the kids entertained at the pool? Done, done, and done. The circa-2012 inn offers plush rooms and suites, but for a picture-perfect—and stress-free—family getaway, you’ll want to reserve one of the spacious " premier residences," which offer one-, two-, and three-bedroom configurations. 19 N. Water St., Nantucket, MA 2584, whiteelephantvillage.com.

The only person who wasn't in on the backroom maneuvering that made him council president. "You talkin' to me?"

If you dove headfirst into last year’s pool-installation craze, a professional maintenance team is likely top of mind. Who better to look after your new oasis than a firm that builds some of the finest swimming holes around? Trust the experts at Guarino’s Swimming Pool Service — a subset of acclaimed pool contractor SSG — to open and close your in-ground gem each year, keep the water clean and balanced, and respond swiftly and skillfully to leaks and faulty equipment. ssgpools.com/guarinos-pool-service.

Mention any substance other than tobacco in this cluttered Kenmore Square hole-in-the-wall and you'll find yourself escorted to the sidewalk. The staff is just that dedicated to staying within the boundaries of the law. However, they're equally dedicated to selling what is inarguably New England's most impressive collection of smoking glassware. Even nonsmokers can appreciate the artistry behind a delicate hand-blown water pipe, intricately swirled with more than 20 hues of blue. It's nothing short of arresting. 472 Commonwealth Ave., Boston, MA sugardaddys-boston.com/.

The team behind Trina's Starlite Lounge injected some much-needed energy into Newburyport with a beach-inspired, rum-fueled hangout that fits the bill from day to late night. Brunch here means strong and spicy bloody marys (with or without bacon), doughnut holes, shakshuka, and an egg sandwich worth traveling for. "Dessert" is the Sandy Point paloma, made with Clown Shoes Clementine Witbier, grapefruit cordial, tequila, and a lime-salt rim. Then you nap. 27 State St., Newburyport, MA 1950, paddleinnsurf.com. 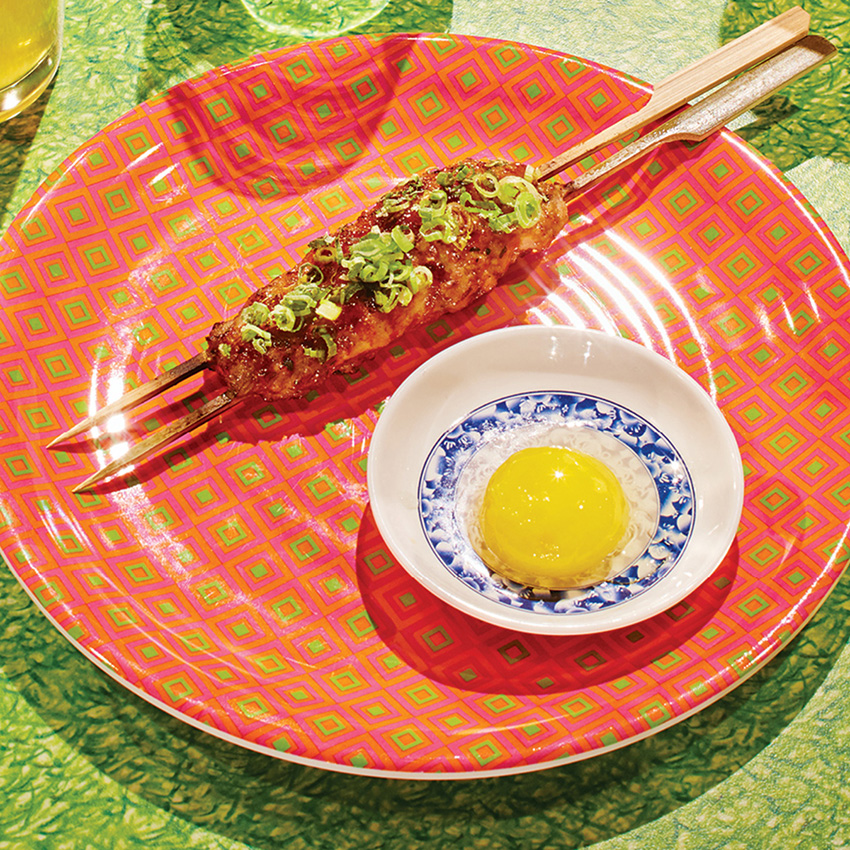 When the Verb Hotel opened last summer, it was the cherry atop Boylston Street’s transformation from gas-station-pocked urban blight to nightlife destination. Tim and Nancy Cushman’s Japanese izakaya anchored that metamorphosis with their gastronomic Tilt-a-Whirl featuring fluorescent cocktails swilled from plastic guitars. Now postgame watering holes are sprouting up around Fenway like kudzu, but the best fetes still end on the Verb’s lantern-lit ground floor, the sounds of karaoke echoing into the night. 1271 Boylston St., Boston, MA 02215, hojokoboston.com.

This basement hole in the wall has been the cradle of some of Boston’s most killer jam sessions since it opened as New England’s first African-American–owned nightclub in 1947. Walk through its famous red door and you can feel the history: Generations of soon-to-be stars from the New England Conservatory and Berklee (such as a young Esperanza Spalding) have tested their chops before this discerning crowd. You never know who you might see before they become the next big thing. 427 Massachusetts Ave., Boston, MA wallysCafe.com.

Enough with the stuffy, starched-napkin lounges that have for years dominated hotel cocktail scenes. The Westin Hotel's Bar 10 is dedicated to taking it easy in style. At lunch and after work, a well-heeled crowd sinks back into high-backed leather chairs and sips extra-strength cosmopolitans, picks at the lighter Mediterranean menu, and schmoozes unabashedly. Half hip, half classic, the room and its spot-on service encapsulate what a modern watering hole should be, without missing any of a hotel bar's romance. 10 Huntington Ave., Boston, MA bar10boston.com/.

Sure, you'll find General Gau's chicken, lo mein, fried rice, and other Chinatown favorites on New Shanghai's endless menu, but it's unexpected details like a decent wine list, polished flatware, and cloth napery that sets this restaurant apart. Not to mention chef C. K. Sau's dexterous and bold food, from spicy noodles laced with shredded pork and pickled cabbage, to strips of eggplant sautéed in garlic sauce. Sau's true talent lies in his seafood preparations, particularly the crispy whole fish in a tangy, spicy sauce, and scallops adorned with a black peppercorn glaze. Feeling bold? Try the braised fish head, a surprisingly subtle and soothing casserole that, despite its name, is delicious—and, once eaten, gives you bragging rights. 21 Hudson St., Boston, MA newshanghairestaurant.com/.