Inheritor of Brian Mooney's mantle as the town's most tenacious investigator, Caruso was the first to begin unraveling the Mary Beth Lenane story, and was all alone on the poisoning of two children in a Roxbury foster home. When you think of Caruso, the word unrelenting comes to mind.

The kishke here is cooked on a grill so that the outside (which is the intestinal lining of a cow or calf) gets nice and crisp. The stuffing is a flavorful mixture of matzo meal, onion, rendered chicken fat, and spices, and the whole thing is smothered in a good meat gravy. 182 Mass. Ave., Boston, MA .

The display cases at this Newbury Street shop hold luxe vintage and pre-owned watches (think Cartier, Rolex, and Jaeger-LeCoultre), as well as brand-new tickers. Visit the website to see what's in stock and make plans to buy, sell, or trade for a fair price. Employees know their stuff and service many brands on-site. 232 Newbury St., Boston, MA 02116, europeanwatch.com. 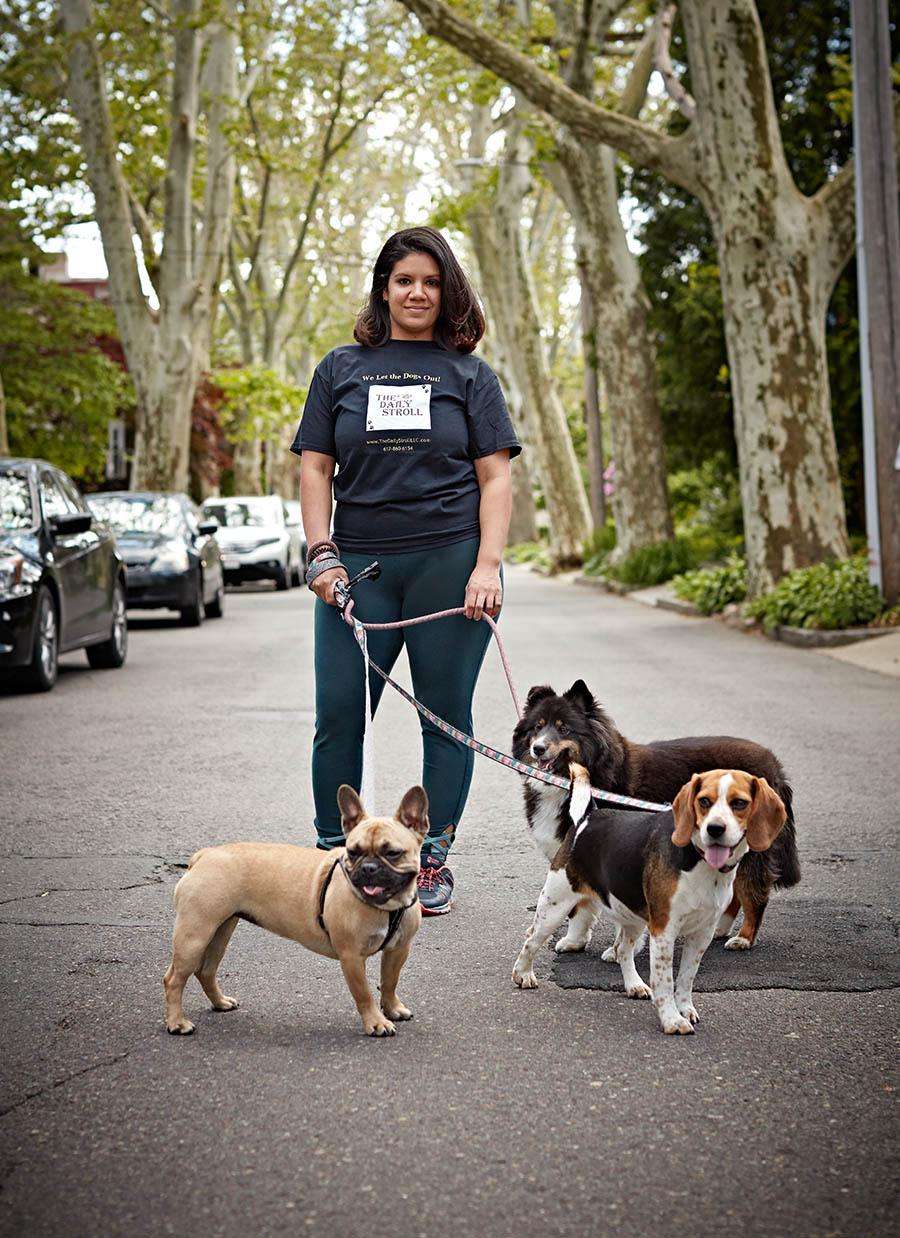 Sign up your four-legged friend for 30-to-60-minute walks that avoid toxic ice melt in the winter and hot pavement in the summer; off-leash pup playgroups; or daycare, where they’ll enjoy lounging on couches and playing with toys. Your dog will come home tired but happy and ready to snuggle. thedailystrollllc.com.

Amy Hahn Heller's shop is a mecca for bargain hunters, stocking gently worn versions of only the best: Hermès scarves, Chanel jackets, Prada skirts, and designer bags. And with all the cash you save on everything else, coming home with an extra pair of YSL pumps is entirely forgivable. 53 Langley Rd., Newton, MA 2459, thefinerconsignershop.com.

Shopping for a fridge or stove at a big-box store can be absolutely maddening, with all the appliances displayed like lawn mowers. At Yale, the ceilings are low, the lighting is soft, and each piece seems like a perfect fit for your home. Peep the $16,000 ranges on your own or book a tour at the desk. 296 Freeport St., Boston, MA 2122, yaleappliance.com.

What good is having a face that holds up against time and gravity if you neglect your hands? They're the surest sign of a person's true age. A manicure by Victoria will help console even the most abused paws. And they'll look so good, you'll never ignore them again. 118 Newbury St., Boston, MA .

Forget the bland griddle frisbees from IHOP that turned you off pancakes years ago, and get thee to Doyle's. Plumped with luscious strawberries, these pancakes are so moist you can skip syrup entirely. True gluttons, however, will want to drizzle it on and sponge up the whole sweet mess. 3484 Washington St., Jamaica Plain, MA .

The big new station looks like a small spaceport with its three-story-high concrete terminal, curving ramps, and Route 93 arching over the whole thing. Too bad it has the same old trains and buses as the other stops. Charlestown, MA

Brooks Brothers skirts, Louis shirts, white leather boots, and black funk. What do they have in common? You can see 'em all at the St. Cloud bar, where anybody and everybody feels at home nibbling an appetizer or scarfing down a four-course dinner, even at midnight. 557 Tremont St., Boston, MA .

This last year tells us that we may have a good old-fashioned newspaper war in town.

Yes, the Globe still holds most of the cards, but the Herald made 20 new hires and created an investigative unit, and its sports section continues to stomp the Globe's. And the Globe, which used to regard the Herald with lofty disdain, has sharpened its political reporting and is now starting to take shots at the Herald.

During the 1994 campaign, Inker, Joan Kennedy's divorce attorney, pressed her ex, Ted Kennedy, for more money. Small wonder that dissatisfied spouses across the commonwealth have long said of Inker, "Don't leave home without him."

Thad Siemasko and Jean Verbridge lead a skilled team of organized, disciplined architects whose greatest talents come from knowing what makes a house a home, as seen in such recent projects as a cozy mountain retreat built into a quiet urban hideaway. Beverly, MA svdesign.com.