Stop us if you've heard this one before: City chef heads to the 'burbs, ditches fine dining for comfort fare, and watches culture-starved locals pour in. Original or not, we're smitten with Il Casale, which opened this spring in Belmont's old fire station. Maybe it's because owners Dante deMagistris and brothers Filippo and Damian grew up in the neighborhood. Or it could be the simple family recipes. Who cares? We just want some more of that gnocchi with porcini cream, burrata with pistachios, and fluffy tiramisu. 50 Leonard St., Belmont, MA 2478, ilcasalebelmont.com. 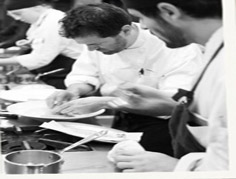 Tony Maws isn't one of those chefs who tries to make it look easy. In his new Central Square digs, the open kitchen takes center stage, providing an unobstructed view of exactly how that (Vermont organic) lamb three ways and (Maine dayboat) halibut get onto the plate. Maws even spells out his principles on the Craigie website, including 'First we find the ingredients, then we create the menu'—which means that every day he's sourcing what's local, in season, and, for the most part, organic. By degrees, Maws takes it further than anyone else in town, and his work is your reward. 853 Main St., Cambridge, MA 2139, craigieonmain.com.

The John Dewar & Company operation has been in business only since October, but already its commercial clients include Front Street, the Hermitage, and Jason's. The Dewar company also encourages retail business at its 753 Beacon St., Newton, address. According to Fred Donovan, the vice-president and chief meat cutter of the store, "We're not trying for the strong sell. We just want to satisfy the customer. We don't care if they come in for one hot dog or four ounces of hamburger. We treat all our customers the same." John Dewar & Company, .

Ask almost anyone to name the milestones in life they hate most, and moving invariably ends up in the top five. The experts at Nick's prove that even the most intense uprooting needn't mean an existential crisis—or any other crisis, for that matter. Staffed by a network of experienced, careful, swift, and—get this—often intelligent movers, Nick's takes one of life's most stressful moments and makes it almost easy with speed, organization, and even humor. Moves are efficiently structured, valuables are carefully wrapped and packed, and customers' concerns and requests are handled with respect. Moving may never be fun, but moving with Nick's comes closest. 495 Columbia St., Somerville, MA bostonmamovers.net/.

Those succulents you impulse-bought are thriving, and now you’re ready to take your gardening game outside. Head over to McCue in Woburn, where blooms, shrubs, and trees of all stripes are dressed to impress. Stroll through the greenhouses to find overflowing hanging planters and endless rows of vibrant annuals, or freshen up your skills with one of the free gardening courses. And if you aren’t quite ready to dig into an outdoor project, the family-owned nursery also offers hard-to-kill houseplants and pots that are too cute to resist. 200 Cambridge Rd., Woburn, MA 01801, mccuegardencenter.com.

With a stunning Carrara-marble bar along one wall and exposed wood beams and brick all around, this sleek Newburyport spot from the team behind nearby Ceia manages to be both a local hangout and a destination. Chef Justin Shoults's extravagant menu focuses on both land and sea—delicate sea-scallop ceviche with caviar, lime, and grapefruit; prime cuts of beef (the 16-ounce rib-eye is only for the brave…and hungry); and caviar service. Then again, if all you want to do is sit at the bar with a pint, a few pristine oysters, and a steaming bowl of pork-belly-studded clam chowder, that's just fine, too. 25 State St., Newburyport, MA 01950, brineoyster.com.

It’s the restaurant that launched a thousand meze plates—and it’s still the one to beat. Culinary sorcerer Cassie Piuma infuses warm, traditional flavors with whimsy, whether it’s in pork schnitzel brightened by mustard-and-caper brown butter, escarole, and rosemary za’atar, or burnished quail shish kebabs balanced with earthy walnut sauce and chanterelles. Somewhere in the swirl of those blue lanterns and dim sum–style trays gliding through the dining room, you forget you’re in Somerville and just embrace the magic of it all. 249 Pearl St., Somerville, MA 02145, sarmarestaurant.com.

The chance to sing for hours in a disco-ball-outfitted private den with loud, sweaty friends armed with tambourines is reason alone to love DoReMi, but did you know this bastion of Asian-style karaoke offers off-key nightlife in 13 languages? In the rec-plush lobby—inexplicably furnished with an exercise bike—you’ll inevitably bump into the purest international cross-section of Allston. Way preferable to battling a bachelorette party, dumped out of an SUV limo, at one of those downtown singalong joints. Note to budding Demi Lovatos: Croon here soon before the space gets razed by redevelopers, who have been sniffing around. 442 Cambridge St., Allston, MA 2134, doremikaraoke.net. 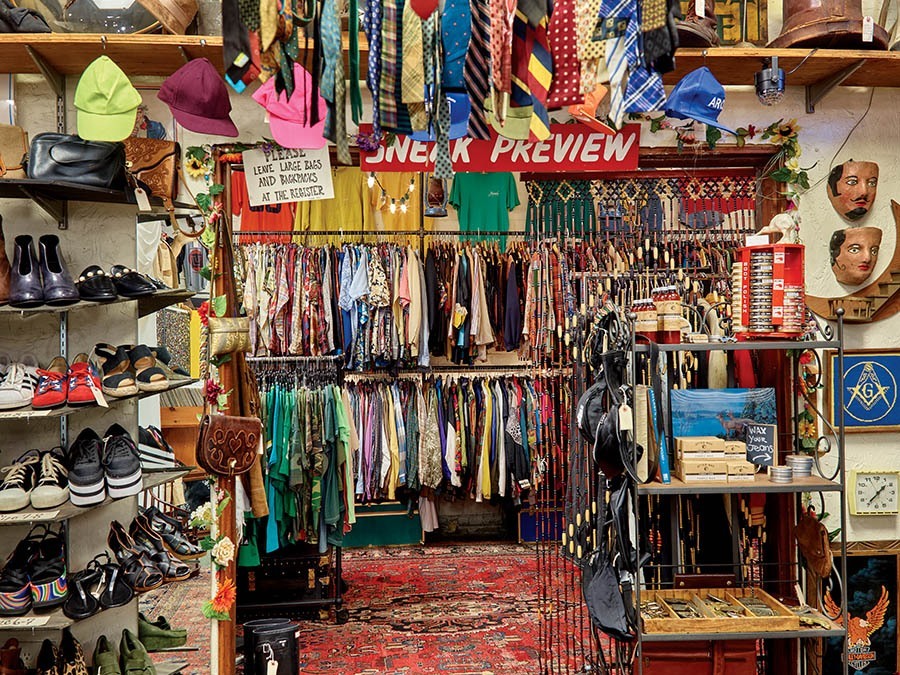 Stroll into Vivant Vintage, and you’ll immediately understand why this Allston shop gets its name from the French word for living: Each and every one of the old-school-cool finds here has a story just waiting to be told. Slip into psychedelic platform sandals and a tie-dyed Grateful Dead tee, and you can almost hear the music playing at Woodstock. Try on a pair of perfectly broken-in Levi’s and a hand-dyed flannel, and be transported to the Friends set with Rachel and the gang. Then step out of the store and make these vintage treasures your very own. 318 Lincoln St., Allston, MA vivantvintage.com. 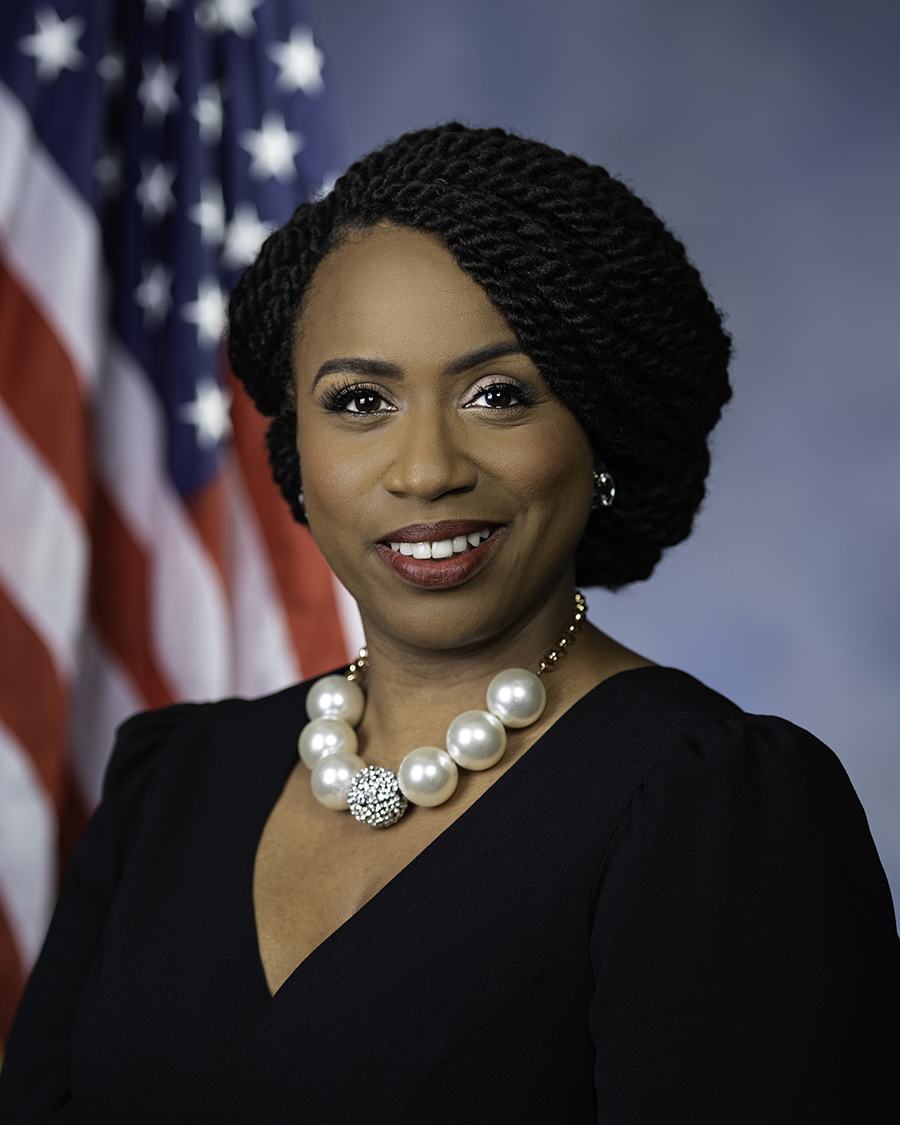 If we thought Ayanna Pressley had nerves of steel for challenging and taking down one of our longest-serving Democratic congressmen, it was only because we hadn’t yet seen her take on the Trump administration. In her first speech on the floor of the House in January, she delivered a scathing rebuke of President Donald Trump and the government shutdown. More recently, in an exchange that went viral, she scolded Housing and Urban Development Secretary Ben Carson for interrupting her and evading her questions. As a result, Pressley’s take-no-prisoners approach has made her a star on the national political stage. Read more 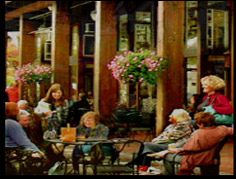 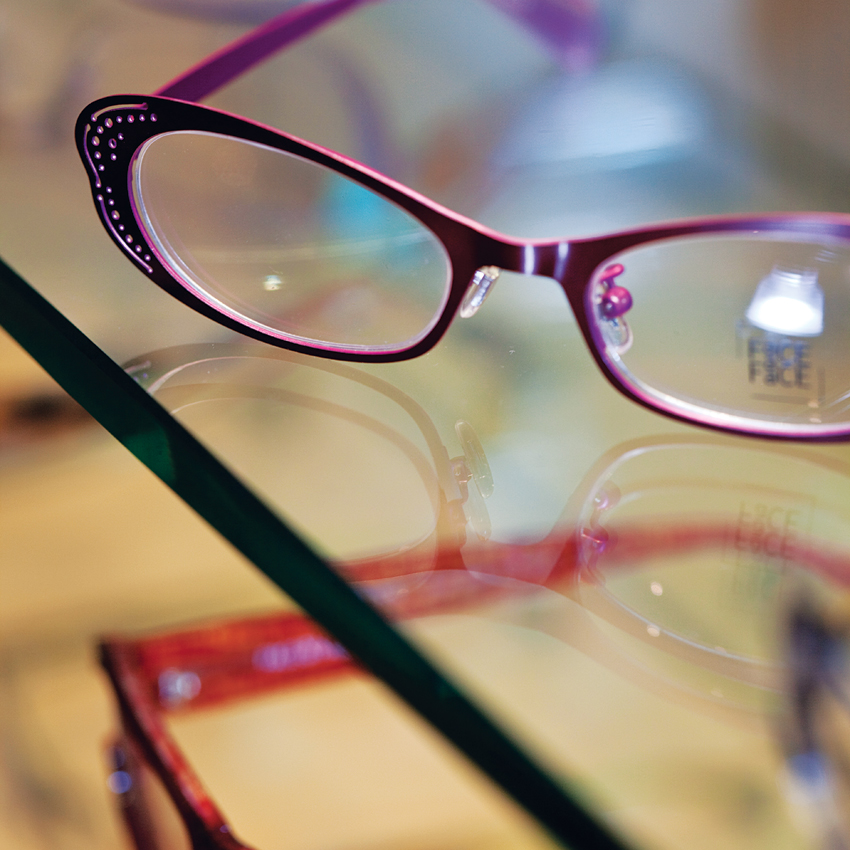 Squint through those frumpy, outdated spectacles of yours and take a good look around this sleek Brookline Village shop. You'll readily appreciate the cache of 1,000 or so designer frames, dotted with cult brands (Kamuro, Kata) and European faves (Face Face, Lafont). You'll admire optometrist-owner Galina Rabkin's staff of brainy-chic glamazons. And you'll absolutely obsess over the one-of-a-kind photo booth providing a 360-degree view of how various pairs of glasses work with your face—something that, while it might seem gimmicky, can save hours of agonizing in hindsight. 11 Harvard St., Brookline, MA 2445, viziooptic.com.