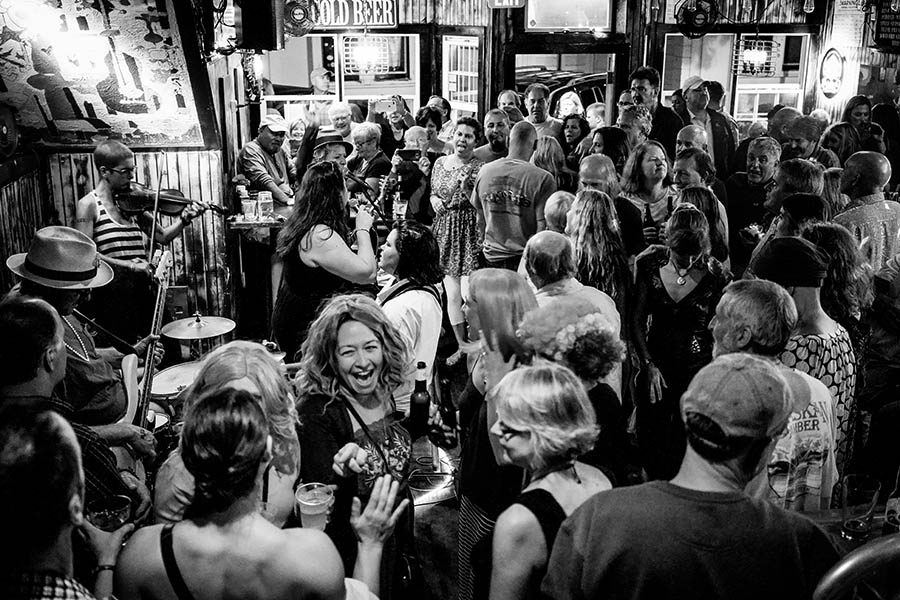 A modest watering hole that islanders depend on after the day’s work is done and the summer crowds have evacuated to the mainland, this institution, which celebrates its 75th anniversary this year, has acquired the patina of legend. If it’s a dive, it’s one that argues there’s more to the designation than peeling paint and a well-worn bar. Located next to the shinier, chicer bars that now line Circuit Avenue in Oak Bluffs, the rough exterior might scare off the faint of heart. And while the aura is arguably friendly, it’s also a bit reckless, hinting at a long history of spirited delights: It wasn’t unheard of, for instance, for regulars to throw a fake wedding at a moment’s notice. Read more 4 Circuit Ave., Oak Bluffs, MA theritzmv.com.

You'd expect to find a kindly gardener and art collector holed up in Belmont. But a jet-setting hair- and fashion-industry giant? In Leon de Magistris, they're one and the same. Between chopping models' locks in Italy (where the revered Tocco Magico has named deMagistris its U.S. artistic director) and jaunts to New York to teach other stylists the latest cuts, de Magistris still finds time to keep everyone in his quiet, close-knit suburb trimmed and styled to perfection. 84 Leonard St., Belmont, MA leonandco.com/. 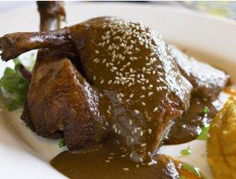 Don't write off Olé for its unremarkable exterior. Inside you'll find a peppy atmosphere and Boston's most bona fide Mexican fare: In place of sloppy enchiladas, chef Erwin Ramos serves up inventive plates including tacos de cangrejo, crabmeat tacos with crème fraîche and baby spinach, and costillas de puerco, pork ribs cooked in banana leaves with a chili ancho peanut glaze, which go down even better when accompanied by pitchers of the potent house sangria and bowls of fresh guacamole prepared tableside by friendly waiters. 11 Springfield St., Cambridge, MA 2139, olegrill.com.

The only variety to be found at a lot of Mexican places is in what gets stuffed into the chimichangas and enchiladas. Not so at Ole, where chef Erwin Ramos has expanded his menu to make room for authentic ingredients like ancho chilies and mild cotija cheese, and Oaxacan- and Veracruzan-derived dishes like jicama-blood orange salad and sirloin steeped in poblano chili. As the hordes of happy diners attest, Ole even takes standards like guacamole to a higher level, preparing it tableside in the brightly tiled dining room. 11 Springfield St., Cambridge, MA olegrill.com.

Hope at last for those who've tolerated the bland psuedo Tex-Mex prevalent in Boston. A warm yellow-and-orange dining room (in the Inman Square location) with Mexican tiled tales and a tin ceiling takes you away from New England. The tamales are wonderfully tender and steamy in their banana-leaf wrapping and mole sauce, and the Tacos al Carbon are fabulous. 11 Springfield St., Cambridge, MA .

Walking into this colorful Inman Square eatery is like entering the dining room of a spirited Oaxacan family. A five-piece mariachi band plays by the bar, and casually dressed waiters chime in with howls. As for the food, executive chef Erqin Ramos turns out the sweetest tomatillo-spiked salsa verde thsi side of the border, plus other lesser-known delicacies like chayote succotash, a traditional side dish made with an indigenous Mexican starchy vegetables that's a cross between a squash and a pear. 11 Springfield Street, Cambridge, MA olerestaurantgroup.com.

A half-mile long and sixty feet deep, with caves for spelunking and clear spring water to drink. Sutton, MA

With a slate of shows that consistently capture the zeitgeist, Company One is the city's most vital and diverse small-theater troupe. The past season was highlighted by Every 28 Hours, a vast project consisting of 80 one-minute plays penned by more than 40 authors, all highlighting the shocking statistic of how often an African-American person is murdered by a vigilante, security guard, or police officer. 539 Tremont St., Boston, MA 02116, companyone.org.

Heard of vocal drums? This jazz quintet puts all kinds of throat sounds to such funky good use that listeners break into applause and—better—feel like dancing. 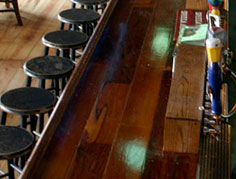 The Wellness Floor at One Dalton

If the makeshift desk setup in the corner of your bedroom didn’t destroy your neck and back this year, the stress of the pandemic likely did. Not to worry: The Four Seasons One Dalton’s spa has the post-pandemic massage you’ve been patiently waiting for. Like a homing device, the talented therapists’ hands zero in on every knot and trouble spot without needing direction, ensuring you walk out the door feeling looser and more relaxed than you have in a very long time. One Dalton St., Boston, MA 02115, fourseasons.com/onedalton/spa.