Don’t call it a mall—MarketStreet Lynnfield is open-air shopping—but do call it super convenient. Some 80 businesses include national faves as well as small-batch offerings such as Polkadog Bakery and the beauty spot Mane & Mani; restaurants like Otto Pizza and Temazcal Tequila Cantina; and entertainment in the form of Kings bowling. There’s even a nine-hole golf course and—if you truly enjoy shopping till you drop—180 on-site apartments. marketstreetlynnfield.com.

In Ireland, a pub is just a simple bar, not a junkyard of faux-Irish flourishes like County Cork mile markers or an imported floor. Behind the quaint red exterior of this Central Square spot is an unpretentious watering hole filled with friendly folks from students to punk rockers. Music from the corners, a ratty pool table, and comfy benches make it a great nightcap or Saturday afternoon haven. As for the most authentic measure of any Irish pub: The Guinness is positively soulful. 20 Prospect St., Cambridge, MA thefieldpub.com/.

The views of the Boston skyline make this Quincy course stand out, but Granite Links is much more than a pretty picture. The private course offers an astounding 27 holes of golf for members and the public, and includes a large, lighted practice range that stays open late. After a grueling round with your buddies, the on-site restaurant is a welcome respite, with a fun-loving crowd and a range of food and drink options. 100 Quarry Lane, Quincy, MA 2186, granitelinksgolfclub.com. 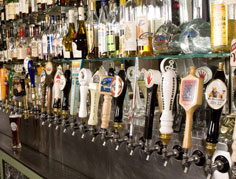 When people start gathering outside a bar before 5 o'clock, it's a sign of either a really choice watering hole or really thirsty locals. Not seeing Beverly as much of a hard-core tippler's town, we bet it's the former when it comes to Brenden Crocker's—half cushy restaurant (good for date dinners and quiet conversation), half relaxed pub (good for face-melting martinis and general bibulous bonhomie). Combined with nimble service, it makes for a night out that's worth queuing up for. 392 Cabot St., Beverly, MA 1915, brendanbehanpub.com.

This is the year of the cocktail bar, and the city's top new spots are anchored by considerable talent. There's Scott Marshall shaking and stirring at the Hawthorne, and Misty Kalkofen assembling mezcal-spiked drinks at Brick & Mortar. When it comes to making the most of a watering hole, though, we have to hand it to Sam Treadway, who has transformed Backbar's tiny, raw Union Square space into a game-changing operation—all with a broad smile and even broader range of cocktail smarts. 9 Sanborn Court, Somerville, MA 2143, backbarunion.com.

Venture into this fancifully cluttered hole in the wall and you're just as likely to hear early '80s hip-hop set to a break-dance movie as you are a Bloc Party B-side. The DJs, who perch in an alcove above the crowd, establish the mood with eclectic sets that change nightly. Mondays are DJ battles, Wednesdays there's American roots music, and on any other night the tracks might range from punk to Icelandic rock. 125 River St., Cambridge, MA .

Nowadays a lot of trendy kitchens are "interpreting" Greek classics. Hole-in-the-wall Desfina, by contrast, cooks up classics that taste just as they would at an Athens taverna. The pikilia, an appetizer plate with a handful of flavors, boasts a wonderfully tangy tzatziki. The grilled octopus app, zesty with lemon, will turn first-time tentacle tasters into devotees. And there's plenty to go around: The first course eats like a meal in itself. 202 Third St., Cambridge, MA desfina.com.

When it comes to building the perfect burrito, each component is critical to the outcome. This tiny hole-in-the-wall gets it. Cheese is melted directly onto the steaming-hot tortillas, the carnitas are fall-apart tender, the hot sauce is tongue-searingly spicy, and the guacamole is chunky and fresh. The 12-inch "Grande' burrito, with all the works, is the way to go here. Oh, and did we mention the place is open daily until 1 a.m.? 226 Tremont St., Boston, MA 2116, .

Forget scrambling to get into a hot new watering hole: There's something delightfully Cantabrigian about waiting in line for a big-name author reading on a Friday night. Everyone from tweedy academics to former Supreme Court justices fills this institution's eclectically brainy events calendar, a virtual reading list for anyone invested in staying on top of the year's biggest and most important book releases. 1256 Massachusetts Ave., Cambridge, MA 02138, harvard.com. 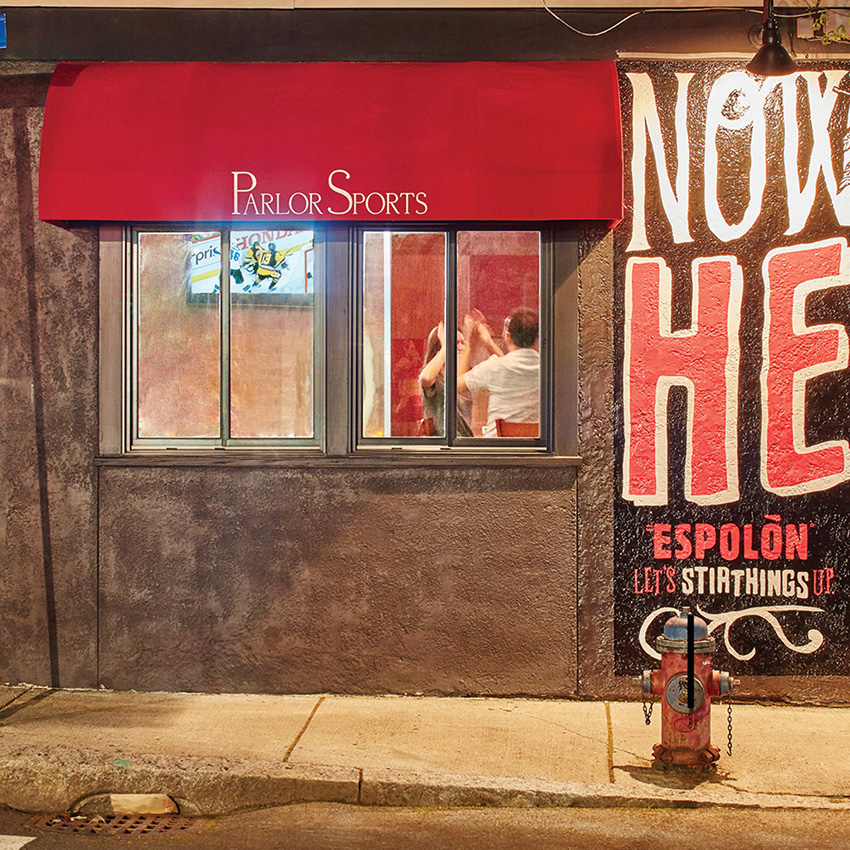 This might be the only watering hole where stat geeks meet regularly to review the finer points of sabermetrics, and where themed events have names like “NBA Nerd Night.” Bonus: The upscale bar grub (how about a homemade Hot Pocket?) far surpasses the cardboard pizza you’ll find at most sports bars. 3 Beacon St., Somerville, MA 02143, parlorsportsbar.com. 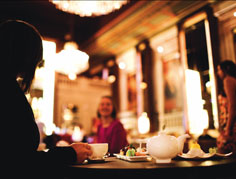 Mention 'Allston/Brighton,' and the average Bostonian's nose hoists a few degrees skyward, as if avoiding the odor of a thousand musty futons. That's fine by locals, whose dual neighborhood's rep as a student slum keeps interlopers at bay; thus, the crowds remain fairly tolerable at this rare grownup watering hole, where the cocktails hail from yesteryear, the food from down south, and the tap list from a beer geek's fever dream. 477 Cambridge St., Allston, MA 2135, .

Who says seaside plots and posh resorts are the only locations worthy of a fairway? Tucked into a residential George Wright is an undersung hero. It offers a fun, fair test with lots of elevation changes, and there might not be finer back-to-back holes in the state than the 9th and 10th. Though the course is well worn—it was built in the 1930s as a Works Progress Administration project—the city has increased its financial commitment over the past 10 years, resulting in better conditions than ever before. 420 West St., Hyde Park, MA 2136, .