Twelve miles of beach, 108 acres of forest with nature trails and bridle paths, two rivers, the marsh itself, and A & W root beer stand, and homes at prices that won't spoil it all. MA

Styling upward of 40 brides per season, Kacie Corbelle is one of the most sought-after makeup artists around—and it’s easy to see why. Her bronzer and highlighter make a bride glow, while neutral-colored eye shadow adds a subtly seductive touch. And whether she’s working with Tom Brady, Gisele Bündchen, Bernie Sanders, or you, she comes prepared: Equipped with foundation for all skin tones, long-lasting lipstick, and false eyelashes, the only thing she’ll ever wing is your eyeliner. 450 Harrison Ave, Boston, Massachusetts 02118, kcbridalbeauty.com.

Only enlightened children need apply. Stellabella, you see, is a completely gun-free shop that specializes in educational toys. But before you start criticizing what political correctness has done to childhood fun, check out the selection: nature projects, musical instruments, colorful science puzzles, and bulk art supplies. Better still, look at what the kids are doing. They're singing songs, painting, listening to stories, riding on oversized stuffed animals: just plain playing. Prices are reasonable, and the staff is beyond helpful. It's like one big PBS special come to life. 1360 Cambridge St., Cambridge, MA stellabellatoys.com/.

1986 Best Attempt to Cash in on Pro Sports

There was no question that by remaining stubbornly amateur in a sport that had gone professional, the Marathon was dying. Then David D'Alessandro persuaded his employer, the John Hancock Mutual Life Insurance Company, to spring for $10 million to sponsor 10 Boston Marathons. A course record, a world-class field, and hundreds of runners later, today's Marathon is again one of the city's—and the country's—preeminent sporting events. "We've got athletes from 30 or 40 countries," said D'Allessandro, a senior vice president at Hancock. "I've got letters on my desk from the agents of guys who wouldn't even look at us last year."

Fleeing the city seems an idyllic notion, until you find yourself bunking down among doily-strewn antiques and overpowering potpourri at a B&B advertising bucolic "charm." A rare exception is the Porches Inn, set in a row of renovated multi-colored Victorians in North Adams. Its 50-odd rooms are done up in modern décor and feature high-speed Internet and smart service. Out back are a pool and sauna; out front, the stylish Mass MoCA complex. Those still craving a little countrification can kick back in one of the dozens of rocking chairs that sit on the inn's verandas. 231 River St., North Adams, MA 2147, porches.com.

Grungy and loaded with undergrads, Allston isn't exactly known for its restaurants. One place we can always count on, though, is Deep Ellum, where a great meal can be had at any time of day. Start out with root-beer-glazed pork belly or soft pretzels dunked in beer-cheese sauce, then progress to bigger plates like pork schnitzel or fried catfish po' boys. Bar too packed? Swing on over to the restaurant's new sibling, the adjacent Lone Star Taco Bar, for killer chili con queso and micheladas. 477 Cambridge St., Allston, MA 2135, deepellum-boston.com.

Photographer Clint Clemens's Christmas benefit for the Home for Little Wanderers at his Newbury Street studio. 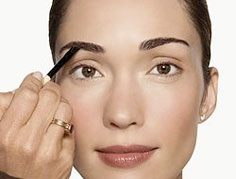 Trained in the school of Michaud, Jensen calls on her years as a makeup artist to deliver brows that enhance the whole face. Plucking, not waxing, allows for maximum precision. 9 Newbury St., Boston, MA 2116, .

A beautiful, stylish place, featuring cutting-edge hip-hop and house music, and a sophisticated, multicultural crowd. A slice of the Apple in the home of the bean and the cod. 9 Landsdowne St., Boston, MA .

At a time when the Bay State’s CBD scene is absolutely exploding, this buzzy local startup has gone to great lengths to produce some of the cleanest and purest cannabidiol products on the market, helping users improve sleep, focus, and recovery one drop (or capsule) at a time. And by aligning themselves with a range of top athlete ambassadors such as professional golfer Billy Horschel and gold medalist triathlete Gwen Jorgensen, the company continues to prove that we’re only just scratching the surface of CBD’s powers. beamtlc.com.

It used to be the big hangout for the local ad community. But then Joe's American Bar & Grill opened and the whole crowd moved there. Like a big vacuum cleaner. 131 Clarendon St., Boston, MA .

Lucia Small, who took home the Grand Jury prize at the Slamdance Film Festival for her powerful documentary My Father, the Genius.