The exotics section—black bear, kangaroo, rattlesnak—may score all the novelty points, but it's the top quality of the more-conventional meats at this family-run business that has won the dedication of home cooks and area chefs alike (including Julia Child). The vast majority of the offerings are free of hormones and antibiotics, and they're local, too: Vermont Berkshire pork, Maine-raised sirloin from alfalfa-fed herds. 92 Kirkland St., Cambridge, MA 2138, . 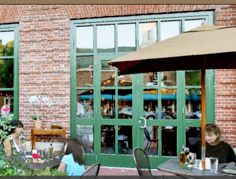 When dining at Il Casale, don't be surprised if your companions—having mopped the last bit of tangy, rich marinara from their plates—start hatching a plan to move to the suburbs. Who wouldn't want to get closer to food like this? Dante de Magistris's newest venture is not only stylish and affordable, with most entrées under $20, but it also does full justice to the Italian home cooking that inspired it: rustic minestra, feathery gnocchi, seriously good meatballs. 50 Leonard St., Belmont, MA 2478, ilcasalebelmont.com. 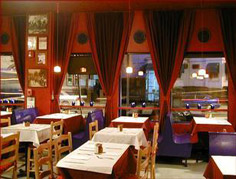 Tu y Yo With nary a taco or burrito on offer, Tu y Yo serves traditional recipes from southern Mexico, all prepared according to strict slow-food standards. The mole sauces are luscious and complex, the chicken yunkaax is touched with the sultry smokiness of huitlacoche, and in the colder months the rejuvenating powers of the chili relleno en nogada (a poblano stuffed with beef, raisins, and almonds) are nothing short of miraculous. 858 Broadway, Somerville, MA 2144, tuyyo2.com. 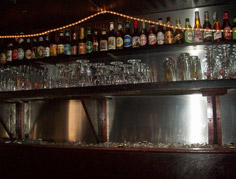 Bukowski Tavern Empirical testing has shown that of all the items the human body can digest, no two hit the spot more reliably than hamburgers and peanut butter and jelly sandwiches. By that standard, Bukowski's has achieved genius in its peanut butter burger. It may sound unnatural, but holy smokes! Who knew gooey peanut butter and a mound of ground chuck were two great tastes that taste great together? And yeah, the rest of the menu—which tops out at $10—is pretty damn good, too. 50 Dalton St., Boston, MA 2115, bukowskitavern.net.

When Cossack soldiers, roaming the streets of occupied Paris in 1815, wanted drinks in a hurry, they'd snap, "Bistro, bistro!" (quick, quick). Given the circumstances, you can be sure the help hustled. These days, fast service is still expected in a bistro—that and good old French-style home cooking. Les Zygomates has the food, the service, and a great bar. 129 South St., Boston, MA . 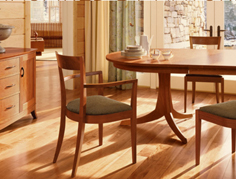 No, it's not flashy. And yes, the lines are reminiscent of a bygone era. But don't confuse traditional with passé. Thos. Moser's handmade black cherry furniture, with its customized accents and craftsmanship, never looks dated. Plus, all the store's wares (dining tables, armoires, sleigh beds) come with lifetime guarantees—something any home has room for. 19 Arlington St., Boston, MA 2116, thomasmoser.com.

Break free from your pizza rut with help from this teensy Cuban jewel in Waltham, which combines the warm service of an old-world café with decidedly modern touches—namely, an efficient takeout oper- ation offering dishes that pack a flavorful punch: husky Cubanos, savory empanadas (hot or frozen for later), and plantain chips with an herbaceous cilantro sauce that tastes like summer in a thimble. Beer and wine are available to take home, too, so you can wash it all down with a crisp bottle of Muscat. 240 Moody St., Waltham, MA 02453, gustazo-cubancafe.com/waltham.

This Back Bay videographer understands that there are certain moments you’ll want to relive over and over. Thanks to nearly three decades of documenting couples’ special days, S.H. Videography knows exactly what to linger on: the sweet first look; the vows that made the whole crowd cry; the heartfelt, two-Jamesons-deep toast from Uncle Don; the ring bearer breaking it down on the dance floor. As S.H. puts it, “A photo captures a moment in time, but a video captures time in motion.” 162 Newbury St., Boston, Massachusetts 02116, shvideography.com. 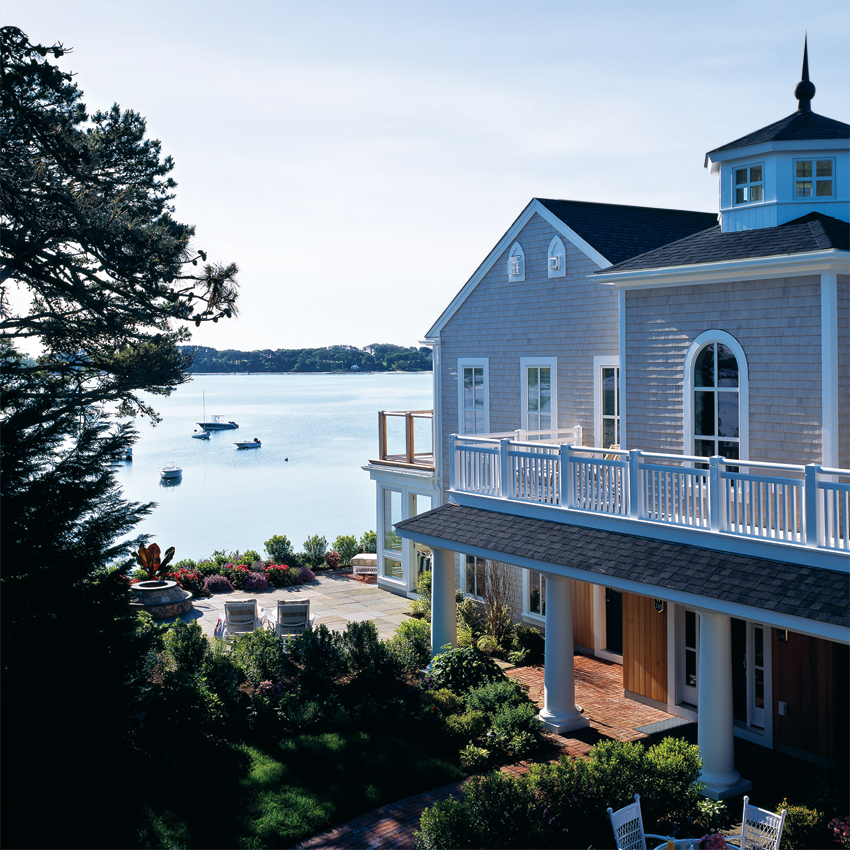 You might say Hudson has New England roots and California tips. That's the product of the decor vision of owner-designer Jill Goldberg, whose store is an ecumenical palette of vintage, modern, romantic, and tribal. There are soft, sweet sofas by Shabby Chic; stately Oly chairs and ottomans; and art deco-accented lamps from Worlds Away. It's an aesthetic that can make any Boston home kinder, gentler, and full-on cozier. 312 Shawmut Ave., Boston, MA hudsonboston.com.

Perhaps the reason Mistral's service is so superior is because the majority of the staff have been on board since the place opened 10 years ago. Or maybe it's that the menu hasn't changed all that much, which means servers not only know every ingredient in the wild mushroom risotto by heart, but can hold forth on its individual virtues as well. Whatever it is, the service is reliably attentive yet subtle, ensuring that a night out here always goes smoothly. 223 Columbus Ave., Boston, MA mistralbistro.com.

While other retailers stay home and (literally) phone in their orders, LuxCouture owner Sari Brown hits the European circuit to source the next obsessed-over bag. She built a business on being first, introducing customers to new shoulder bags, clutches, and totes from VBH, Adriana Castro, and Elena Ghisellini. The store's increasingly impressive supply of casual clothing helps dress the woman who accessorizes, but in Brown's eyes, the bags will always have it. 21 Lincoln St., Newton Highlands, MA 2461, . 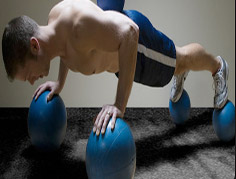 In the year since the high-end New York chain opened a location in the Back Bay, Bostonians have been flocking to this ideal spa-gym hybrid. The sleek, inviting space holds not only the latest fitness equipment, but also studios for Pilates, cycling, and myriad yoga classes (pranavayu, vinyasa flow, anusara, and power). Inclined toward pampering? Avail yourself of the full range of massages, wraps, and facials. Afterward, the juice bar and free WiFi in the lounge help recharge body and mind. 131 Dartmouth St., Boston, MA 2116, .