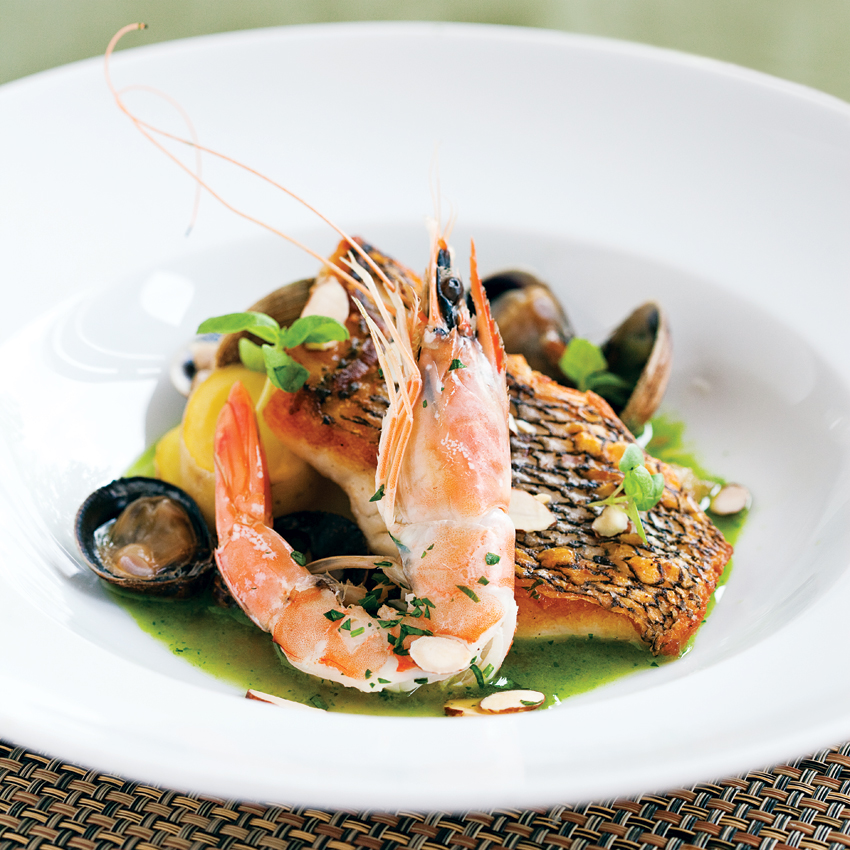 If there's anything we've learned from fine dining's shift toward farm-to-table cooking, it's that the integrity of one's cuisine is just as important as high-end ingredients and elegant presentations. And at Rialto, chef Jody Adams has quietly, unfailingly delivered food with care and purpose for 17 years. Her ability to meld New England's seasonal bounty with regional Italian preparations can be positively breathtaking, as can her presentations (like the pan-seared black bass with green-onion pesto and a head-on prawn, pictured). And while Rialto has certainly kept up with the trends—you'll find patés, pickled veggies, and craft cocktails aplenty—thanks to the dining room's unflinching service and impeccable wine list, the overall effect is timeless. 1 Bennett St., Cambridge, MA 2138, rialto-restaurant.com.

An alumnus of Chris Schlesinger's East Coast Grill and Gordon Hamersley's eponymous bistro, Johnson is the quintessential product of Boston's familial and sometimes incestuous restaurant scene. Bridging the gap between the austere classicism of Hamersley's and the raucous atmosphere and aggressive flavors of East Coast Grill, Johnson also draws on sophisticated French and Asian influences. Having also mastered Schlesinger's grilling techniques, he has now come up with his own imaginative and well-prepared rendition of the new American cuisine. All of which means that his combination of talent, patience, and perseverance is a winning one indeed. And as one of the founders of the local chapter of the Chefs Collaborative and the Fresh Sheet - as well as a tireless mentor - he's a culinary gift that keeps on giving. The Blueroom, One Kendall Square, Cambridge, MA .

Stealing scones from the British is one of the best food capers we Yanks ever pulled off, and these are among the best we've ever tasted. 47 Langley Rd., Newton Centre, MA .

Of course, no one can afford anything here, but it's nice to aspire to. The Mall at Chestnut Hill, Newton Highlands, MA .

Mo Khan at the Harvard Club

Friendly, and a member of one of sport's greatest families, the squash-playing Khans of Pakistan. 374 Commonwealth Ave., Boston, MA .

The perfect fake mustache, Darth Vader suit, and leather bomber jacket under one roof? It's a reality at the Garm. Brave the by-the-pound area to rummage elbow-deep through discarded treasures, or win Halloween with a rental costume. 200 Broadway, Cambridge, MA 02139, garmentdistrict.com.