Perusing Jan Gleysteen’s portfolio, one word repeatedly comes to mind: timeless. With nearly four decades of experience under his belt, the Wellesley architect knows his way around traditionalism, dreaming up classic abodes—such as a grand suburban homestead with coffered ceilings and dramatic archway—that are built to last. 888 Worcester St., Wellesley, MA 02482, jangleysteeninc.com.

There’s nothing like chasing world-class sashimi and torched uni with a round of sake bombs. But that’s just how it goes at this Japanese gastropub, where the lively rock-’n’-roll atmosphere and wide-ranging menu make for one of the most exciting dining experiences around. Kanpai! The Verb Hotel, 1271 Boylston St., Boston, MA 02215, hojokoboston.com. 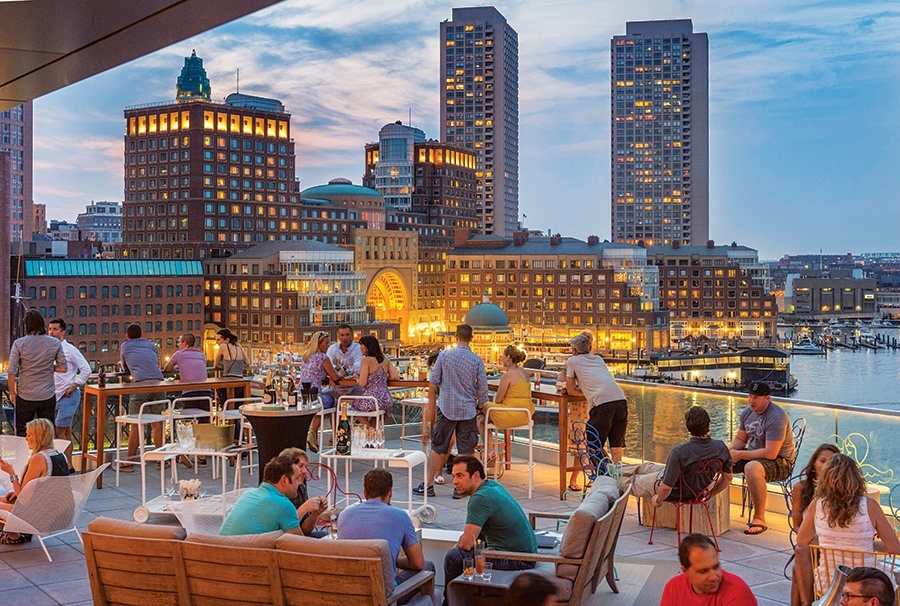 Something about high altitudes just makes drinks taste better. Try it for yourself at the Envoy Hotel roof deck, which boasts one of the city’s best vistas. And on this patio, the party lasts all year long, with glowing igloos to keep you toasty (and toasted). 70 Sleeper St., Boston, MA 02210, outlookkitchenandbar.com.

Chef Colin Lynch has a delicate touch with raw fish—cucumber and chili on halibut; a drizzle of grapefruit oil on yellowtail—all the better to let the fresh catch shine through. In fact, you could practically make a light meal from his crudo menu, one of the city's largest. 360 Harrison Ave., Boston, MA 02118, barmezzana.com.

Ah, the “town green,” one of New England’s oldest institutions. Cohasset’s version continues to thrive as a community center. Holiday parades and farmers’ markets play out on Cohasset Common, and on nearby South Main Street, you’ll find a decidedly modern stretch of shops and restaurants.

The display cases in this Boylston Street showroom house brands that have literally stood the test of time—classics like Baume & Mercier and Patek Philippe. The shop also employs a helpful, honest sales team more interested in finding you the right ticker than the most expensive one. 416 Boylston St., Boston, MA 02116, lbgreen.com.

This is the place where restaurants like Hamersley's and Biba get their fish. It does retail, too, and you can shop from the Captain's Wellesley market or pick up dinner from its take-away restaurant. Captain Marden's Seafoods proves there are plenty of fish in the sea— the Captain just caught the best ones. 279 Linden St., Wellesley, MA .

It's one of the few established businesses in rural Newbury, but you'll find it easily; just look for all the cars parked near the 17th-century bran. Inside find farm-fresh berries and vegetables, local honey, and rafters of dried flowers, then ogle the buffalo and llamas outside. 108 High Rd. (Route 1A), Newbury, MA tendercropfarm.com/.

The stylists at Interlocks don't just cut your hair. They teach you how to maintain the style, and which products to use to keep your tresses looking salon-perfect long after you've left the chair. And with an adjacent full spa, this is a one-stop shop for hair, nail, and body needs. 58 Merrimac St., Newburyport, MA interlockssalon.com.

The densely packed display racks at this Beacon Hill cubbyhole offer one-stop shopping for rarefied brass, chrome, porcelain, and glass—knobs, pulls, hooks, hangers, rods, and other trimmings that can bring an Edwardian touch to the powder room or a Federal finish to the bedroom. 123 Charles St., Boston, MA periodfurniturehardware.com/.

1994 Best Insider Running As an Insider

Longtime Washington aide to Joltin' Joe Moakley, McGovern knows where the bodies and the bacon are buried better than incumbent Peter Blute. With Pal Joey sticking around for at least one more term, McGovern, if elected, could be the most influential Massachusetts freshman member since Joe Kennedy.

Points off for being a dark cavern in the corner of one of the city's ugliest hotels (the Back Bay Sheraton). But the cushy chairs and cozy nooks lend a decadent air to the art of cigaring. The selection is immense— 100 by our last count— and the bar staff is adept at guiding even novices to a satisfying stogie. Sheraton Boston Hotel & Towers, 39 Dalton St., Boston, MA . 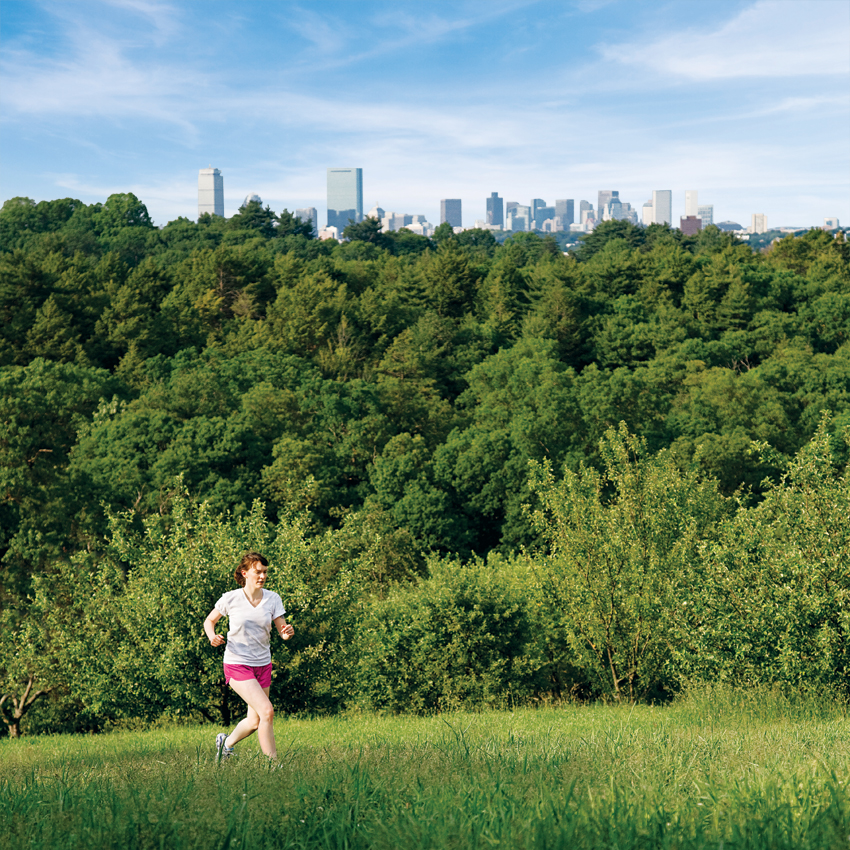 Truth be told, it's not a running route at all. It is instead a series of paths—some gravel, some grass—that meet one another and break away and circle back and then sometimes form new paths. Those, in turn, splinter off and lead the runner on a passage through a breathtakingly beautiful corner of the city. 125 Arborway, Jamaica Plain, MA 2130, arboretum.harvard.edu.