You must enter a value into the award field or select year.
2016 Best Bartender 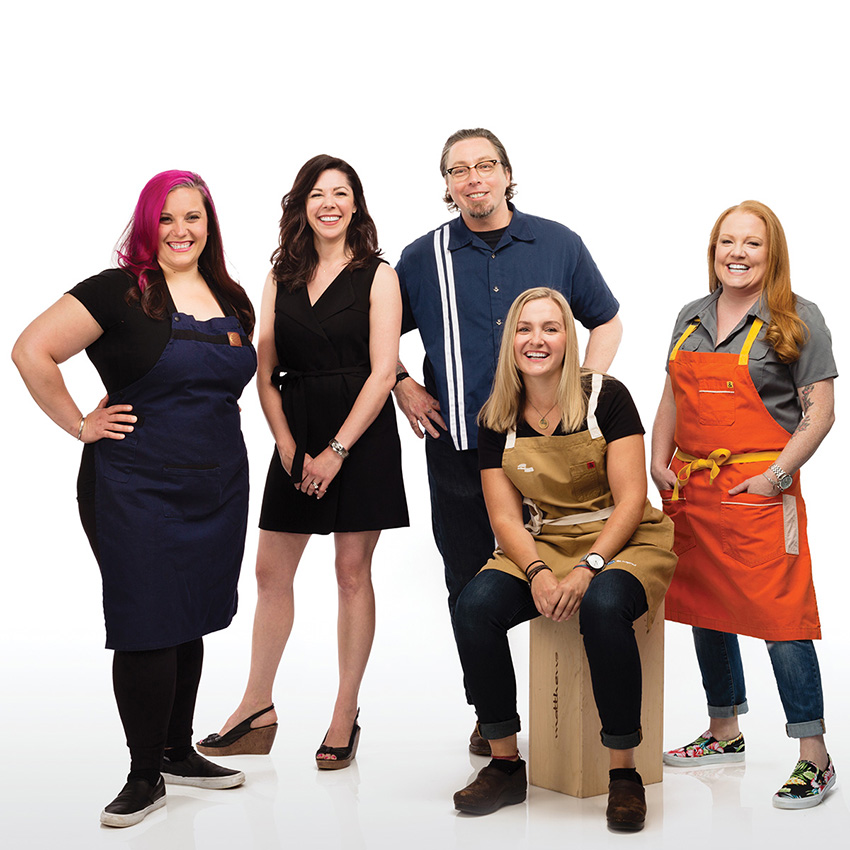 Imagine a boozy amuse-bouche of scotch, inhaled as a plume of smoke. Or a mai tai that actually grows stronger thanks to rum-soaked banana leaves lining the walls of your tiki glass. Armed with gadgets like a centrifuge and Le Whaf, an invention that turns liquids into vapors, Todd Maul has created a cocktail program that’s as much kitchen chemistry as it is adult playground. 650 E. Kendall St., Cambridge, MA 02142, cafeartscience.com. 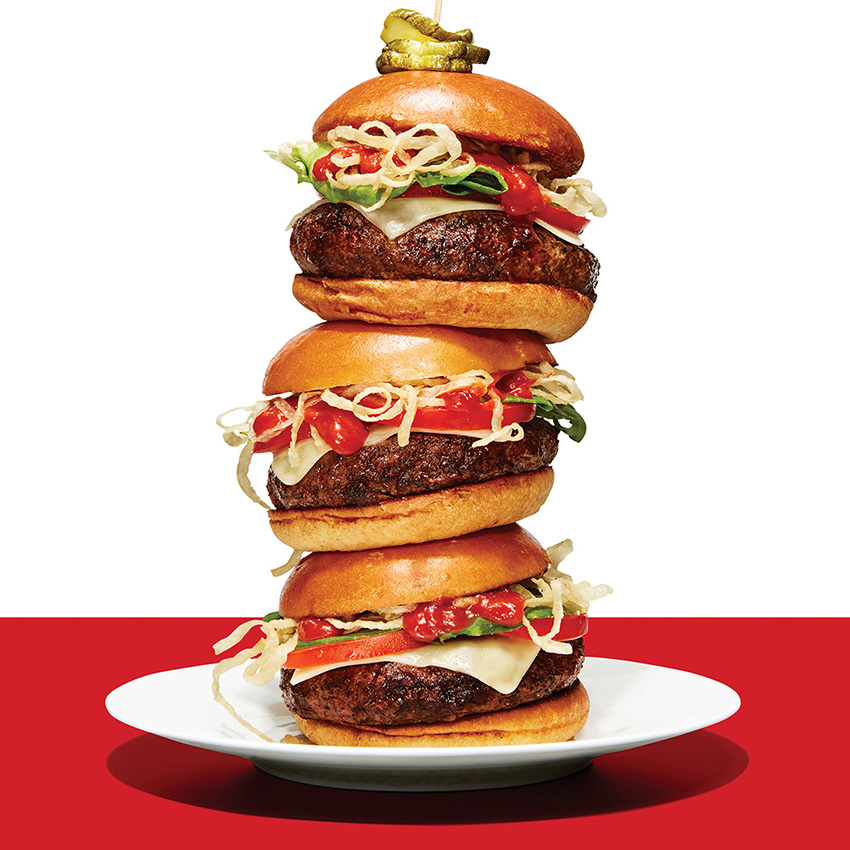 We’ll take ours with extra onion strings: a leaning tower of burgers from the Bancroft. / Photograph by Jim Brueckner, styling by Monica Mariano/Ennis

It’s worth a trip to the ’burbs for chef Mario Capone’s towering lunchtime burger, a study in pure, beefy excess. Made with a high percentage of prime chuck, each juicy 8-ounce patty is sandwiched between a just-squishy-enough brioche bun and complemented by crispy fried onion strings, house-made ketchup, and a mantle of molten Vermont cave-aged cheddar. 15 3rd Ave., Burlington, MA 01803, the-bancroft.com.

Editor's Note, July 11, 5 p.m.: River Gods has announced that they are permanently closed.  It’s not the fine pour of Guinness or the cocktail list. It’s not the wooden thrones or the whimsical décor. It’s the music. Rather than crank out an iPhone playlist determined by algorithm, River Gods hosts DJs who spin soundtracks worth drinking to. 125 River St., Cambridge, MA 02139, rivergodsonline.com.

Co-owner Ken Withrow spent 20 years working for famed hotelier Ian Schrager, and the in-town inn he runs with his wife, Deborah, puts that pedigree on full display, from staffers trained to remember your name and wine preference to guest rooms featuring Frette bedding and free, strong WiFi. It’s also the only island B & B to offer made-to-order breakfasts, though individual tables mean you needn’t get chummy with fellow guests. 7 Union St., Nantucket, MA 02554, unioninn.com.

Each week, director Liz Vance comes up with several new projects—from doll quilts to magnetic sculptures to homemade slime—and arranges supplies on tables in her studio. A helper or two is always around, but the tidy, colorful stations are so inviting, you'll likely find yourself up to your elbows in oobleck, too. 1776 Massachusetts Ave., Cambridge, MA 02140, muckykids.com.

Why fight your tresses when a professional can do it while you sip a latte? At Drybar, highly skilled hair wranglers create polished manes regardless of how their clients looked when they walked in. We love that it's easy to book online in 15-minute increments, that they start so early (beginning at 7 a.m. every day but Sunday), and that the products smell delightful. Warning: could be habit-forming. 234 Clarendon St., Boston, MA 02116, thedrybar.com.

Whether you’re shopping for an infant or a 12-year-old, this toy heaven has just about every plaything imaginable. Choose from polka-dotted sidewalk chalk, marble maze sets, and illuminated construction blocks to unleash your little tyke’s imagination. You’ll also find a rich supply of the classics, from Lego sets to Calico Critters.

Jewelry designer and shop curator extraordinaire Lana Barakat scours the globe for the best eclectic indie designers and artisans so you don’t have to. Both her Beacon Hill storefront and its SoWa counterpart, Heist, are always brimming with one-of-a-kind stunners such as laser-cut geometric leather earrings and gorgeous porcelain perfume bottles for your vanity. 88 Charles St., Boston, MA 02114, decemberthieves.com.

When it’s time to outfit your progeny with knitted lobster sweaters and Holly Hastie dresses, look no further than the Red Wagon, Beacon Hill’s epicenter of pint-size prep. Thoughtful touches, like appearances by professional child-silhouette artists to immortalize those precious purchases, make the experience fun for parents and kids alike.

Sure, you know your halibut is local, but do you know which fisherman, vessel, and port it came from? Or exactly how it was caught? Thanks to its network of regional anglers—and some cutting-edge tracking technology—Red’s Best can label every pristine piece of monkfish, skate wing, and hake in its case with such precision. Boston Public Market, 100 Hanover St., Boston, MA 02108, redsbest.com.

Homestyle hospitality is the draw at this Union Square mainstay, with gratis accompaniments like crunchy daikon, spicy kimchi, and pickled cucumbers complementing huge platters of ddukbokki, tender kalbi, and bibimbap. The restaurant also serves up Chinese-influenced house specialties (Buk Kyung means “Beijing” in Korean) not found at most other local spots, including jajangmyeon, chewy noodles coated in a thick and savory sauce. 9A Union Square, Somerville, MA 02143, bukkyungrestaurant.com.

Tiffani Faison's barbecue temple has taken the smoky crown in this town four years running, and justifiably so. Those fussing over the heftier prices should note—her fall-apart ribs, crackly-skinned sausages, and mammoth slabs of brisket are sourced from the highest-quality purveyors. Meat aside, Sweet Cheeks is also the rare barbecue spot that welcomes vegetarian diners with sublime biscuits and one of the finest salads in town—a crunchy mash-up of farro, candied hazelnuts, Brussels sprouts, grapes, and arugula. 1381 Boylston St., Boston, MA 02215, sweetcheeksq.com.

A nurturing home for local art students and established professionals alike since its founding in 1879, this Newbury Street gallery/nonprofit displays works ranging from the fiercely abstract to the traditionally pictorial. Best of all, it’s always refreshingly accessible, never more so than during the Holiday Small Works show, where you can snag an original—and affordable—masterpiece for the art lover in your life.. 158 Newbury St., Boston, MA 02116, copleysociety.org.