You must enter a value into the award field or select year.
2018 Best Luggage

While studying abroad, Tanya Pham logged a lot of time in airports—enough time to hear plenty of fellow female travelers complain about their bland, bulky luggage. She’s used their feedback to design her Boston-based brand of sleek weekenders, duffels, and backpacks, crafted from Italian leather in Vietnam, where she lived for a year while vetting the production process. Equipped with thoughtful details (hidden compartments, magnetic closures), the bags are made in limited runs from custom materials—so your travel companion will stand out in a sea of scuffed-up carry-ons. MA latitu.com.

Serious collectors know watches aren’t jewelry; they’re investments. Which is why those building their ticker portfolio head to European Watch Company, which stocks some of the best new, preowned, and vintage timepieces ever made, including intricate numbers by Panerai, Patek Philippe, and Rolex. Waiting for a specific addition to complete your collection? The multigenerational owners recently created an app, updated numerous times a day, that alerts customers when a precious stash of merchandise comes in, all of which can be purchased immediately and overnighted. 232 Newbury St., Boston, MA europeanwatch.com. 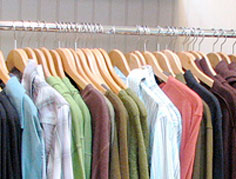 A welcome addition to gifty, girly Beacon Hill, this new boutique is as hip as it is friendly. On any given day, you'll find Uncle Pete's proprietor Peter Tam chatting about everything from dark denim to indie music. His fashionable menswear lines include Rag & Bone, Tretorn, Cloak & Dagger, and Surface to Air, and he's eager to chime in with helpful, practical advice on what goes with what. Bonus: A women's section means your lady friend can look as cool as you, sir. (Buy her something nice, why don't you?) 119 Charles St., Boston, MA 2114, . 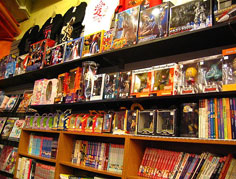 Parents may feel better about parking their offspring with an electronic babysitter when there's more to choose from than the Wiggles or Baby Einstein. In a chain renowned as a playground for adult music fiends, the Fresh Pond outlet of Newbury Comics does right by ankle-biters, dedicating plenty of real estate to kiddie DVDs and CDs. From Pixar flicks to the Smurfs, Laurie Berkner to They Might Be Giants, there's a slew of entertainment options to be had. Much of it is sold gently used, too, which means indulging ADD inclinations (theirs or yours) is less of a budget strain. 211 Alewife Brook Pkwy., Cambridge, MA 2138, newburycomics.com.

Sitting on a block somewhere between Juicy Couture and Newbury MedSpa, Dorfman's looks a tad out of place among its campier neighbors. Chalk it up to the stately facade and, no doubt, to the fact that this store practically oozes staying power. For two generations the Dorfman family has dealt exclusively in European-cut diamonds and other gems; these days they also sell such illustrious names as Harry Winston, Van Cleef & Arpels, and Breguet. Perhaps most representative is the in-house Barbara Collection, open-link gold pieces inspired by the clan matriarch that are at once unpretentious and enduring—much like the venerable Dorfman itself. 24 Newbury St., Boston, MA 2116, .

Before it reopened after renovations and started serving only dinner, Aujourd'hui at the Four Seasons had a seemingly unshakable hold on the title of best power breakfast. Now that honor has been decisively usurped by Café Fleuri—a sunny, cushy space at the Langham Hotel where every weekday morning the elite now meet to eat. Financiers, lawyers, politicos, and every bigwig in between file in to carve up the universe while they're carving up their fruit-covered waffles and Maine lobster and soft scrambled eggs. Breakfast of champions, indeed. 250 Franklin St., Boston, MA boston.langhamhotels.com/restaurants/best_boston_restaurants.htm.

Been missing truly great customer service in your life? Here's some advice: Take an old or broken pair of shoes to Alexander's. This family-owned business takes pride in its work, whether it's making the new red high heels you bought on sale actually fit or resoling a favorite old pair. The staff is helpful, courteous, fast, and services are priced right. check out all those fun shoe products like buffers, pads, and polishes, too. They even repaired a dog's collar while we waited out on the steps. 6 Grove Street, Wellesley, MA .

Huge second-floor bay windows and sky-blue walls make you feel like you're floating int he clouds as your cranium is massaged with soothing-scented liquids. The walls are lined with works by local artists, and the eight barber chairs are spaced comfortably apart in an airy room. But best of all is the zero-attitude, down-to-earth mentality of the stylists. No hippier-than-thou hair bullies here. The staff is friendly and helpful— co-owner Jeffrey cheerfully washes clients' hair; stylish Tonya volunteers techniques for blow-drying tresses to perfection at home. 118 Newbury St., Boston, MA .

Any running shop can outfit you with warm winter running tights, a cool stopwatch, or the best summer dry-fit shirt. But only the best can motivate you to actually get out and use the stuff you spent all that money on. Founded in 1975 and one of the first running specialty stores in the country, Marathon Sports provides as much inspiration as gear. The knowledgeable and eager salespeople invite you to test out your sneakers with a jog on the sidewalk before you buy, and the stores organize regular training runs and an annual 5-mile road race in Wellesley. Cheaper prices can be found, but with such expert guidance, Marathon Sports runs circles around the competition. 671 Boylston St., Boston, MA marathonsports.com.

Big-city newsstands have mostly gone the way of afternoon dailies, but there are a couple of exceptions. Out of Town News gets the nod this year for four reasons. First, it's bigger than fellow standard-setter Copley Square News, and the extra real estate means it offers even more newspapers and magazines from all over the world. Second, it's a national historic landmark, meaning it's in little danger of disappearing. Third, it's right in Harvard Square, where the people-watching is first rate. And last, because Nini's Corner, directly across Massachusetts Avenue, is a pretty good newsstand itself—a boon to anyone too lazy to cross the street to find a magazine. Zero Harvard Square, Cambridge, MA .

Kid alert: This well-laid-out shop in Inman Square has lots of room for wandering feet, plus fun and interactive on-site activities for curious minds. There's a play area with a crawl-through tunnel; a plastic structure holding more than 200 balls for jumping around in; a large-piece floor puzzle; a plastic house for climbing in and out of; and, most important, a storyteller the first Wednesday of every month at 4 p.m. And those things aren't even on sale! Stelabella has top-notch goods, including the usual suspects, like Radio Flyers and Lincoln Logs, as well as an impressive selection of arts and crafts kids. Open seven days a week. 1360 Cambridge Street, Cambridge, MA stellabellatoys.com/.

When you're looking for the deals on gear, the most helpful staff, and the widest array of clothes, you have to go a few miles out of town. That's because Ski Haus, on Route 129, is the black diamond of ski shops. Its package deals of skis and bindings beat all the better-known ski shops in the area, and staffers don't try to push the newest (read: most expensive) equipment. In fact, they volunteer last year's cheaper model if the design is basically the same. Plus, the hospitality while you wait for your new bindings to be mounted is first-rate. 320 Lowell St., Wilmington, MA .

Do your dopey morning brain a favor and resist the impulse to overthink breakfast. We'll make it simple for you. Start with: thick-cut French toast, or some big spongy pancakes. Also: real butter and syrup, and real sugar for that mug of high-test coffee. And, if you must: a few nutritious bits, like turkey-apple sausage and homemade oatmeal. A laid-back diner with laid-back prices and an array of mini meals for the kids, Johnny's does all this better than anyone else in the neighborhood. Which makes this pick a blissful no-brainer. 30 Langley Rd., Newton Centre, MA 2459, .