This is the rare spot that we applaud for a static menu, because it’s reassuring to know that we can always get our charred Caesar salad and grilled flatbread pizza. 1657 Beacon St., Washington Square, MA 2445, abbeyrestaurant.com. 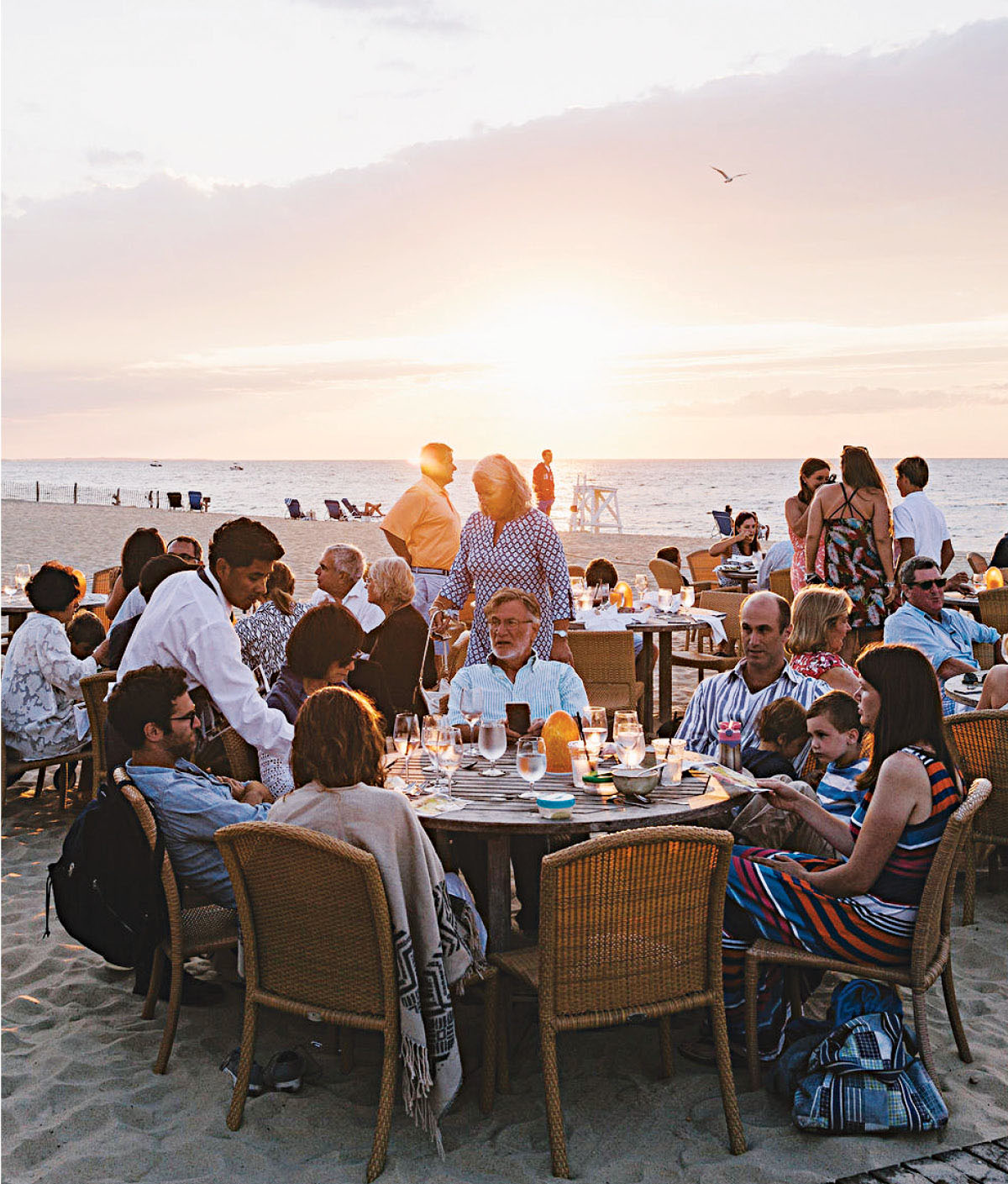 Close your eyes and imagine an open-air restaurant with tables right on the sand and canvas canopies that flutter in the gentle sea breeze. No, it’s not the scene at some all-inclusive Caribbean resort — it’s dinner at Galley Beach, where every table has a prime view of Nantucket Sound. At sunset, diners often leave their shoes under the table and walk barefoot to the water’s edge for photo ops beneath a painted sky, making this the perfect spot to celebrate the end of yet another beautiful day on Nantucket. Be sure to check out the new, reservation-only prix-fixe bar menu, offered only during that wonderfully languid time between lunch and dinner, but be forewarned: You may still be there by dark. 54 Jefferson Ave., Nantucket, MA 02554, galleybeach.net.

If shoes are the ultimate in therapeutic fixes, then Saks's fitting area could double as a women's support group. Just slide on a pair of gleaming Prada Mary Janes or Michael Kors laser-cut pumps, and watch your mood improve. Buckle up some strappy and teetering Jimmy Choo stilettos, or take a turn in Kate Spade flower-adorned slides—suddenly, you're a new woman. Sculpted Sergio Rossis, sweet Burberry espadrilles, and Vera Wang satin slingbacks all beckon from the shelves, promising immediate gratification, head to toe. Did we mention the Chanel fuchsia wedges? The Blahnik leopard print mules or the Marc Jacobs kitten heels? They're all here, offering true satisfaction for the sole. Prudential Center, Boston, MA saksfifthavenue.com/.

Let the soothing cup of honey-laced tea in the eucalyptus steam room be your first clue: Bella Santé is serious about relaxation. Cell phones are banished from the plush-but-minimalist space, set out in elegant neutrals. And unlike at most frenetic day spas, there's no hair salon to keep the noise level at full blast. In its stead are bliss-inducing treatments like the remineralizing Moor mud wrap, head-to-toe spa massages (as well as La Stone therapy), pedicures that leave feet tender as a child's, and customized aromatherapy sessions. Before heading into the beautiful (and well-stocked) locker room, stop by the waiting area's long window and take a quick peek at the bustle of Newbury Street below—a stark contrast to Bella Santé's enclave of peace and quiet. 38 Newbury St., Boston, MA bellasante.com/.

It's one thing for a restaurant to generate buzz during its first year in business. It's quite another to be the talk of the town after five years. But talk this town does, about chef/owner Barbara Lynch's No. 9 Park, a restaurant as perfect today as the day it opened. We're not the only ones who think this. So do the fans who line up nightly for a seat in the stylish Beacon Hill dining room, and so does the James Beard Foundation, which this year named Lynch the best chef in the Northeast. What everyone is buzzing about is the masterful French and Italian creations coming from Lynch's kitchen (and, in particular, the melt-in-your mouth signature prune-stuffed gnocchi). Delivered by the city's best-trained, casual-but-professional wait-staff, and paired with an impressive wine list created by wine director Cat Silirie, dinner here is a delight from start to finish. 9 Park St., Boston, MA no9park.com/.

When it comes to sidewalk repasts, it's been years since we felt the call of Newbury Street—too much pretense, not enough table space. But something is very back about the Armani Café. Maybe it's the improved menu, rejiggered under executive chef Seth Woods to include such straightforward, reasonably priced Italian staples as fettuccine alla carbonara and tiramisu. Or maybe it's the self-consciously Euro stylishness of it all, which goes from laughable to lovable as soon as the black-clad waitstaff serves up your first glass of wine. Or maybe it's just the luxuriously wide, sun-dappled stretch of pavement that feels tailor-made for scoping out Newbury's passing parade of humanity. 214 Newbury St., Boston, MA .

After several luxurious courses of chef Ken Oringer's French cooking, concluding with dessert might seem excessive. But when the desserts are as delicious as those made by pastry chef Alex Stupak, a little excess is in order. Despite his propensity toward flavored foams, Stupak's timbale of milk-chocolate with raspberry, tarragon, and tamarind ice cream is, in a word, ethereal. So are his Tahitian vanilla bean crème brûlée and lollipops made from sassafras, chicory, and sea salt-spiked chocolate, True and intense (yet not overwhelming) flavors marry with textures that bend the rules of sensibility by being simultaneously crisp and puffy, like the microthin layers of the rich chocolate and hazelnut petits fours. Such finesse is what makes this 23-year-old pastry chef a talent to keep an eye on—and his desserts an indulgence to seek out. The Eliot Hotel, 370 Commonwealth Ave., Boston, MA cliorestaurant.com/. 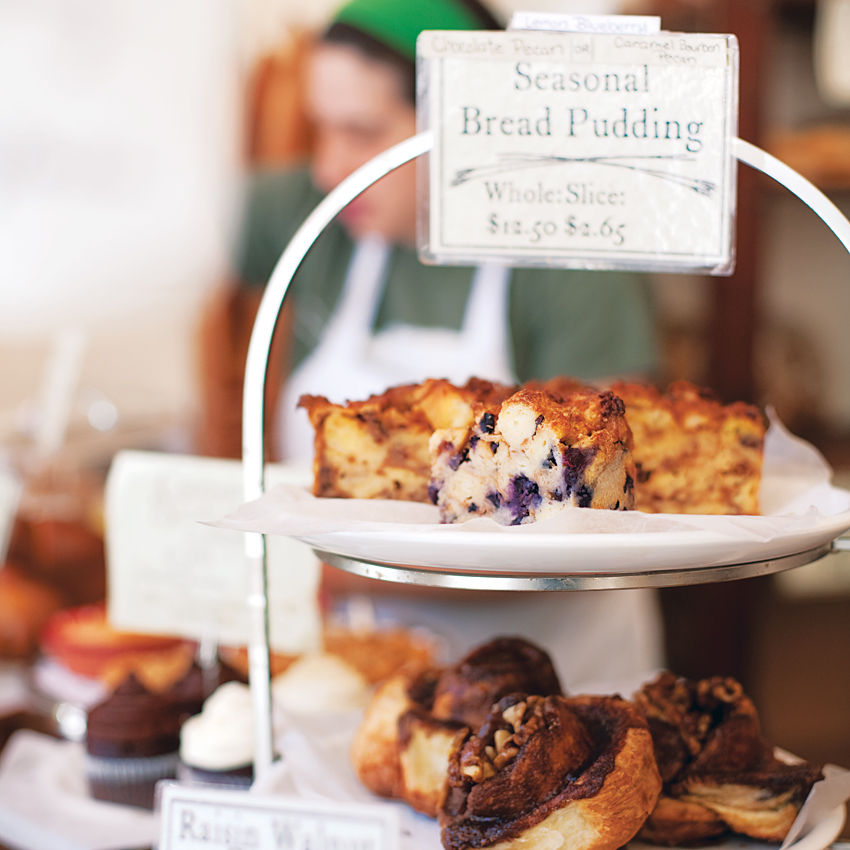 Set foot inside a great restaurant, and the feeling is usually admiration, even awe. Enter a great bakery like A&J King, and it's more like giddiness. Everything looks as good as it smells, and tastes even better, courtesy of the New England Culinary Institute grads working the ovens. Andy King bakes the breads—tangy North Shore sourdough, airy ciabatta—and wife Jackie creates the toothsome pastries, which range from flaky croissants and custardy bread puddings to the dense and intense chocolate cakes called bouchons. They also plate fresh-made sandwiches and flatbreads and pour what just might be the North Shore's best espresso. Did we say giddiness? We meant love. 48 Central St., Salem, MA 1970, ajkingbakery.com.

As New England’s largest celluloid celebration of people of color, this vibrant 10-day showcase highlights remarkable features, documentaries, and shorts that reflect the diversity in our community and around the world. Roxbury, MA roxfilmfest.com. 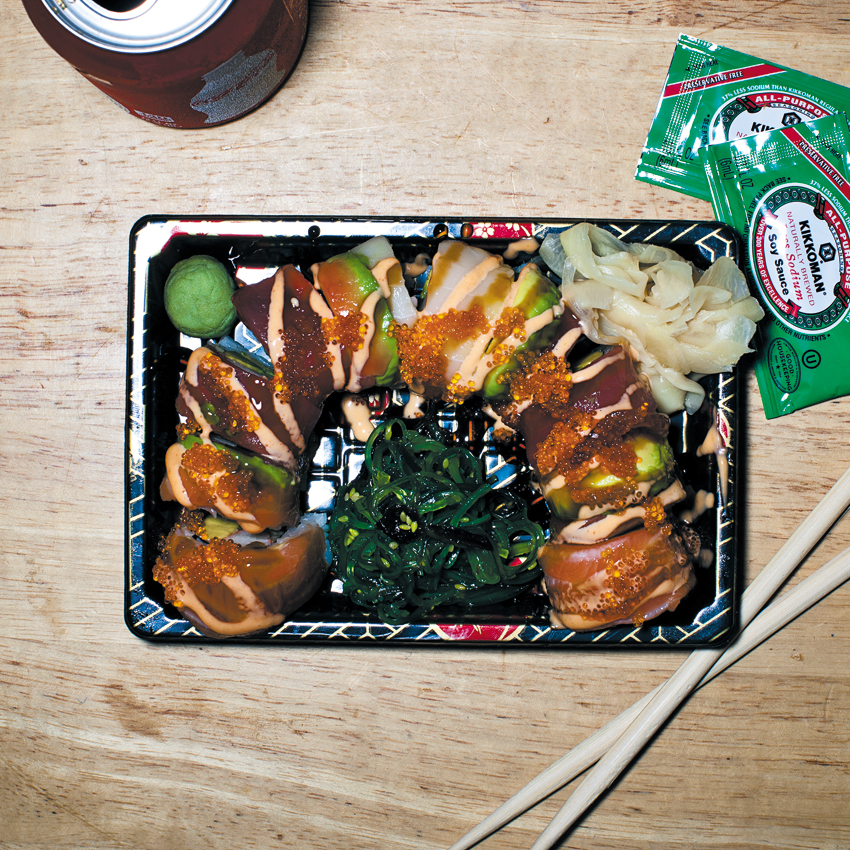 It was while dining at a rickety card table at this tiny Chinatown spot that we learned to cast aside our fear of cheap sushi. Pro tip: Ask the chef what's freshest, and he'll guide you through the menu. 42 Beach St., Boston, MA avanasushi.com.

Our favorite spot in this charming arcade-style mini mall is the Marketplace Café, where you can grab coffee and pastries to go—and return later for craft-beer tastings, brunch on the patio, and live music. 154 Maverick St., Boston, MA 02128, 154maverick.com.

Its stated mission is to "inspire the imagination of children," but it makes adults wish they were back in school. Backstage workshops, art and essay contests, and exhibitions for Massachusetts students, plus workshops for teachers. Our state needs it.

Walter Pierce, whose Celebrity Series has launched more than a few careers, and whose keen sense of talent and moment has kept our town in culture.