In a business more fickle than the entertainment industry, chef Todd English proves that talent equals staying power. When he first blipped onto our radar in 1989 with the opening of Olives in Charlestown, we knew he was going to change the culinary landscape of this town permanently. What we didn't expect was that we'd have to share him with the rest of the world. English is now the proprietor of 13 restaurants in seven cities, from Aspen to Tel Aviv. Amazingly, quality has never suffered: The butternut squash tortelli at Olives is still the same wondrous combination of rich and rustic flavors, and the pizzas at Figs are still funky and delicious as ever. English is unafraid to take risks: His newest spot, Kingfish Hall in Quincy Market, is enlivening the touristy food scene with its creative takes on New England staples and its fun atmosphere. How does he do it? The man's got the gift. Thanks for feeding us so well, Todd. We're still hungry for more. 10 City Square, Charlestown, MA toddenglish.com. 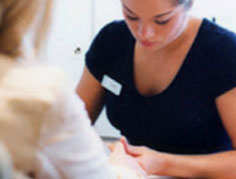 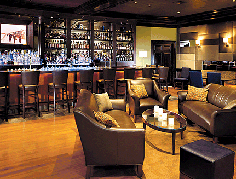 It has overcome the hotel bar stereotype—that of the elevator music-themed nightcap—and regularly packs in a crush of yuppies and guests. Dim lighting and Azure chef Robert Fathman's specialty liquors provide all the courage you need to sidle up to the eye candy from room 202. 61 Exeter St., Boston, MA 2116, citybarboston.com.

At the Ayurvedic Rehabilitation Center in Brighton, Loretta Levitz practices in the 5,000-year-old Indian ayurved tradition, which uses herbs and other means to bring the body into balance. Although she specializes in severe and chronic illness, much of Levitz's work is devoted to developing herbal, nutritional, and spiritual "lifestyle" plans for her clients. 103 Bennett St., Brighton, MA .

The Madonna Queen of the Universe Shrine

It's strange to refer to a 35-foot-tall sculpture as a "hidden" gem, but this bronze-and-copper marvel (originally created by Italian-Jewish sculptor Arrigo Minerbi in tribute to the Catholic order that harbored him during the Holocaust) seems to inhabit a world of its own from its hillside Orient Heights perch. Those who make the pilgrimage will be rewarded with breathtaking city views—and handy proximity to Belle Isle for an après-awe lobster roll. 150 Orient Ave., East Boston, MA 02128, . 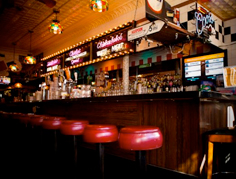 The contagious only-in-a-karaoke-bar camaraderie at Charlie's has crooners of all ages forgoing television remotes in favor of their own version of American Idol. During the always entertaining Tuesday night ham-fests, gleefully off-key patrons cover everything from frizzy '80s power ballads such as "Don't Stop Believin'' to campy oldies like Peggy Lee's "Fever." There's no prize for the best cover at this diner-bar; thankfully, there are no incoherent ramblings from Paula Abdul, either. 10 Eliot St., Cambridge, MA 2138, charlieskitchen.com.