You must enter a value into the award field or select year.
1995 Best Whitewash

A and A Limousine Renting Inc.

The crème de la crème of Cadillac limos—new, air conditioned, with attentive and impeccably-tailored chauffeurs. For $14 an hour, you can ride like the Shah of Iran. 43 Elmwood St., Somerville, MA .

The South Side of Chicago meets the west side of Boston in a relaxed club where the covers are merciful, the drinks are cheap, and the best local and national up-and-comers wail into the wee hours, seven nights a week. 156 Brighton Ave., Allston, MA .

Don't bother stopping at Pier's Park for breathtaking views of Boston Harbor—instead sign up for the two-hour intro to sailing course and hop aboard to get sweeping views of the skyline from the water. 95 Marginal St., Boston, MA 02128, piersparksailing.org. 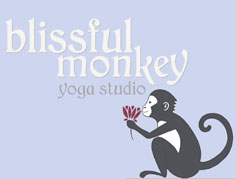 Get a dose of flexibility and strength from owner and instructor Terri Holler. Her Sunday evening mixed-level class relaxes and recharges—the perfect way to start a new week. On the go? Take a time-out with Lunchtime Yoga, an hour of midday instruction to help keep that inner peace flowing from 9 to 5. 663 Centre St., Boston, MA 2130, blissfulmonkey.com.

Tons of equipment, two aerobics studios in Cambridge and three studios in Brookline, each offering more than 100 classes per week, early and late hours, tight security, and a friendly, noncompetitive atmosphere. Regardless of age or body type, nobody has a problem walking around naked in the cushy Healthworks locker room. Porter Square Shopping Center, Cambridge, MA .

Regardless of the Globe Spotlight Team's investigation into after-hours clubs and unlicensed premises serving alcohol, Moon Villa is a superlative restaurant. The waiters aren't surly anymore, either. But know that when you order "cold tea" you may not get a beer anymore. Just cold tea. 23 Edinboro St., Boston, MA .

A tough call, but a survey of well-dressed local career women said they liked the range of prices—from moderate to Armani—the stylish merchandise, the well-stocked petite department, the frequent and substantial sales (love that 40 percent off!), the easy parking, and the evening hours. The Mall at Chestnut Hill, 199 Boylston St., Chestnut Hill, MA .

1994 Best Example of Politician as Slacker

Redhead is no Reagan republican, but his work habits are reminiscent of the Gipper. Regular squash games, Grateful Dead concerts, and a generally drowsy appearance suggest that Bill might be happier at home playing Nintendo. However, rumor that a 30-hour workweek will be a major plank of his campaign is apparently unfounded.

The heel of your shoe is falling off. There's marinara sauce on your tie. Your rug smells like Chinese takeout. You've been going to CVS in the morning—to buy socks. Enough. It's time to clean up your life, but the problem with your life is that you have no time to clean up. Luckily there's the Emporium, the only place where you can pick up your dry cleaning, drop off your laundry, have your shoes repaired, store your winter coats, and get your rug cleaned at 10:45 on a weeknight. If your shirts have ever been trapped for a month at a laundry that closes before you get out of work, this is the place for you. 409-A Marlborough Street, Boston, MA .

Todd English, Olives, for turning away the cast of Cabaret after a show because it arrived after 11 p.m.—an hour later than the agreed-upon time. That's telling 'em—and in plain English, too.

This massive spa offers a steam room with star-like lights, a dimly lit "vitality pool," and services that truly transport. For an indulgent experience, try "The Retreat," a six-hour journey including a private yoga or Pilates session, foot therapy, a facial, lunch in the spa's café, and a full-body exfoliation and massage. 776 Boylston St., Boston, MA 02199, mandarinoriental.com/boston/luxury-spa.