You must enter a value into the award field or select year.
2011 Best Pedicure

The foot treatments here are as good for your head as they are for your toes. Grab a magazine and settle into one of two elevated pedicure stations. Then your snacks and tea arrive. And then you notice the flat-screen TV in front of you, and the remote at your side. As your nail tech buffs, soaks, and scrubs, you feel like a kid on a fake sick day. And that makes for very happy feet. 100 Stuart St., Boston, MA 2116, blissworld.com.

Whether texting, shopping, or trying out the newest dating app, you’re already living your life in a series of button taps. Why not invite that kind of efficiency into your humble abode? These West Roxbury–based pros can hook you up with all sorts of time-saving technology, seamlessly wiring your home to do everything from enable your alarm system and lower your shades at night to adjust the lighting in your kitchen while you cook. 5230 Washington St., West Roxbury, MA sdiboston.com.

When you need fortification before hitting Hingham's Derby Street Shoppes, slip into Little Carmen's. The wee strip-mall café in Norwell serves a knock-out medley of American and Mexican dishes, from chilaquiles topped with slow-roasted pork to chili rellenos wrapped in a light-as-air omelet. Best of all? You'll be in and out in under an hour, so you can get to shopping. Savvy neighborhood folks know about it, and you should, too. 43 Washington St., Norwell, MA 2061, littlecarmens.com.

With a slate of shows that consistently capture the zeitgeist, Company One is the city's most vital and diverse small-theater troupe. The past season was highlighted by Every 28 Hours, a vast project consisting of 80 one-minute plays penned by more than 40 authors, all highlighting the shocking statistic of how often an African-American person is murdered by a vigilante, security guard, or police officer. 539 Tremont St., Boston, MA 02116, companyone.org.

A venerable palace of classic works, the MFA upped its contemporary game last fall with #mfaNOW, a celebration of modern art that presented the unique opportunity for visitors to watch all 24 hours of Christian Marclay's real-time video collage The Clock at an overnight party. But the institution hasn't neglected its roots, kicking off the warmer months with a Henri Matisse exhibit that you can see for yourself until July 9. 465 Huntington Ave., Boston, MA 02115, mfa.org.

The Wave at Middlesex Lounge

Independent promotions company CLLCTV Boston is combatting the Hub's puritanical closing hours by starting the party earlier. Once a month on Sunday afternoon—a time typically reserved for wallowing in Saturday's mistakes and digesting hollandaise—the Wave invites a rotation of homegrown and visiting DJs to the Middlesex to close out the weekend right. Just over a year old, the daytime dance party provides good beats, promotes good vibes, and attracts a multicultural crowd in an oft-segregated club scene. 315 Massachusetts Ave., Cambridge, MA 02139, thewaveboston.splashthat.com.

After 11 p.m., breading and deep-frying tend to compensate for a lack of creativity on most menus. Not so at Fairsted, where themed late-night fare rotates every month. In February it was all things Greek; when we visited in March, Jamaican. The kitchen and waitstaff bring the same attention to after-hours dining as they do to the dinner service, churning out interesting small plates with a touch of whimsy. 1704 Beacon St., Brookline, MA 02445, fairstedkitchen.com.

Hire Boston Common Band, and they’ll treat you to a private concert. Watch as the lighting crew heightens the energy in the room with orange and red fixtures, and while the sound team keeps the music playing with state-of-the-art technology—all in the name of ensuring the eight-member group can focus solely on their music. Able to belt out anything from Adele to Queen, the band can even work with hometown hero Keytar Bear—available by request for cocktail hour—to start the evening on a high note. 290 Needham St., Dedham, Massachusetts 02026, bostoncommonband.com.

Big, bold, flirty eyelashes are always in vogue, but those not blessed with the movie-star glamour gene end up cursing the mirror as we juggle glue and falsies for hours. That’s where beauty genius Laurie Slosberg comes in. The certified aesthetician has been performing enhancement procedures for 20 years, and can give you soft, natural-looking lashes that will free you of eyelash curlers and gooey mascara. 29 Crafts St., Newton, MA 2458, cosmeticsurgeryexperts.com. 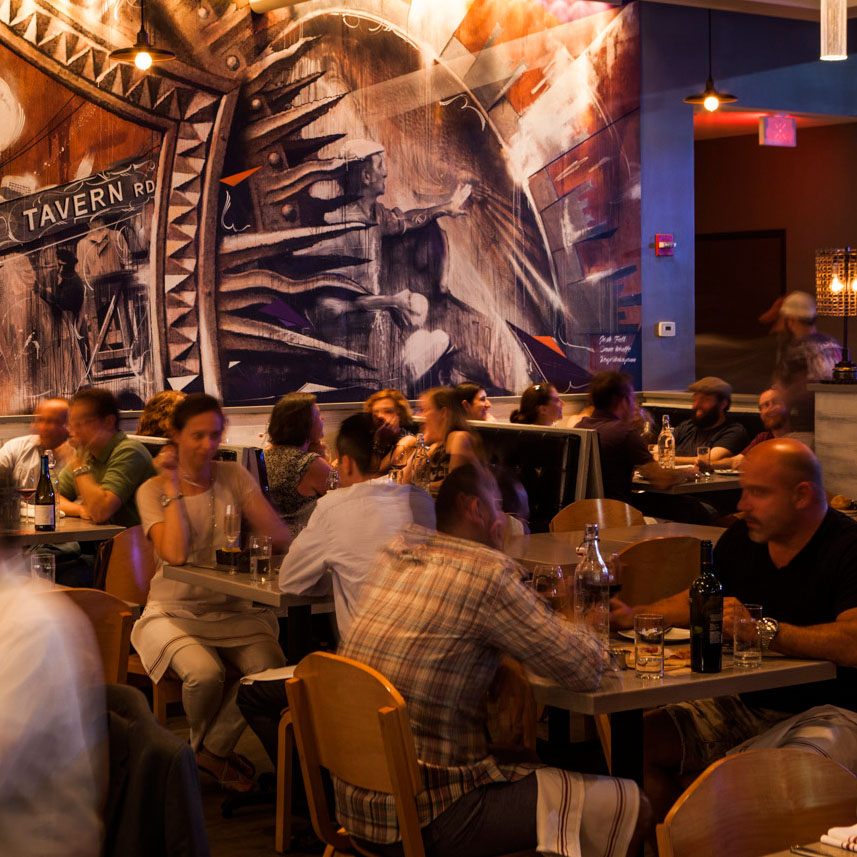 Photograph by Jesse Burke for Best of Boston 2014

Once a certain hour hits, most restaurants make the switch from carefully designed entrées to standard-issue flatbread pizzas. Not so at Tavern Road, where Louis DiBiccari’s late-night menu sparkles with verve and inventiveness, as evidenced by delights like lamb meatballs with harissa vinaigrette, Korean-inflected barbecue wings, and salami, mortadella, and Gruyère—stuffed calzones. 343 Congress St., Boston, MA 2210, tavernroad.com.

We can hardly believe Nicolazzo responds to a 24-hour answering service, appears for emergency work at almost any time (with assistants), and does excellent work. He's even plumber to the stars; that is, he's doing the work on the home of rock singer Ric Ocasek of the Cars. "I remodel old bathrooms and kitchens," the affable Nicolazzo told us, "but not new ones. No challenge. But I will repair them." And for a reasonable price. Newton, MA

"You can't handle the truth."

What's almost as unbearable as the slow ferry to Nantucket? The July and August crowds. Get away from it all at the Relais & Châteaux-recognized Wauwinet, perched among the dunes on the island's sleepy eastern tip. Sunbathe on the resort's private beaches, sip sparkling rose at Topper's, or indulge in a basalt-stone massage at the spa. And if you suddenly desire civilization, there's a shuttle to town that runs daily on the hour. 120 Wauwinet Rd., Nantucket, MA wauwinet.com. 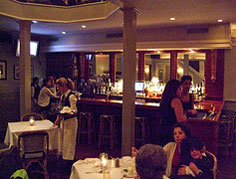 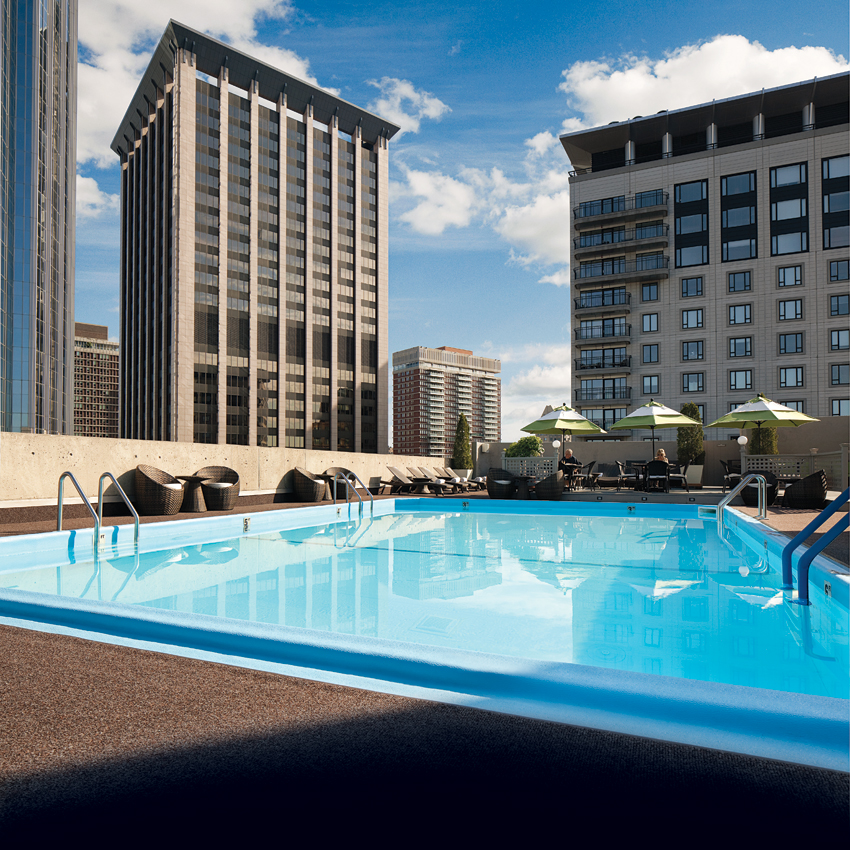