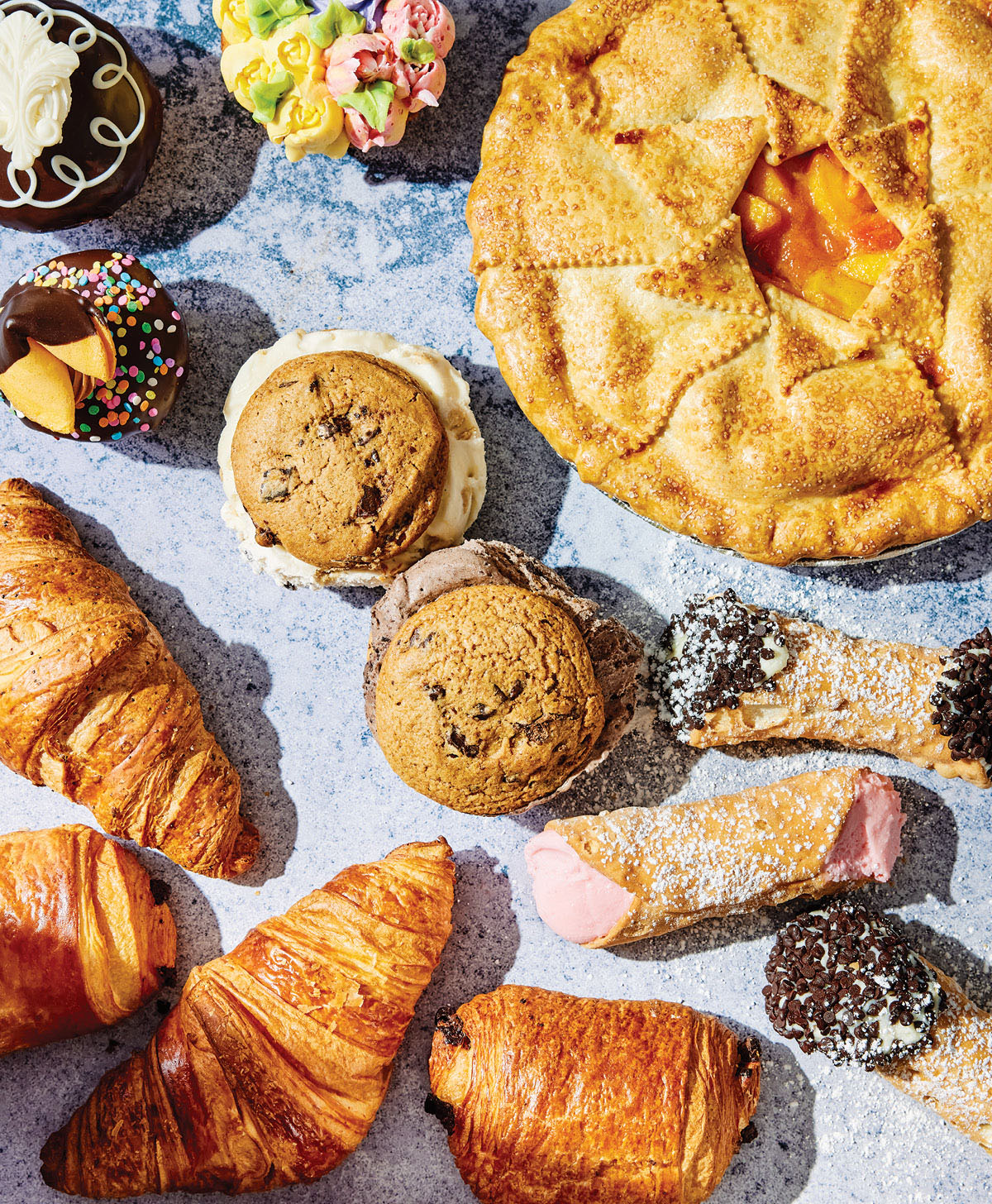 Bakeries too often make their cupcakes all about elaborate decorations. The actual cake, meanwhile, is a dry, disappointing afterthought. That’s not the case at Sweet Tooth, where fluffy, super-moist cupcakes are more than a match for the rich pompadours of creamy frosting that crown them. The chocolate-ganache-topped Boston Cream, in particular, is a tasty twist on an iconic local treat. 371 W Broadway, South Boston, MA 02127, sweettoothboston.com.

When the berries are in season, this is the finest drink Boston has to offer the sweet tooth. When they're not, the cognac library here isn't a bad alternative to the alternative. 14-20 Marshall St., Boston, MA .

Given the drool-inducing array of cakes and freshly filled cannoli, sweet tooths should not cross the threshold unchaperoned. 257 Hanover St., Boston, MA 2113, .

For the sweet-toothed there's the cinnamon-raisin-vanilla waffle; for the diet-conscious, a healthy heaping of strawberries, apricots, and kiwi on multigrain. The combinations are limitless and breakfast is served well into the afternoon. 386-388 Centre St., Jamaica Plain, MA . 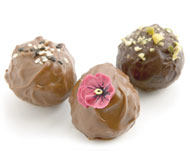 There are perhaps no greater late-night food cravings than for French fries or macaroni and cheese. Fortunately for Boston barhoppers, Silvertone serves mean versions of both in its soothingly dark subterranean bar and lounge. Slip down the stairs and settle into a booth to order from a menu filled with a mix of comfort food and gourmet dishes, served quickly and efficiently by the casual, friendly staff. The full bar means that those who still have the aptitude for one last tipple can wash down their BLTs with an ice-cold draft. What's more, the location (smack-dab in the middle of the newly trendy Ladder District) makes Silvertone an easy addiction to indulge. 69 Bromfield St., Boston, MA silvertonedowntown.com/.

Who would expect to find the recherché charm of an exquisite Champs-Elysées café in Chelsea? Anyone who knows Truly Jörg's—the tiny European-style patisserie crammed with utter delicacies—that's who. Co-owner Jörg Amsler has created desserts for Dubya's dad in Kennebunkport and was trained as a pastry chef and chocolatier in Switzerland, and it shows in every crumb. His chocolate croissants are a perfect blend of bittersweet satisfaction. The tantalizing cakes on sale here range from decadent coffee buttercream and mocha genoise torte to deeply tart-sweet raspberry swirl cheesecake. The dainty petit fours, bite-sized treats that melt on your tongue, will have the most discriminately sweet tooth addicted at first bite. 131 Arlington St., Chelsea, MA trulyjorgs.com/.

While every scoop shop on the Vineyard proffers a rainbow of flavors, none do so with as much imagination as Ben & Bill's, which mixes things up with options that include chai tea and lobster, and a knockout Kahlua, Grand Marnier, and Baileys concoction called KGB. Portions are enormous, and you're allowed to sample endlessly. The place doubles as a candy factory, too, leaving no sweet tooth uncoated. 20A Circuit Ave., Oak Bluffs, MA 2557, .

We love the cozy tables in the storefront overlooking Brattle. We love the tiny chocolate mice, complete with colorful ribbon tails. But what we really adore is the fact that all of the chocolate in this sweet-tooth cafe is handmade, down to the decadent hot chocolate, whipped up from equal parts chocolate and milk (!). The heavenly libation comes in dark, milk, and white chocolate (sometimes), and is so thick it sticks to the roof of our mouth. Imbibe with caution: It's been known to make even the most jaded gourmands swoon. 52D Brattle Street, Cambridge, MA burdickchocolate.com/.

The toasted meringue rests, like a stormy cumulus cloud, atop the thick piece of buttery brioche, daring you to break into it and let the molten chocolate ganache underneath flow freely. This is Comedor's s'mores French toast, and it's brought us back for Sunday brunch again and again. But there's so much more to love at this Chilean-American restaurant in Newton Centre, from the scrambled-egg tacos with cotija to the gut-busting breakfast burger, topped with a fried egg and scallion salsa. For those who still haven't satisfied their sweet tooth, the house-made doughnut, which arrives dripping with dulce de leche and more of that chocolate ganache, should do the trick. 105 Union St., Newton Centre, MA 2459, comedornewton.com. 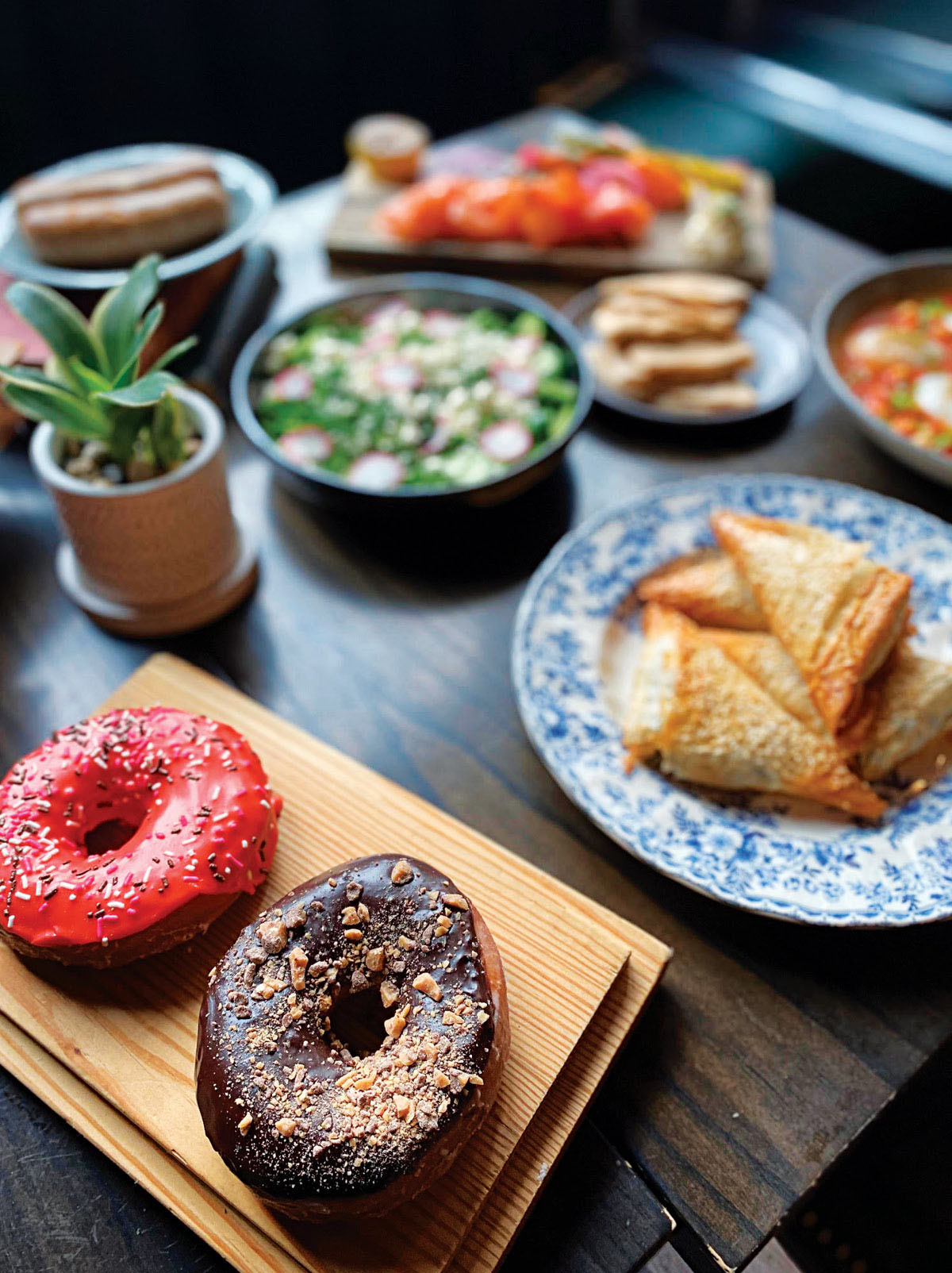 Whether you’re looking to soak up your hangover with pork belly and grits, satisfy your sweet tooth with French toast pancakes, or stay on your health kick with salmon and avocado toast, there’s something on Ledger’s Sunday-brunch menu worth getting out of bed for. And you won’t want to sleep on the cocktails, either, including the “Electric Relaxation,” featuring cognac, cr&_egrave;me de cacao, RumChata, and chocolate, as well as a 22-ounce bloody mary made with organic Prairie vodka and “secrets.” 125 Washington St., Salem, MA 01970, ledgersalem.com.