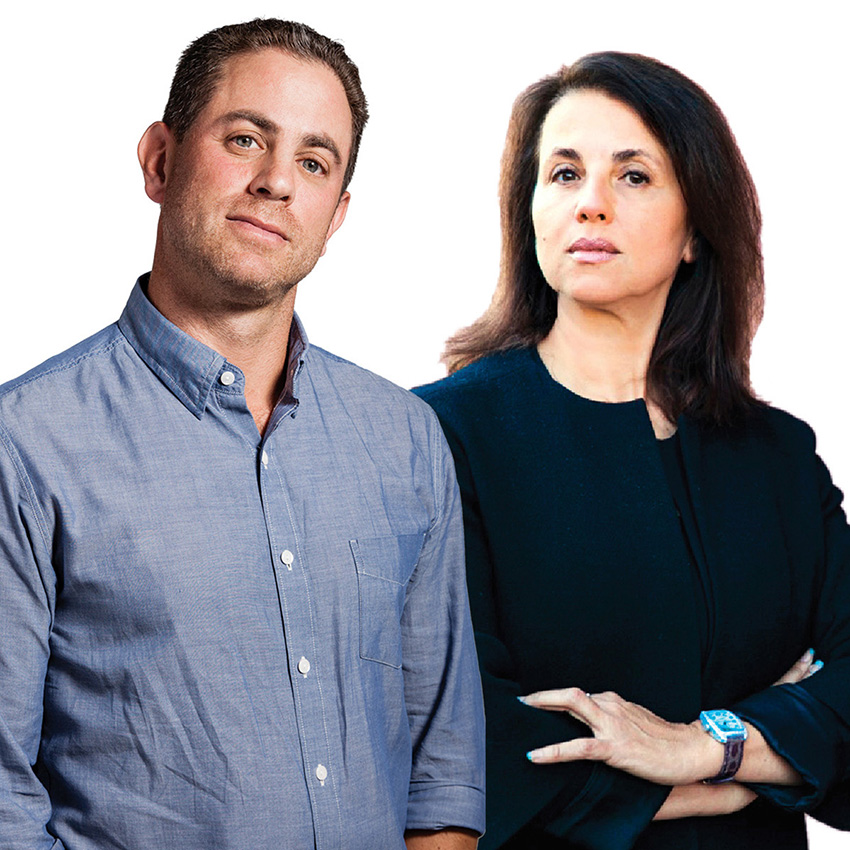 After striking gold with Lids and Rue La La, Ben Fischman’s latest business endeavor feels like his most authentic and personal yet. The Boston entrepreneur launched the e-commerce footwear boutique M.Gemi with chief merchant Maria Gangemi. The idea? Commission craftsmen and family-owned Italian factories to make luxury shoes by hand, then sell directly to the customer, cutting out markups from mass retailers. mgemi.com.

Whether you want your high-profile clients chauffeured around town or simply need a lift to Logan, Commonwealth Worldwide has you covered, stylishly. Founded in Boston nearly 35 years ago, the international car service boasts sparkling new fleets of luxury sedans and SUVs, as well as an app that allows users to track their vehicle, contact their driver, or adjust their itinerary with ease. Move over, Uber. 250 Everett St., Allston, 02128, commonwealthlimo.com.

Lauren Genatossio is a brow architect. Those three hairs on top? They exist to keep the ones underneath in place. The stragglers on the end you so desperately wanted to tweeze this morning? Once they’re properly filled in (don’t worry, she’ll take plenty of time to walk you through the finer points of eyebrow penciling), they’ll contribute to a beautiful, full, and perfectly sculpted brow. 840 Summer St., Boston, 617-269-8999; 104A North St., Hingham, 781-749-5599. 840 Summer St., Boston, 02127, sarrastudios.com.

With top-notch bookings (courtesy of promoters Bowery Boston) and the city's best-designed concert experience, the Sinclair is the House of Blues, only more intimate; the Paradise, without poles obstructing the sightlines; the Middle East downstairs, with a balcony and style. And no other venue can sustain this level of buzz, with surprises like Converse's weeklong run headlined by Passion Pit, Slayer, the Replacements, and Chance the Rapper this past spring. 52 Church St., Cambridge, MA 02138, sinclaircambridge.com.

Fort Point Italian restaurant Pastoral gets points for a prime location (blocks from the Boston Children's Museum) and an excellent parking situation (get a $5 validation for the nearby Farnsworth Garage). There's ample stroller parking in the takeout area, and tables are widely spaced so antsy children can roam free. The kids' menu, meanwhile, offers thoughtful touches like gluten-free pizza; paper and crayons arrive while you wait. 345 Congress St., Boston, MA 02210, pastoralfortpoint.com.

Card-carrying Bostonians that we are, we couldn't really get behind the whole Boston-cream doughnut thing—until we tried the version at Union Square Donuts, with its thick layer of dark ganache frosting and custardy vanilla-laced center. The shop also specializes in unusual flavors like sea-salted bourbon caramel, PB & J, even pizza (hey, it works). 20 Bow St., Somerville, MA 02143, unionsquaredonuts.com.

Within the enormous spectrum of Irish-ish spots in Boston, what ultimately sets the Druid apart is its unwavering commitment to the basics (a perfectly poured Guinness, traditional live music sessions, an affable barkeep), plus some surprises, including a seasonal braised oxtail soup, Pretty Things Meadowlark IPA on draft, and trivia nights that pay cash prizes. 1357 Cambridge St., Cambridge, MA 02139, druidpub.com.

At the crossroads of the next John Mayer and the original Bleeding Gums Murphy stands a music club that could only live in Boston. Still going strong after 67 years, Wally’s is famously where the city’s old-guard musicians meet the new kids, forging a musical alchemy exclusive to the South End. It’s where the Berklee kids drop in before they inevitably drop out, and jazz and blues fans are the beneficiaries. Any night, no cover and a chance to catch greatness on the cusp—how do you argue with that? 427 Massachusetts Ave., Boston, MA 2118, wallyscafe.com.

Owner Angela Atenco Lopez’s rich, complex mole poblano is one of the dishes you must try before you can claim your Boston food-geek merit badge. On second thought, actually, perhaps we meant Lopez’s citrusy, onion-studded guacamole. Or maybe the plate of chilaquiles, with its crisp tortilla chips, fresh tomatillo sauce, and toppings of crema and queso fresco. Erase any doubts by doing what we do: order them all. 131 Lexington St., East Boston, MA 2128, angelascafeboston.com.

This sneakily vegetarian chainlet may have brick-and-mortar locations everywhere from Brookline Village to Burlington, but it got its start as one of the first important food trucks in the Boston area. And Clover’s fleet of six restaurants on wheels is still a leader when it comes to truck-side fare done right—easy-to-eat, inspired, and (bonus!) relatively healthy creations like the sabich-inspired egg-and-eggplant sandwich, rosemary-scented fries, and one of the finest breakfast sandwiches around. Various locations, cloverfoodlab.com.

The Order: Chill out during a socially distant summer with the frozen whiskey smash ($12). It gets a hit of crème de cacao alongside the standard lemon and mint. The Cause: Two bucks per drink—made with booze from a Black-female-run Tennessee distillery named for Nathan “Nearest” Green, an enslaved man who taught Jack Daniels whiskey making in the 1850s—goes to Black Lives Matter Boston. blacklivesmatterboston.org. 3 Beacon St., Somerville, MA 02143, trinastarlitelounge.com.

Part of the first fleet of food trucks to hit Boston streets in 2011, Pennypacker’s has grown to include a small Somerville restaurant, a selection of online-ordered prepared meals, and a forthcoming stall at High Street Place food hall, opening this fall. But its signature porchetta sandwich—slow-roasted pork marinated in garlic and rosemary, and tarted up with a zippy mostarda—remains a must-try, as do detours like fried-chicken sammies topped with slaw and herb vin. 514C Medford St., Somerville, MA pennypackersfinefoods.com. 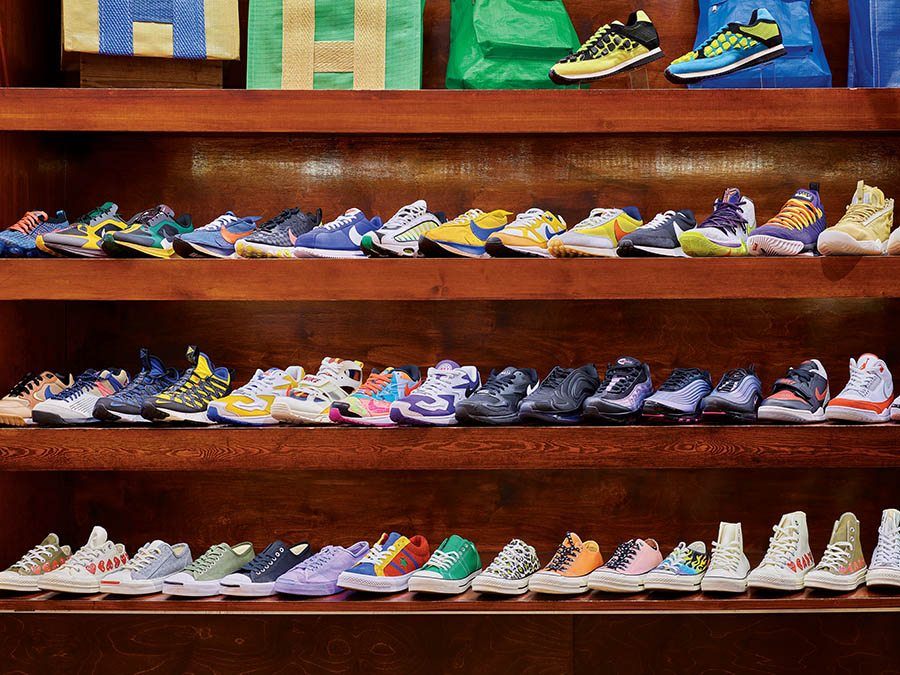 This Best of Boston Hall of Famer clearly wears the crown for cool streetwear and footwear, but with the opening of its Los Angeles sibling this past year, the brand’s influence has officially gone bicoastal. The new Bodega may draw in A-listers such as Jamie Foxx, Maya Rudolph, and Cameron Diaz, but thankfully, the buzziest lifestyle launches from Adidas, Nike, and Karhu are still happening right here in our own backyard. 6 Clearway St., Boston, MA bdgastore.com.

Boston gal Lisa Jean-Francois longed for a place where she could share her love of beauty and fashion from her viewpoint as a black feminist—so she created one, launching her website to dish on pop culture, natural hair, and Beyoncé as well as post photos of her head-to-toe outfits. Almost seven years and 35,000-plus Instagram followers later, Francoise is a full-time content creator who’s served as an official influencer for companies such as Procter & Gamble and Johnson & Johnson. N/A, .