The European skin-care products are almost too posh for the too-young-to-toddle set, but Lester Harry's boutique stocks plenty of functional elegance, too. If cozy robes won't keep the cold out of a Boston January, the fleece car-seat liner surely will. Any number of high-end European lines (from Petit Bateau to Lili Gaufrette) are represented, but the Orla Kiely diaper bag is a favorite with employees and customers alike. 115 Newbury St., Boston, MA lesterharrys.com/.

Some people will never be swayed by the pure, clean, digital sound of compact discs—they prefer their music to be on vinyl. You can get the best of both worlds—used CDs and LPs—at Looney Tunes. And best of all, many are under $10. Looney Tunes is particularly strong in teh jazz and rock departments. They also carry collectibles: In June, at the Boston store, the avid Beatles fan could take possession of the rare and coveted "butcher cover" for a mere $600. 1106 Boylston Street, Boston, MA .

This tailor honed his craft at Louis Boston, and it shows, especially when it comes to pants. Benny Ho is the master of finding that extra inch, making sure the break falls in the right place, and giving a suit an almost made-to-measure look. And for that jacket that's a little tight across the chest, Ho can open up some breathing room. 1405 Beacon Street, Brookline, MA .

Skip brought his expertise from Louis Boston and Saks to Zegna, where he will outfit the harried male, offering wearable advice on everything from casual Fridays to afternoon weddings. This personal concierge will make sure your clothes are altered on time an delivered; he'll even give you first dibs on new designs before they hit the floor. 39 Newbury St., Boston, MA . 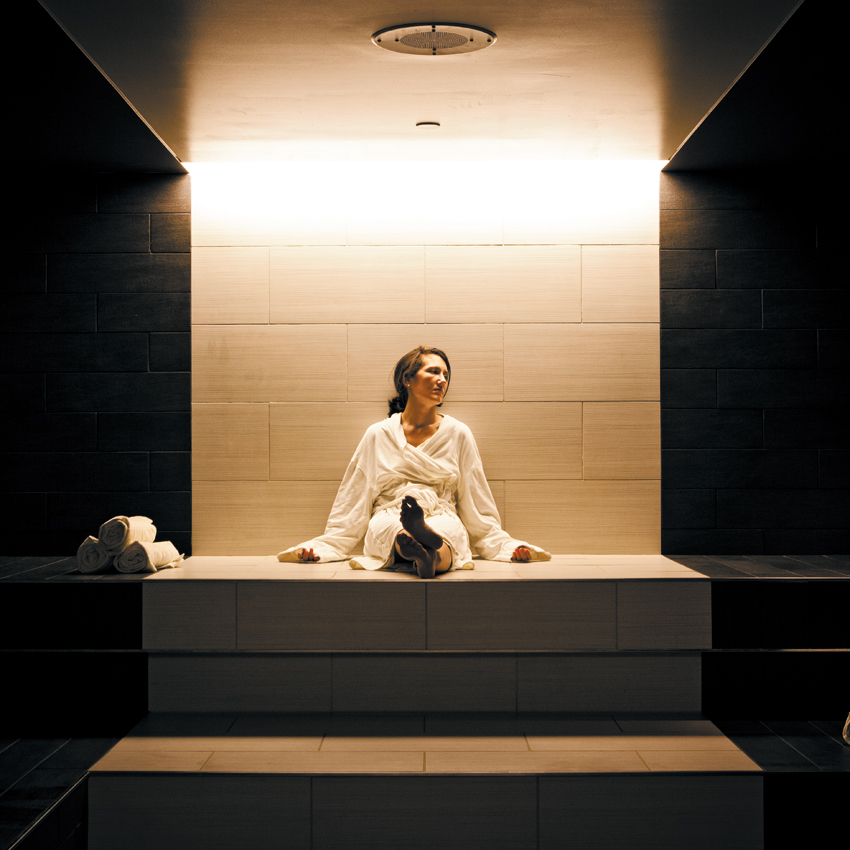 We love the daily bustle of living in Boston, of course, but sometimes we need an escape. At this expansive waterfront spa, the hammam—a stunning, stone-tiled Turkish bath—lets you while away time between treatments with a magazine, or just your wandering thoughts. The amenity-packed locker room, shampoo-commercial-worthy showers, and attentive aestheticians, meanwhile, all make the city feel far, far away. 2 Battery Wharf, Boston, MA exhalespa.com.

When you're clearly a brunette—by coloring, heritage, and attitude—why do so many Boston stylists pressure you to go blond? The one man who gets brown in this town is Michael Albor. Wielding all the luscious shades (burnt umber, auburn, bronze), he creates a vibrant palette without a hint of brass. Unfortunately, the secret is out, so if you're fighting the clock to cover grays, book way (way) in advance. 253 Newbury St., Boston, MA theloftsalonanddayspa.com.

The thrill is definitely back. Don't even bother with the suburban locations (you'll do just as well at Marshall's or TJ Maxx), but the Boston store has gotten its groove back. Other than for the big sales (bridal gowns, men's and ladies' suits, Ferragamo shoes, and whatever upscale New York City emporium is dumping its past-season stuff), the most successful bargain shoppers drizzle in frequently, armed with no specific purchasing agenda, an absence of modesty, and a big-city sense of style. Downtown Crossing, 426 Washington St., Boston, MA .

Oh what fresh hell is renting an apartment in this overcharged Boston real estate scene. Hark: Sheila Golden is just the woman you want working for you. Her office specializes in big money building sales, so Golden is in the know when it comes to finding apartments before they hit the market. Her speciality: Back Bay and Beacon Hill. Her best quality: She'll tirelessly show you apartments, taking you around until you've found a keeper. 160 Commonwealth Avenue, Boston, MA .

Maybe it's because his "Good morning" is warm as toast on your way into the hotel for a 7 a.m. breakfast meeting. Or maybe it's because he (and the players on his team) will keep your car up front if you tell them you're only going to be an hour. But Tony Coviello has become a beloved Boston institution most likely because he makes every guest who swishes through the portals of the Four Seasons feel that he or she belongs there. Four Seasons Hotel, Boston, MA .

Lucky's easy-to-miss subterranean location in the Fort Point area and its lack of signage do little to thin the crowds that pack the retro hangout, looking to swill cocktails and sway to live music on weekend nights. But unlike the college kids and middle managers on the make who populate many other Boston hot spots, the artists, young digerati, and stylish singles mingling under the signature red lighting here make for a scene you won't mind having to squeeze into. 355 Congress St., South Boston, MA luckyslounge.com/.

As the many framed posters around the bar can attest, big named have played this small room situated on a Cambridge backstreet, among them Jewel and Elvis Costello. This year, the Kendall bolstered its currency with local talent, creating a "Tuesday Night Music Club" series that features a Who's Who of Boston musicians trying out new or experimental material. Add great food and cheap beer specials, and it's easy to see why this is the hangout of choice for local rock glitterati. 233 Cardinal Medeiros Ave., Cambridge, MA .

What if great Boston chefs such as Todd English of Olives, Lydia Shire of Biba, Jody Adams of Rialto, and Chris Schlesigner of East Coast Grill designed sandwiches? Well, they have, and they're on the menu here, along with other hearty creations contributed by the kitchens of the Tuscan Grill, Ambrosia, and the Elephant Walk, Up Stairs at the Pudding, and the Capital Grille. It's all served in a cheerful atmosphere with sidewalk tables and a friendly wait staff. 61 Boylston St., Boston, MA .

For authentic Japanese cuisine, Ginza quite simply can't be beat— and we looked. We love the wide, flat platters of sushi and sashimi; love the fast service; could do without the bright lights. Nevertheless, whether you're seeking tempura, sushi, seafood, or meat, Ginza's locations in Chinatown and Brookline serve the most delectable Japanese delicacies in Boston. 16 Hudson St., Boston, MA .

When Vinicio Paoli first arrived in Boston in the early '80s, he says it was just like a scene from Big Night: "People would order risotto and then ask why they didn't get a side of spaghetti!" Despite this less-than-fortuitous initiation, he continues to serve the choicest cuts of meat, the freshest pastas, and the most satisfying sauces. 47 Charles St., Boston, MA .