These not-too-sweet muffins are the most satisfying around. 344 Huron Ave., Cambridge, MA .

The Bar at the Ritz Carlton Hotel

He could sweep even Mary Poppins off her feet. 16 Roosevelt St., Newton, MA .

<em>'night, Mother</em> by the American Repertory Theater, at the Loeb Drama Center in Cambridge.

You don't need reservations to snag a seat at this local favorite, where the fritto misto and steak tartare are best chased with a pickleback. What to Order: The fried catfish; crispy-pork lettuce wraps. 152 Dorchester Ave., Boston, MA franklincafe.com.

Ko at the Shipyard

We mourned the loss of a local gem with the closing of Scup's in the Harbour, but when it was replaced by this Australian spot—which offers meat pies, salads, and down-under treats like potato wedges with sweet chili sauce—we breathed a heavy sigh of relief. What to Order: The chicken pita; chickpea salad; meat pie. 256 Marginal St., East Boston, MA kocateringandpies.com.

The fried Brussels sprouts smothered in chipotle-lime sauce justify a trip to this one-and-a-half-year-old hot spot all by themselves. But as long as we're here, we'll also take the tater tots poutine and the pressed-duck club sandwich, and follow it all with a Delirium Tremens, just one great selection from the vast tap list. Chef Leah Dubois's playful dishes taste even better against Local 149's backdrop of rainbow-hued vintage seltzer bottles, chalkboard tables, and reclaimed wood floors. 149 P Street, South Boston, MA 2127, local149.com. 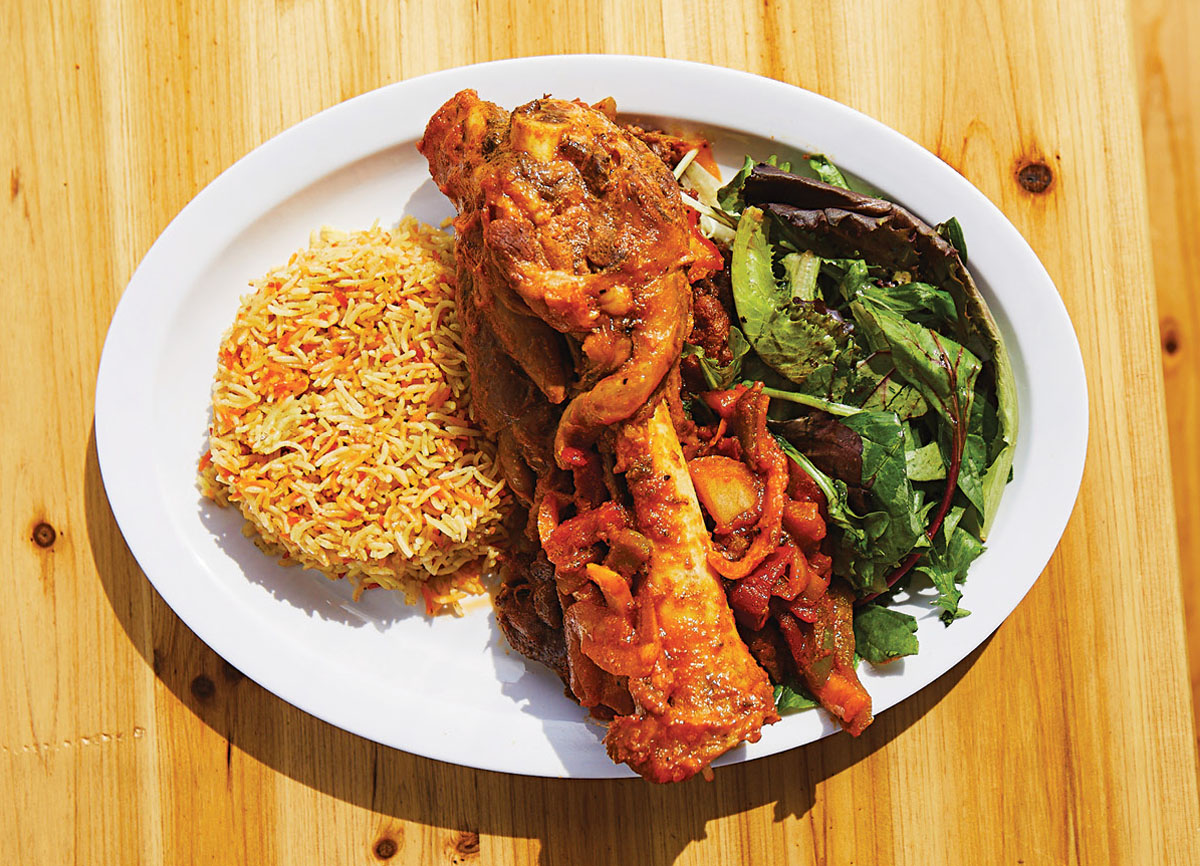 In the gap between Southie's working-class past and emerging condo-class future, St. Alphonzo's stands as a small marvel of a bridge: authentic but not staid, polished but not pretentious. Owned by Silvertone alums Natasha and Peter Irving, who live nearby and obviously pride themselves on feeding their neighbors well, it plates up top-notch sandwiches (the Cuban's a standout) and affordable pastas, meat, and fish that embody home cooking in the best sense. The pocket-sized space is rarely packed, which means patrons can relax and actually hear themselves think—probably, about how soon they can come back. 87 A St., Boston, MA 2127, stalphonzoskitchen.com.