Football, basketball, hockey. You name it, they won it.

Louis carries a selection of practical footwear suitable for almost anything—propping on the corner of a mahogany desk, pumping the clutch of a spanking new Maybach, or skipping off to Ibiza for a weekend of clubbing. Some of the brands, like Prada and Puma, you'll recognize; others, like Kiton and Vass (they're handmade in Budapest), you probably won't. Every style will turn heads as surely as a bespoke Italian suit or comely companion. 234 Berkeley St., Boston, MA louisboston.com/.

There are plenty of good places to buy suits in Boston, but the one place that offers the edge that you will need at Sonsie or on State Street is Louis. 234 Berkeley St., Boston, MA .

Boston Body is a gym for gym people. Nowhere else in town can compete with its variety of classes, the most popular of which is "Butts and Guts." But the gym isn't just about faddish activities; basic workouts are an option too, with a range of equipment that is both high-tech (Cybex Body Masters) and low-down (punching bags). 364 Boylston Street, Boston, MA bostonbody.com.

They fix all that glitters in a glimmer. Without a glitch. 333 Washington Street, Boston, MA .

If Chuck E. Cheese is for country mice, this place is definitely for city mice. A longtime (since 1959) magnet for neighborhood families, it boasts 44 bowling lanes (30 ten-pin, 14 candlepin), 12 billiard tables, 80 video games, a free indoor playground, and tasty pizza. It's also open 24 hours a day, seven days a week, so it draws its share of singles, too. 820 Morrissey Boulevard, Dorchester, MA .

Tours of everything from ice cream parlors and public parks to graveyards and architectural landmarks make learning about Beantown as much fun as it should be.

Buttery, chock-full of pecans, and dripping with caramel. Warren Buffet wishes he were this rich. Available at specialty markets and cafes, .

The Globe again, for slashing not only the aforementioned book section, but also the Sunday Focus section in one of America's most cerebral cities, then promising to launch a new "ideas" section "when a more robust economy brings us better resources."

1979 Best Chance of Bob McAdoo's Playing in Boston Next Winter

Hot take: A spoon should be able to stand straight up in a proper bowl of New England clam chowder. Layered with tender clams and peppered with chopped dill, the creamy concoction at this old-school North End institution allows for exactly that. Belly up to the harbor-side bar for the fullest experience, and relish a bowl or overflowing mug that passes the taste and thickness tests. 80 Atlantic Ave., Boston, MA thebostonsailloft.com. 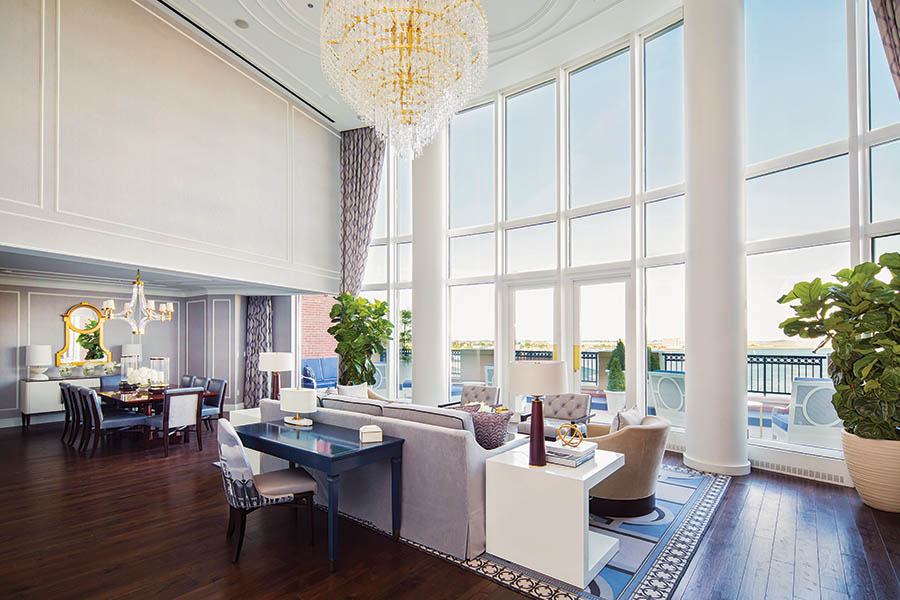 If heaven were a place on earth, it would be the Boston Harbor Hotel’s new John Adams Presidential Suite. Showcasing drop-dead-gorgeous waterfront views from its floor-to-ceiling windows and terrace, the 4,800-square-foot retreat is bolstered by a glass-domed ceiling, a freestanding soaking tub overlooking the harbor, and a private elevator (because if you’re paying $15,000 a night, why mix with the hoi polloi?). 70 Rowes Wharf, Boston, MA bhh.com.

When Diddy ran the New York City Marathon as a last-minute, made-for-MTV fundraiser/publicity stunt, he was able to enlist the legendary Alberto Salazar to help him through his crash-course, five-week training regimen. You, obviously, are not Diddy. But you can at least have your stride expertly analyzed by former Olympian Mike Roche, who will film you jogging on his in-store treadmill, study the footage in slow motion, and then put you in the sneakers best suited to the quirks of your stride. Just be sure to give yourself more than five weeks to train for your big race. 121 Charles St., Boston, MA 2114, bostonrunningcompany.com.