The best gay club in town? Whichever "straight" bar (their words) this grassroots group decides to take over, flash-mob style. Unlikely past locales have included Tommy Doyle's, An Tua Nua...even Europhile favorite Caprice. Once you find out where to go—the details are announced via listservs and Twitter—get there early: Lines often stretch around the block. bostonguerrilla.com.

Seaport Hotel's Wave Health and Fitness Club isn't the swankiest place to swim in Boston (that would be the InterContinental). But it's far from crowded, well kept, and refreshingly affordable. The skylight-enhanced pool offers three warm, four-and-a-half-foot-deep lanes, and the $15 day fee includes the eucalyptus-infused steam rooms and plenty of workout equipment. Bonus: Kids are just $5 a pop. 1 Seaport Ln., Boston, MA 2210, seaportboston.com.

South Boston on a Saturday Night

Other advice: Wear green, look tough, and whistle the theme to How Green Was My Valley.

With a ringmaster like Louise and a Dapper dancing bear, how could this show be other than great? MA

While we appreciate Boston’s cobblestone streets, we’re also progressives. This chic hotel is just like us: a little bit of both. Built into the skeleton of the city’s first office tower (1893), the David Rockwell creation beautifully balances the past with a slick, white future. Lovers of luxury will find five-star amenities like in-room spa services and fireplaces in some rooms, and, if you’re there the weekend of the Boston Calling music festival this fall, you’ll be right next door. One Court St., Boston, MA 2108, ameshotel.com.

For a generation, this minimal-frills North End eatery at the water’s edge has attracted a legion of fans with its herb-y, unpretentious, preposterously thick take on the New England staple. To wit: Each overflowing mug comes loaded with fresh, tender clams and, in an unusual but welcome twist, a handful of chopped dill. There are few chowders in Boston this rich, and none this good. 80 Atlantic Ave., Boston, MA 02110, thebostonsailloft.com.

Proprietor Bobby Garnett is no longer with us, but his spirit lives on at his eponymous South End shop. Looking for a vintage hatbox? Aviator shades? A bejeweled belt that makes you look like a country-and-western diva? Chances are you'll find it here, plus racks of $2 blazers during Bobby's legendary sidewalk sales. Lots of vintage shops have style, but this one also has soul. 19 Thayer St., Boston, MA 02118, bobby-from-boston.com.

BU's swim program can teach any child, from infant to teenager, to flourish in the water. A warm, shallow recreational pool helps instructors ease wee ones into the wet; as learners progress, they can move over to the deeper competition pool to improve their strokes. 915 Commonwealth Ave., Boston, MA 02215, bu.edu/fitrec.

Okay, so it’s not exactly old, but this 15-year-old South End favorite offers all the hallmarks of a classic barber experience and then some, from meticulously crafted fades to good old-fashioned hot-lather shaves. Distinguished but not stuffy (and completely lacking the sports-bro culture that permeates many other places), the shop boasts a roster of master barbers with a decade-plus of experience — so no matter which chair you hop in, you’ll know you’re in good hands. 1313 Washington St., Boston, MA 02118, tweedbarbers.com. 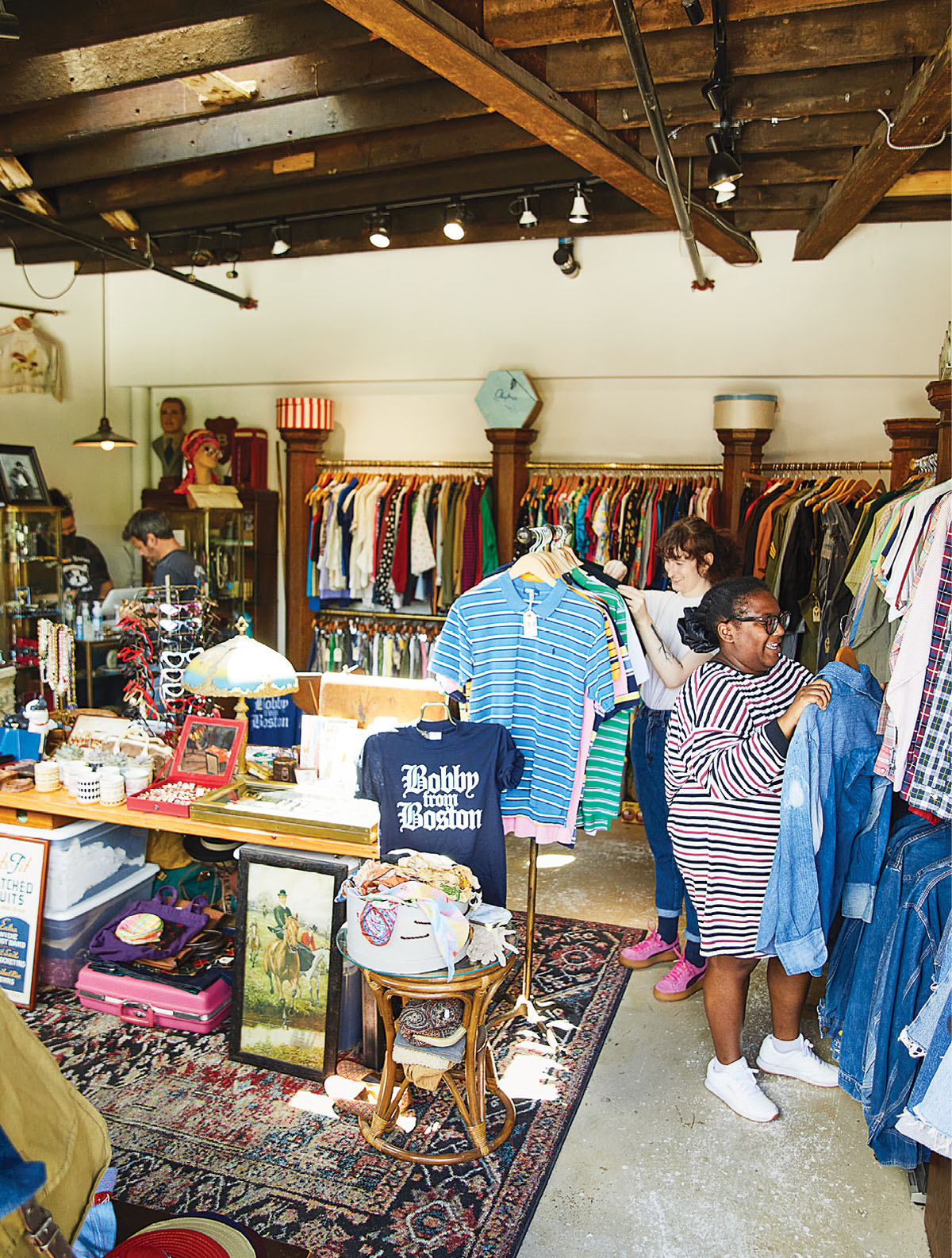 For decades, Bobby from Boston was the spot for vintage duds, thanks to owner Bobby Garnett’s eye for perfectly weathered leather jackets and other stylish finds. When he passed away in 2016, many thought the store would die with him — but thankfully, his daughter Jessica Garnett Carrion has grabbed the torch, opening a boutique with the same name in Somerville’s Bow Market. And she’s already proving she can carry on the legacy, sourcing everything from authentic military jackets to flapper-style pearls that make playing dress-up feel like a very grownup endeavor. One Bow Market Way, Somerville, MA 02143, bobbyfromboston.com.

As part of a dramatic 2017 renovation, the legendary hotelier has elevated its 3,500-square-foot ballroom to even greater heights of opulence. Think: a dazzling backdrop of platinum-leafed wallpaper, antiqued mirrors, a lavish custom-painted mural by Moss & Lam—and, in the center of it all, you and your beloved twirling blissfully during your first dance. 10 Avery St., Boston, MA 02111, ritzcarlton.com.

Staying ahead of the curve is no small feat—but this plucky homegrown cine-fiesta has been doing it for 20 years and shows no sign of losing its knack for trendspotting. This year alone, it not only rediscovered the ’80s cult gem Liquid Sky before New York City’s film literati did, but also gave the buzzworthy French flick Revenge its East Coast premiere. And with more than half of the new feature-length films on its 2018 roster showcasing work by female directors, BUFF’s track record on gender inclusivity handily beat Sundance’s this year. MA bostonunderground.org.