Bosa, the Eagles' defensive end, was a first-round draft choice of the Miami Dolphins. Lewis, the Huskie forward, will be wearing the green for the Celtics.

Intelligent, creative, and—above all—useful, Siegel's stuff would be great even if you didn't compare it with the trip churned out by his predecessor, the windy Jack Thomas. As for Knopf, she's Boston's own, and for insider stuff on the local stations there's not a soul who can top her.

On the heels of Caldwell's triumphant production of Turandot, the Markropulos Case, featuring the splendid soprano Anja Silja, brought home the point that Caldwell was back.

Given the choice between an evening with Redford or Yaz, her pleasure would be "Batter's up!"

The accolades to the avant-garde representative of Boston's hottest young artists is a solid indication of Boston's growing importance on the national arts scene. 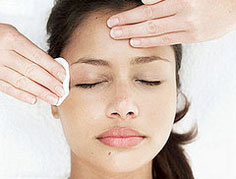 It's smaller, quieter, and more discreet than the flagship at 9 Newbury. All of which works to the benefit of the other Mario Russo salon, tucked away on Louis Boston's third floor. Like Russo himself, who spends Wednesdays here, the close-knit team is as welcoming (even accepting walk-ins if there's down time) as it is talented: Scalp massages, for instance, are of the same top quality as the highlights. It should be noted that some of Boston's most particularly coiffed locks—including celebrity chef Ken Oringer's perfectly messy mop—are maintained here. Louis Boston, 234 Berkeley St., Boston, MA 2116, mariorusso.com.

He’s the mind behind Boston Answering, the local counterpoint to Boston Calling; winner for Best New Artist at the Boston Music Awards last year; and a general force to be reckoned with. Cliff Notez is also a great artist with a great debut album, When the Sidewalk Ends—a flowing suite layered with ghostly pianos, soulful backing vocals, and thoughtful lyrics about struggling to thrive in Boston. Whatever else he is, he is not to be missed. cliffnotez.com. 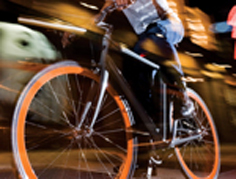 IBC mechanics are so thorough in teaching you to fix your bike, you may never need to go back to their Boston or Newton shops. But go back you will, if not for a new ride, then for parts, accessories, and clothing by brands such as Trek, Giordana, Nike, and Pearl Izumi. The store also organizes group rides along scenic city routes, plugging new pedalers into Boston's bike-loving community. 88 Brighton Ave., Allston, MA 2134, internationalbike.com.

1988 Best Example of Biting the Hand That Feeds You

The Boston law firm had the brass to file suit against the city on behalf of the noxious Cablevision of Boston, even though the firm is earning an excess of $100,000 a year as the city's bond counsel, not to mention its fees for representing the city in a suit against Boston Gas.