His Boston Phoenix coverage of the Heckler-Frank race had both depth and wit. His reward? Writing sports for the Boston Herald.

A glimpse at the true, uncensored soul of Boston is found on a roundtrip ride on the MBTA's #1 bus. It bisects the city by running the length of Mass. Ave. from Harvard to Roxbury; along the way it picks up an array of characters from all walks of life, professions, and strata. Harvard Square intellectuals are joined by the eccentrics of Central Square, followed by the tech/science types from M.I.T. After crossing the river, the #1 glides through posh Back Bay and past Newbury Street, skirts Fenway, and then moves into the heart of Boston's music epicenter—Berklee, the Symphony, New England Conservatory, and Wally's. It then cruises through the South End and finally makes its way through the environs of Roxbury to Dudley Station.

It's no surprise that this classy new boutique has struck a chord among Boston's fashion-conscious women. Where else can you find such charming frocks for those occasions that demand something special? The windows, like the merchandise, are the smartest on the street. 8A Newbury Street, Boston, MA . 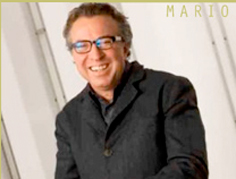 You have to be either supremely talented or obscenely arrogant to charge $225 for a mere coiffure. Mario Russo is the former. The proof? He's been snipping and shaping some of Boston's pickiest VIPs for more than 20 years. 9 Newbury St., Boston, MA 2116, mariorusso.com.

The church in San Bernadino, California, that was unaware Boston's "street priest" and alleged child molester Paul Shanley was running a hedonistic gay inn 50 miles away at the same time he was serving as a pastor at the church.

The Julien Lounge at Hotel Meridien

Talk about a makeover. This former vault of Boston's old Federal Reserve Bank is adorned with massive oil paintings and one of the most elegantly decorated ceilings in town. A fine dining room is just a few steps away. 250 Franklin St., Boston, MA .