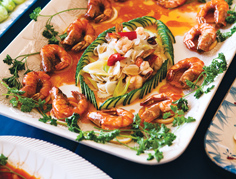 To endorphin addicts, East Coast is the place to go for a dose of intensely spiced, pan-tropical dinners, but brunch fanatics know it offers something more: It's also home to a truly spectacular Sunday brunch. Be sure to eat light the night before: You'll want to save room for the soul-satisfying fresh fish tacos, avocado and black bean omelets, and (in case you need it) hangover hash. The bloody mary bar lets you make up your own glass, preferably loaded with fresh lime. Tabasco, fresh tomato juice, Absolut, and a zap of Worcestershire sauce. The rest is simple. Kick back to the room's low buzz in your spacious booth with a friend or two, and dig into plates of grilled fresh pineapple wedges and smooth-as-custard grits. It just doesn't get any better. 1271 Cambridge St., Cambridge, MA eastcoastgrill.net/.

Let the cupcake lovers revel in their frosting-induced myopia; those of us who truly love pastry still embrace tarts, cakes, and cookies. Particularly when they're made the way Joanne Chang's crew bakes them: carefully (à la the sharp-flavored lemon lust tart), creatively (like the hazelnut-almond dacquoise with coffee buttercream and dark chocolate ganache), and with the best ingredients around (as in, everything they sell). 1595 Washington St., Boston, MA 2118, flourbakery.com.

This tiny Brookline shop has made its name—quite literally—on its nubby olive rolls, grainy loaves, and airy brioche. But when we line up on weekends, it's for something a bit sweeter, in the form of cinnamon morning buns, stunning fruit tarts, and showstopping pain au chocolat—a pastry so buttery and deeply chocolaty, you'll make the pilgrimage for a warm one each morning. 178 Thorndike St., Brookline, MA clearflourbread.com.

Tatte is on a roll this year (no bun intended). Since 2016, it’s opened three new cafés—with a Seaport outpost on the way—which means there are now even more of those sweet, swirling chocolate roses to go around. A Boston with Tatte in every neighborhood is a future we can get behind, especially if it means stopping in for a croque-madame in the morning and picking up an ultra-flaky almond croissant for the walk home. Multiple locations. 1352 Boylston St., Boston, MA 02215, tattebakery.com.

The best-loved burgers in Boston fall into two camps: the frills-free fast-food type (Flat Patties, Tasty Burger) and the oversize variety topped with high-end accoutrements (Radius, Craigie on Main). Bristol's version, though, stands alon—a layering of juicy beef with a hint of char, aged Vermont cheddar, cool lettuce, sweet tomato, and house-made pickles on a buttery bun. It's the basics done absolutely right—and worth every cent of the $21 it costs. 200 Boylston St., Boston, MA 2116, .

Sure, you'll find General Gau's chicken, lo mein, fried rice, and other Chinatown favorites on New Shanghai's endless menu, but it's unexpected details like a decent wine list, polished flatware, and cloth napery that sets this restaurant apart. Not to mention chef C. K. Sau's dexterous and bold food, from spicy noodles laced with shredded pork and pickled cabbage, to strips of eggplant sautéed in garlic sauce. Sau's true talent lies in his seafood preparations, particularly the crispy whole fish in a tangy, spicy sauce, and scallops adorned with a black peppercorn glaze. Feeling bold? Try the braised fish head, a surprisingly subtle and soothing casserole that, despite its name, is delicious—and, once eaten, gives you bragging rights. 21 Hudson St., Boston, MA newshanghairestaurant.com/.

You don't have to belong to the Sports Club/LA to experience the stress-relieving, muscle-soothing magic of a massage by Maggie Kesler at the health club's on-site Splash Spa. Of course, after an hour or so having each and every tense muscle manipulated into relaxation (Kesler's technique combines a therapeutic blend of traditional Swedish strokes with pressure-point work and shiatsu), and a few minutes in the oversized steam and sauna rooms, you might find yourself signing up for a membership—or at least another massage appointment. Kesler has a way of leaving clients' previously aching muscles rejuvenated, restored, and ready for action, whether that's a heart-taxing spinning class or simply the long drive home. 4 Avery St., Boston, MA . 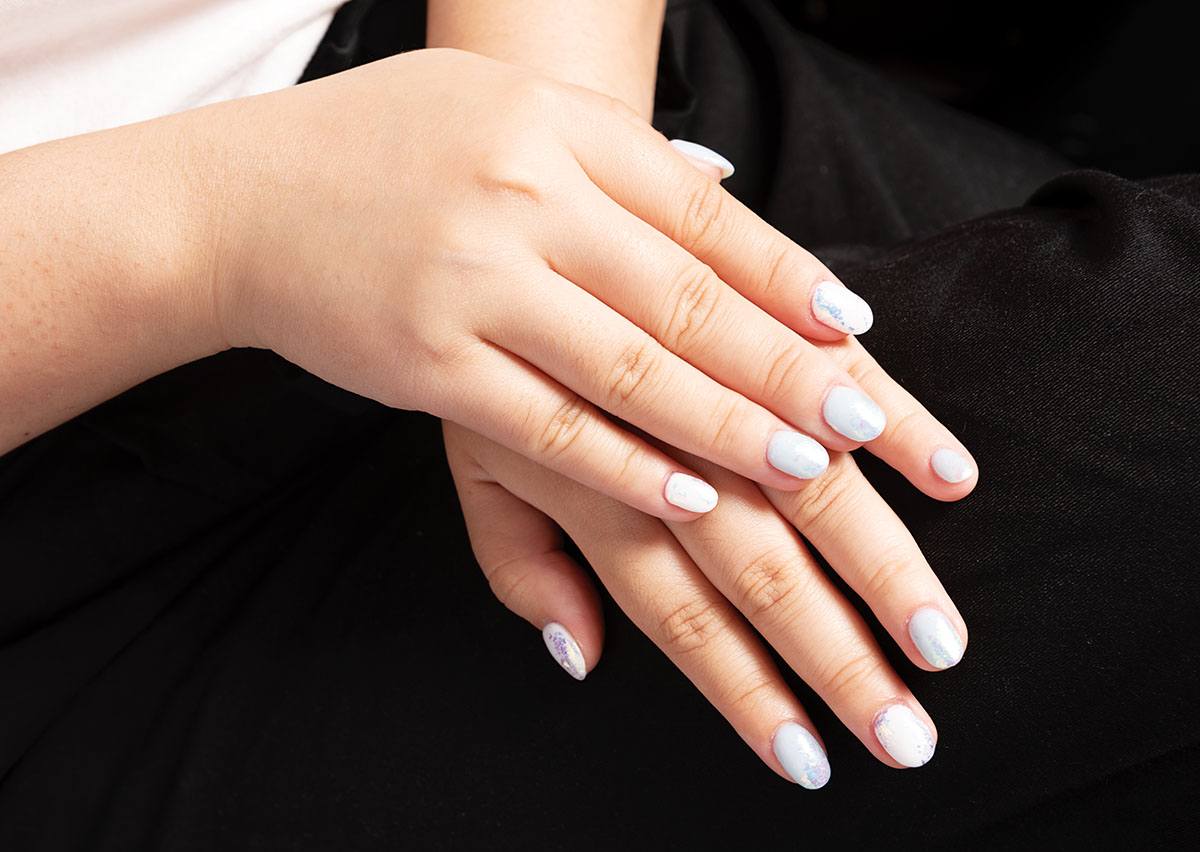 Let’s be honest: Those DIY mani/pedis just aren’t cutting it anymore. When you’re ready for some real pampering, book the next available session at this formidable Back Bay salon, where even the most basic nail services include oh-so-necessary sugar scrubs and soothing massages for tired hands and feet. Pros here excel in polish application of all kinds, nailing classic looks and tricky art trends (ombré dip powder, anyone?) with careful precision. The team’s meticulousness extends to safety, too: In addition to providing masks, sanitizer, and temperature checks for customers upon arrival, the salon features Plexiglas dividers between stations for ultimate client and staff protection. 665 Boylston St., Boston, MA 02116, bostonsnailsandspa.com.

The stretch of Mass. Ave. between Harvard and Porter squares may teem with restaurants and bars, but it's the laid-back-yet-sophisticated West Side Lounge that draws the locals. The main reason: chef Alex Jenkins's dinner creations. Available at the bar or in a candlelit booth, Jenkins's menu includes such straight-ahead appetizers as house-cured olives or grilled pizzas , along with more complex, but still humble, main courses, including roasted chicken, sliced tenderloin of steak, and pan-seared tuna with eye-watering wasabi mashed potatoes and ponzu sauce. The bar provides a solid backbeat, with classic martinis and margaritas, and eyebrow-raising beverages like the "little Debbie," a thick, liquor-soaked chocolate drink that is definitely not for kids. 1680 Massachusetts Ave., Cambridge, MA westsidelounge.com/.

Nestled in East Boston's Day Square, Uncle Pete's is the kind of barbecue place locals keep to themselves. And, really, we'd never have suspected that this lopsided setting, a former Dairy Queen, could produce the most mouthwatering flavor-packed pork, beef, chicken, and ribs we've gnawed this far north. Pete himself makes everything daily, using special combinations of dry rubs and marinades and smoking the meat for five hours or more with a result so succulent that extra sauce and garnishes are superfluous. Equally noteworthy is the care taken here with side dishes, including frosted sweet-potato biscuits, homemade baked beans, and hand-cut fries. 309 Bennington St., East Boston, MA .

You might say Hudson has New England roots and California tips. That's the product of the decor vision of owner-designer Jill Goldberg, whose store is an ecumenical palette of vintage, modern, romantic, and tribal. There are soft, sweet sofas by Shabby Chic; stately Oly chairs and ottomans; and art deco-accented lamps from Worlds Away. It's an aesthetic that can make any Boston home kinder, gentler, and full-on cozier. 312 Shawmut Ave., Boston, MA hudsonboston.com.

Be kind to those in your wedding party (after all, they put up with your occasional horrifying bouts of bridezilla). Pick out favorable, flirty frocks they might actually wear again, at Priscilla of Boston. The store carries its own line, Watters & Watters (plus the less expensive Wtoo collection), and a sassy assortment of Melissa Sweet. It's also one of the only local retailers that offers the coveted trendy Thread line. 801 Boylston St., Boston, MA priscillaofboston.com/.