Simmons College Will Name a School after Gwen Ifill

The Gwen Ifill College of Media, Arts and Humanities will be a tribute to the PBS journalist. 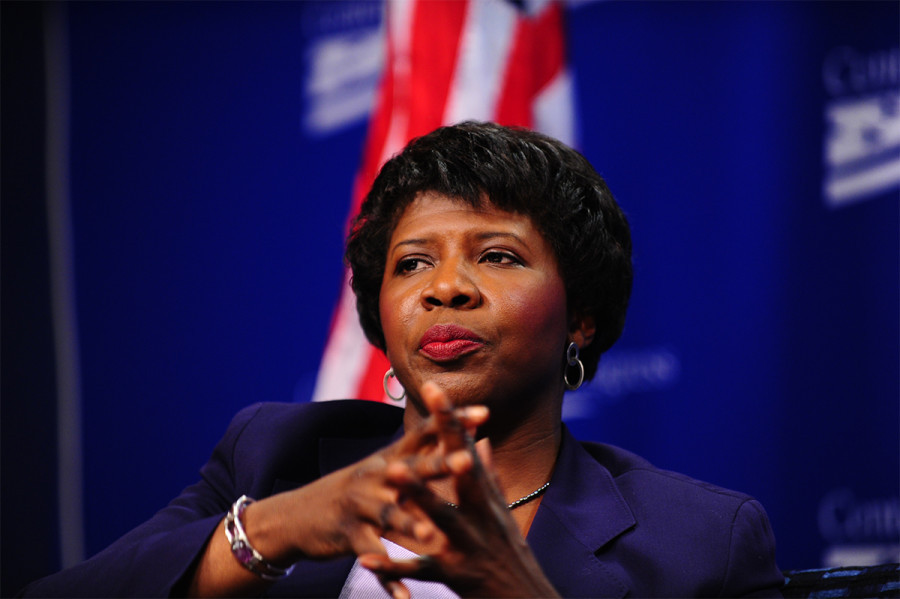 A year after the death of celebrated PBS journalist Gwen Ifill, Simmons College has announced it’s naming a school after her: The Gwen Ifill College of Media, Arts and Humanities.

“For over 100 years, our mission at Simmons has been to prepare our students to lead meaningful lives and build successful careers. Gwen’s example stands tall in that mission,” Simmons President Helen Drinan said in a statement. “The kind of unimpeded curiosity Gwen brought to her work, coupled with her warmth, integrity and commitment to truth-telling, is something all of our students aspire to – no matter what field of study they pursue. We are extraordinarily proud of her and so pleased to formalize her legacy at Simmons this way.”

Ifill died last November after a battle with cancer. She was 61.

We’re proud to announce that our new College of Media, Arts, and Humanities will be named in remembrance and honor of the late journalist Gwen Ifill, one of the College’s most distinguished alumnae. https://t.co/ruiOX1ufEb

After Ifill graduated from Simmons in 1977 with a degree in communications, she got her start working at the Boston Herald. She went on to work for the Washington Post, The New York Times and NBC, joined PBS in 1999, and in 2013 took the helm of NewsHour along with co-host Judy Woodruff. She built a reputation as a tough, respected reporter and moderated a handful of presidential debates, including a 2016 Democratic primary faceoff between Hillary Clinton and Bernie Sanders.

“1 year ago we lost our friend & journalism’s finest, Gwen Ifill,” Woodruff wrote on Twitter Tuesday. “Her values live on every day in what we do.”

1 year ago we lost our friend & journalism’s finest, Gwen Ifill: her values live on every day in what we do @NewsHour pic.twitter.com/dAv22jZwSu

A year ago today, we lost a legend in American journalism, the great Gwen Ifill. I can think of no more fitting honor for her work than today’s announcement from her alma mater:
Simmons College to name school for late journalist Gwen Ifill https://t.co/KT747f9YyU