The HR benefit allows companies to contribute to employees' 529 plans. 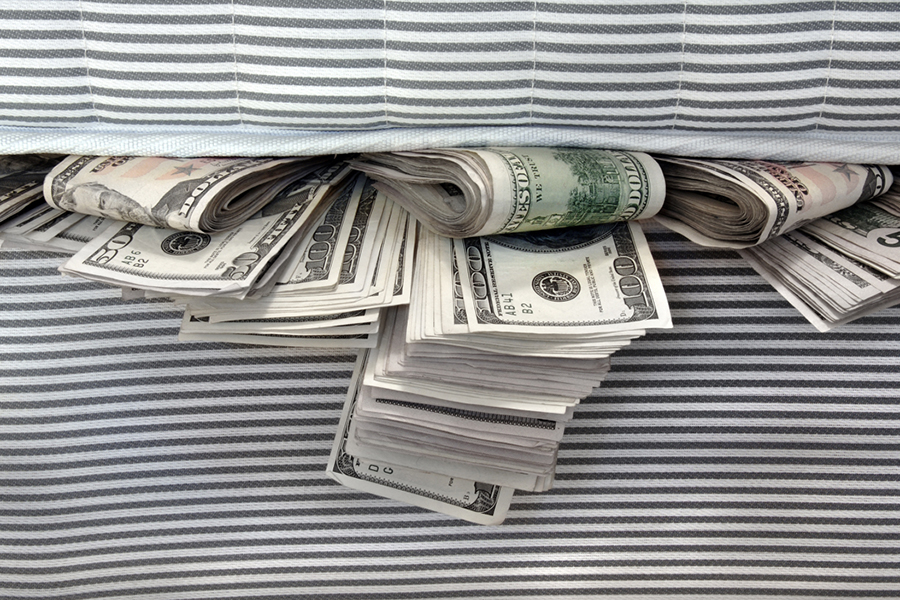 For $30,000 you could buy a brand-new car, open your own small business, stay with nine of your friends at an all-inclusive hotel in Patagonia, or pay off the average amount of debt Massachusetts college graduates are saddled with.

Roughly 65 percent of students in the Bay State receive their college diplomas with a hefty serving of loan payments on the side, but Boston-based Gradifi (pronounced “gratify”) is trying to change that narrative.

Borne out of Gradifi founder and CEO Tim DeMello’s experiences on the board at Babson College, the company has launched a new financial planning program, called the College SaveUp Plan, to encourage parents to start putting money away for higher education sooner. Interested companies can add the program to the list of financial planning services and HR benefits they offer employees.

The plan functions like a 401k, but instead of allocating dollars toward retirement, the money goes to future tuition. And unlike a 401k, there’s no match component because the money is coming from the company and not from the employee’s paycheck. Under the terms of the customizable College SaveUp Plan, interested employers can contribute an agreed upon amount to an employee’s preexisting 529 plan; the company can do so at whatever frequency and dollar amount they want. Gradifi provides the HR infrastructure to actually make the transfers happen.

Some version of a 529 college savings account, a “tax-advantaged savings plan designed to encourage saving for future college costs,” is sponsored by all 50 states. There are two broad types of 529s: One is the prepaid tuition plan, which locks costs at a certain level for participating institutions of higher education; the other is a college savings plan, which offers more flexible enrollment, allocation, and contribution options, but does not secure tuition rates.

The College SaveUp Plan is a logical companion to Gradifi’s existing Student Loan Paydown benefit, a separate HR option which helps pay off employees’ existing student debt. DeMello says a number of Boston-based companies have expressed interest in the Paydown and College SaveUp Plans, and businesses ranging from car washes to accounting firms have signed on. According to Fidelity Investments, college is the top savings priority for families across the country, aside from retirement. DeMello says companies are starting to realize that offering employees additional financial planning options is a real draw.

“Because the cost of a college education is so high, employers know this is one of the top one or two financial concerns that an employee has,” DeMello says. “They’re hearing it more and more, and Gradifi now allows the employer to help employees pay down or pay up to address these college expenses.”

With the College SaveUp Plan, employers will contribute to their workers’ pre-existing 529 plans, which are generally underutilized by Americans despite the allure of compounding interest and tax benefits. In December 2012, the U.S. Government Accountability Office released a report that less than 3 percent of families saved in a 529, and those who did were on the higher end of the socioeconomic spectrum.

Part of this likely due to how overwhelming the information about 529s is; because each state has a different set of investment guidelines for the plans, those interested in the accounts have to either go through a state administrator or a financial advisor to open one. It’s not as easy as walking up to your local branch with a fistful of dollars.

More recent data from Fidelity indicates an increase in the number of families saving for college: 72 percent of surveyed parents said they are saving for higher education, and 41 percent are investing in 529 plans. But there’s still a long way to go. The College Board estimates tuition and fees will total an average of $34,740 at private, nonprofit schools next year, and DeMello says anticipating that cost is key.

“Employer-based solutions are really what’s going to get more people to have 529 plans,” DeMello says. “What 401k has taught us all is a work-based solution with a contribution on a regular basis is really what gets people going on this type of thing.”

This post was updated at 11:53 a.m. on November 21 to clarify the program is called the College SaveUp Plan, not the SaveUp Plan.