Officials from Harvard, Boston University, Amherst, and the University of Massachusetts, among others, have spoken out. 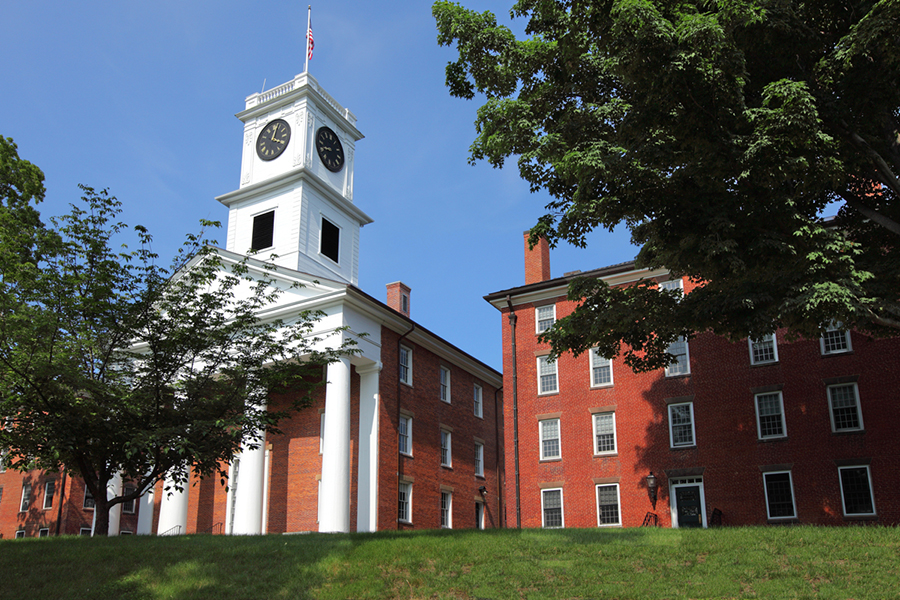 As the proposed federal tax overhaul makes its way through the Senate, many Massachusetts higher education leaders are united in their view that the Republican plan is a bad deal for students and universities.

On Tuesday, University of Massachusetts President Martin Meehan, along with the heads of the system’s five campuses, sent a letter to Massachusetts congressmen outlining their worries regarding the pending legislation, according to the State House News Service.

“The University of Massachusetts believes that both current versions of the tax reform legislation would have serious adverse impacts on the university, our students, and our employees,” the UMass officials wrote. “[The tax bill] threatens the financial stability of universities and specifically and unfairly targets college students, particularly graduate students.”

The version of the tax bill that passed the House of Representatives by a margin of 227-205 includes a provision that would tax graduate students’ tuition waivers, so students would owe the government money based on the full sticker price of their education, not the smaller amount they actually pay. Tuition breaks, which are granted to graduate students who work as teaching or research assistants, can total around $40,000, according to Politico, and if the provision becomes law, students’ taxable income could more than triple.

The UMass officials aren’t the only ones touting anti-overhaul sentiments. Earlier this month, Boston University’s associate director for federal relations, Emily Alves Burlij, also condemned the proposal to tax tuition benefits, saying in a statement that the legislation would “make it costlier for all students to attend college.” Increasing diversity is a huge focus for campuses around the country, and taxing graduate students at a higher rate could effectively shut out some low-income academics from pursuing advanced degrees.

But the grad students stretching themselves thin to balance time in the lab and the classroom are just one of many groups higher education leaders are concerned about. A separate aspect of both the House and Senate versions of the bill has also drawn the ire of  university officials in Massachusetts. Both plans propose taxing the endowments of private universities enrolling more than 500 students and boasting at least $250,000 in per-student endowment assets. Not every school would be affected by the tax, but an estimated 60 to 70 institutions—many of them particularly elite—would be, among them Harvard, MIT, Williams, Wellesley, and Amherst.

On the surface, it doesn’t seem totally absurd that a school like Amherst, where the endowment value per student is nearly $1.2 million, should pay taxes on that money. However, earlier this month, Amherst College President Biddy Martin released a statement to the school community decrying the endowment tax. She explained that it’s the endowment that allows the school to have a strong financial aid program, operate a need-blind admissions policy, and hire faculty who are experts in their fields. According to Martin, taxing Amherst’s endowment would strip the institution of “mission-critical funds.”

Separately, Harvard President Drew Faust lobbied lawmakers in Washington, D.C., to vote against the tax bill, according to the Harvard Crimson. In an emailed statement to the Crimson, Faust said “a number of provisions in the bill have the potential to seriously damage American higher education.” She expressed worry that, if passed, the measures could “undermine innovation and discovery, and deter people from pursuing their educational goals.”

The New York Times reports that the Senate planned a procedural vote to open debate on the overhaul for Wednesday afternoon.