After Boston’s $1 Million Fine, Walsh Points the Finger at Chang, the Past

The mayor says BPS superintendent Tommy Chang should have told him sooner about schools' tax problems, and says other mayors share the blame. 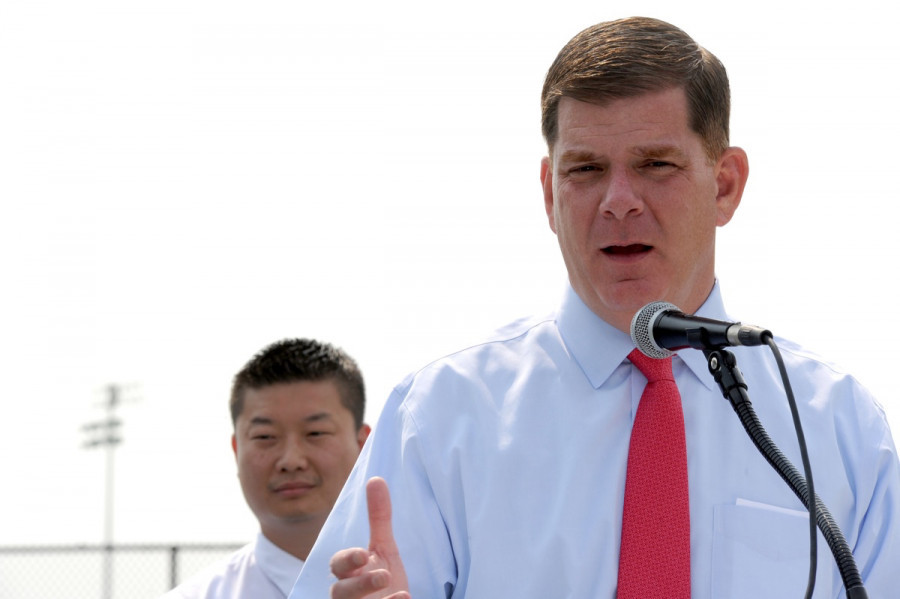 Boston Mayor Marty Walsh, under pressure after the IRS imposed a nearly $1 million fine on the city after a sweeping audit, said blame for the city and schools’ tax problems ought to be shared by his predecessors at City Hall, and also pointed the finger at current BPS superintendent Tommy Chang.

The Internal Revenue Services probe uncovered years’ worth of issues, including missing tax withholding for Medicare payments in 2014 and 2015. The fine for those errors, which make up the vast majority of the hit the city just took was more than $700,000. The first component of the review to undergo public scrutiny involved the schools, including under-the-table payments to school employees from student activity funds. But the schools made up a relatively small share of that $1 million fine: about $30,000.

Walsh said he didn’t think the superintendent kept news of the fine from him intentionally earlier this week in an appearance on WGBH, but indicated some dissatisfaction with him yesterday. At a news conference on winter preparedness, which was also attended by Chang, the subject of the school fine came up, and Walsh largely ducked responsibility for the largest, priciest piece of the penalty pie.

He also stressed that the issues uncovered by the IRS go back years. “We should have addressed this two administrations ago,” he said.