The state Board of Higher Education announced that students fleeing Hurricane Maria will pay the discounted rate. 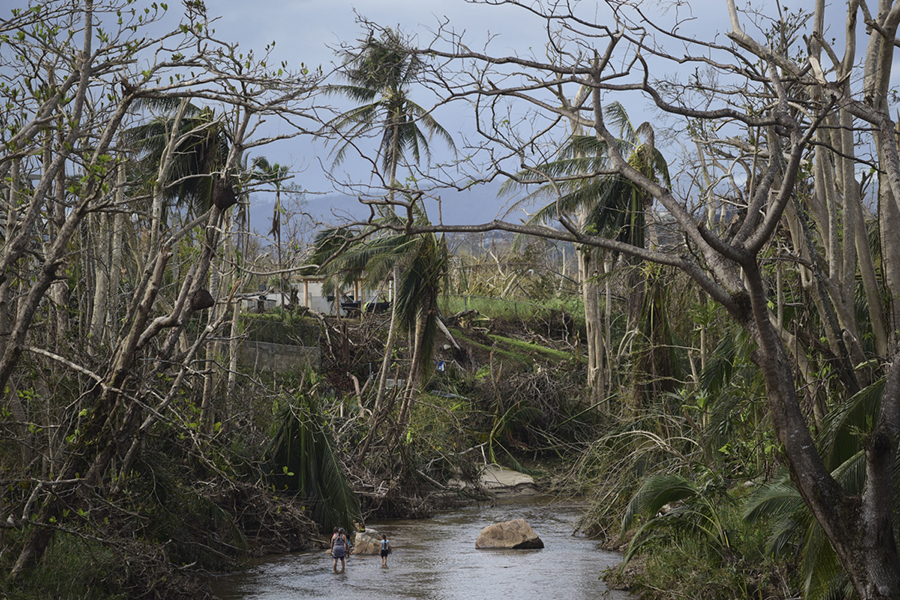 Massachusetts is stepping in to help make the lives of Puerto Rican refugees pursuing higher education a little bit easier.

After Hurricane Maria crippled the island—causing the longest blackout in American history, “apocalyptic” devastation to communities and infrastructure, and a still unknown number of deaths—citizens fled Puerto Rico to find safety all over the country, including in Massachusetts. On Tuesday, the state’s Board of Higher Education announced that those evacuees would be eligible to receive in-state tuition rates for public colleges and universities in the Bay State, saving students thousands of dollars and providing a more viable path to a diploma.

“Hurricane Maria left a devastating impact on the Commonwealth of Puerto Rico, causing major disruptions for students and families who have relocated to Massachusetts,” Gov. Charlie Baker said in a press release. “I am pleased the board approved this important opportunity to provide in-state tuition to make education more affordable for these students.”

In-state tuition rates can make a pretty big difference in a student’s ability to attend college. At UMass Amherst, for example, Bay State residents pay $14,596 a year, while out-of-state students fork over more than twice that amount. Similarly, students from Massachusetts attending Framingham State University pay $9,920 annually, and out-of-state learners cut checks for $16,000 a year. And at Holyoke Community College, where roughly 50 people displaced by Hurricane Maria have already enrolled for the spring term, in-state students pay $4,272 annually, as compared to an out-of-state rate of $9,216, according to the Board of Higher Education.

There are still barriers for the Puerto Rican students interested in enrolling in Massachusetts colleges. For starters, in-state tuition rates aren’t exactly dirt cheap. Also, though Puerto Ricans are American citizens, they’re not considered to have full residency in Massachusetts, and are therefore not eligible for state financial aid (though, in most cases, they can still qualify for federal assistance). Additionally, to receive the resident rate, Puerto Rican students will still need to meet the same admission and transfer requirements as other Bay State students, and they’ll have to provide proof of their displacement.

Massachusetts has extended help to Puerto Rico in a number of ways in the wake of Hurricane Maria, raising hundreds of thousands of dollars and sending in police reinforcements to the battered island. This is also not the first time the state has offered in-state tuition rates to displaced students, either. Learners who relocated following Hurricane Katrina got the resident rate in 2005-06, and spouses and dependents of 9/11 victims received a tuition waiver in 2001, according to a Board of Higher Education press release.

“I’m very proud of the Board for taking action today to assist student evacuees,” Chris Gabrieli, the chairman of the Board of Higher Education, said in a press release. “We are helping those who have been uprooted from their communities and need support as they begin to recover from significant losses.”