"Are we next" was spray-painted in large, orange letters outside the junior high. 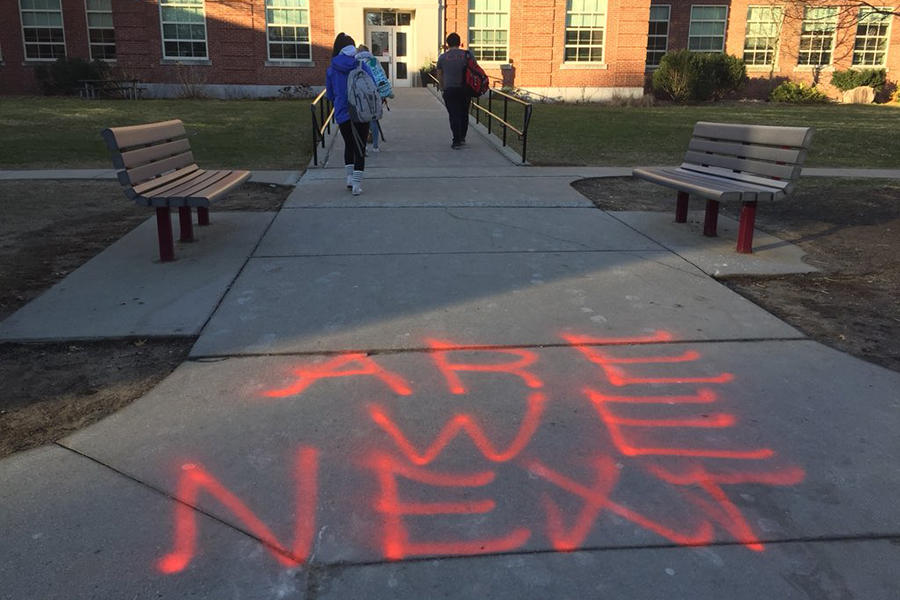 A blunt message greeted Wellesley Middle School Students on Tuesday morning: ARE WE NEXT.

The phrase was spray-painted outside the school’s front walkway in orange paint, according to an email obtained by the Boston Globe, and school officials are working with local police in the wake of the incident. The graffiti has already been removed, according to CBS Boston.

Mark Ito, the Wellesley Middle School principal, told parents in an email that the school reassured students and staff of their safety and requested anyone with information about the graffiti’s origins to reach out. Ito also said in the email that school officials are “engaging our WPD, as we would for any suspicious act,” according to the Globe.

Kelley Tuthill, a Wellesley Middle School Parent, posted a photo of the graffiti on Twitter, and wrote that “Kids everywhere deserve to feel safe at school.”

This is what my girls saw when they walked into middle school this morning. Kids everywhere deserve to feel safe at school. pic.twitter.com/qUhzbSeByG

The vandalism follows last month’s shooting at Marjory Stoneman Douglas High School in Parkland, Florida, when 17 students and staff were killed. Students in Massachusetts and across the country are planning an anti-gun violence walkout on March 14, when they will leave school for 17 minutes.