The Huskies prepped for International Women's Day by moving a bus together. 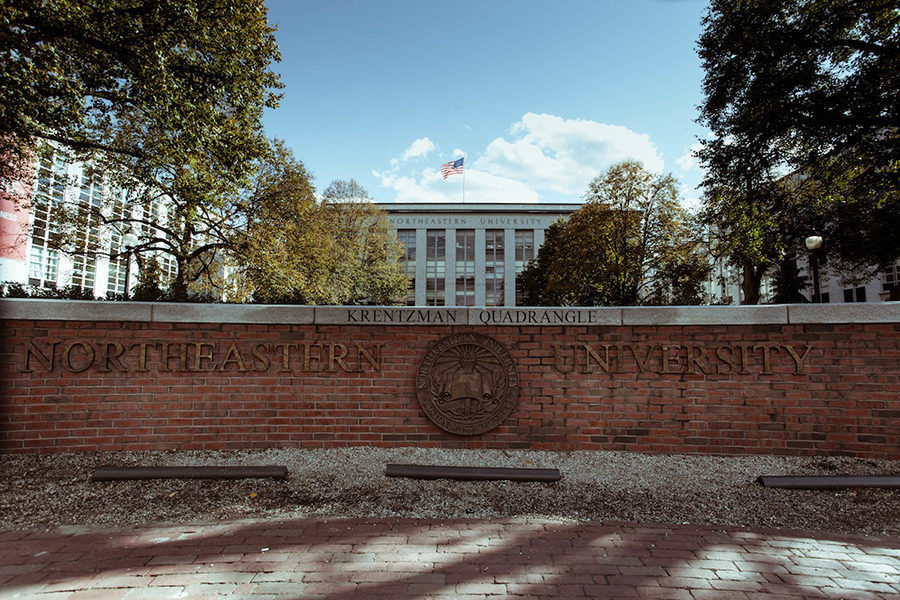 Teamwork, it turns out, makes both the dream and the bus work.

The Northeastern women’s basketball team, an impressive group of very powerful athletes who posted a school-record 11 conference wins this season, had better things to do than wait for someone to dislodge their bus after it got stuck in the snowstorm on Wednesday. The Huskies, who traveled to Philadelphia for this week’s Colonial Athletic Association basketball tournament, stalled out at a stoplight on top of a hill, but rather than twiddling their thumbs and waiting for a tow truck, the women took matters into their own strong hands.

When you’re trying to make it to the #CAAChamps, but your bus gets stuck in the snow. 🚌 ❄️ #GoNU #HowlinHuskies pic.twitter.com/fpHEJBxoEA

The women, joined by coaches, staff, and the bus driver, jumped off the bus and started to push. In a tremendous feat, the Huskies worked like a far better-oiled machine than the vehicle they were dealing with, and within 10-15 minutes, the vehicle was back on track, according to Northeastern News.

“We could hear the bus driving pressing the gas and not going anywhere,” Shannon Todd, a sophomore shooting guard told Northeastern News. “[We] looked at each other and said, ‘We’re going to have to push this bus.’ We were kind of joking at first. Then everyone was yelling it, and our coaches were like, ‘Alright, let’s go.’”

The fourth-seeded Huskies take on the University of Delaware on Thursday afternoon. Hopefully their arm muscles aren’t worn out.