A new report crunched numbers on the state's richest. 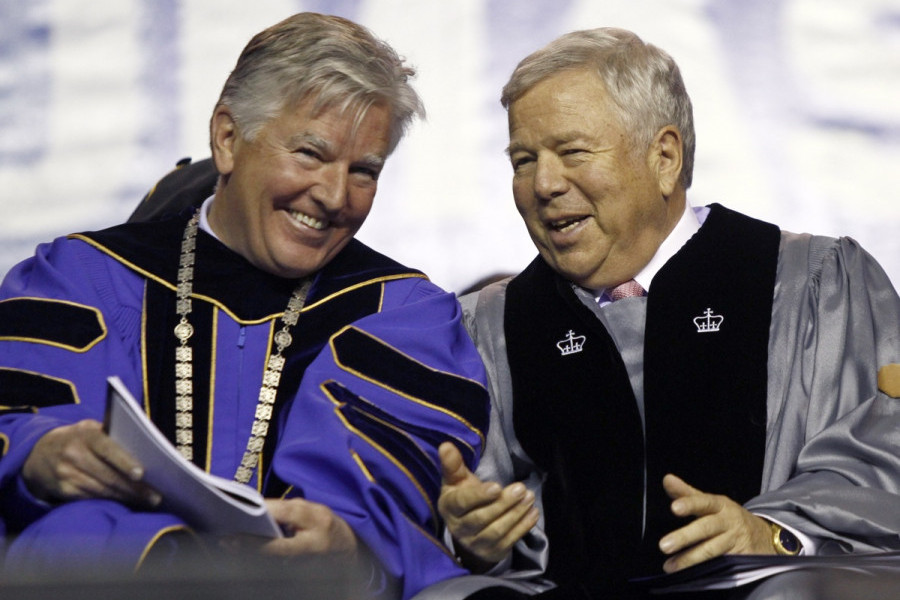 According to a new report published by the local wealth database Affluence IQ, the best educational ticket to the uber-wealth is the storied Cambridge institution, whose alums make up the largest share of the 2,000 richest people in the state. Fidelity CEO Abigail Johnson, venture capitalist, Millennium Tower penthouse owner, and opioid center funder John Grayken, and Patriots owner Robert Kraft all have a Crimson pedigree.

Affluence IQ added up how many times each institution gave a degree to a top-tier multimillionaire (one of the 1,825 of them it analyzed) in the course of their lives. The study did not count honorary degrees or colleges that one of the current- or soon-to-be-millionaires attended if they didn’t graduate. Here was the top ten, and some of the notable wealthy alums:

“One of the most fascinating aspects of this database is how a premium education is a common underlying factor among the super wealthy,” Affluence IQ publisher Michael Stern said in a statement. “Even in industries like construction, wine distribution, and beer making—segments which one might think require less education—we found highly educated CEOs.” As examples, he pointed to Harvard grads Richard Doyle, who co-founded Harpoon Brewery, and Carl Martignetti, who co-owns wine distributor Martignetti Companies.

In fact, the study said, 85 percent of the state’s super-rich went to college, and 55 percent had graduate degrees.

Want to be like the Robert Krafts and David Mugars of the Commonwealth? An elite education looks a lot like the not-so-secret sauce.