The decision comes after Cosby was convicted of drugging and sexually assaulting a woman. Boston University, Tufts University, and Amherst College all revoked similar awards in 2015. 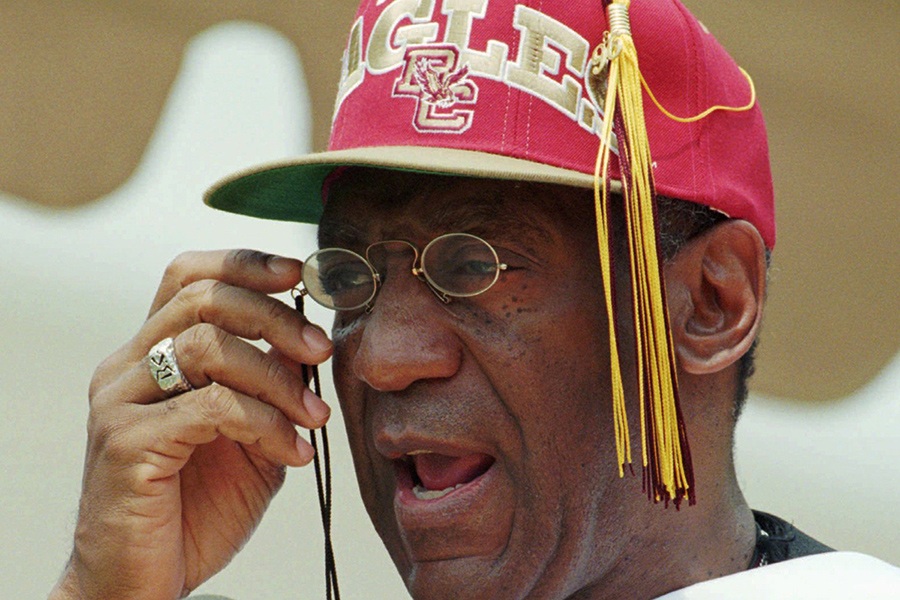 In light of his conviction, Boston College has made the decision to rescind the honorary degree it awarded to Bill Cosby in 1996.

Temple University, Cosby’s alma mater, announced Friday afternoon that it, too, would rescind his honorary degree. Cosby completed his undergraduate studies at Temple in 1971 and served on the school’s board from 1982 to 2014.

Boston College will not revoke the honorary degree it awarded Bill Cosby, who was found guilty by a Pennsylvania jury on Thursday of drugging and sexually assaulting a woman, a spokesman told the Boston Globe.

Cosby was given the degree in 1996 to honor his work as an actor and a comedian, in addition to his contributions to education. Jack Dunn, a Boston College spokesman, told the Globe that the school presents honorary degrees to people “based on their accomplishments at the time of the award,” and has a policy against rescinding them.

Four prestigious schools—Carnegie Mellon, Johns Hopkins, Notre Dame, and Wesleyan—announced Thursday they would revoke Cosby’s honorary degrees, and his alma mater, Temple University, said it was considering doing the same, according to the New York Times. Many of the nearly 60 honorary degrees Cosby has been given since 1985 have been revoked in the wake of sexual assault allegations made against him. In 2015, Amherst College, Tufts University, and Boston University all rescinded the honors they had previously given him. And in 2014, Berklee College of Music removed Cosby’s name from an online scholarship it awards.

Honorary degrees are traditionally given out as a marker of distinguished achievement. The awards don’t actually allow the recipients additional access or abilities, but rather acknowledge prior success.

More than 60 women have accused Cosby of drugging and sexually abusing them in incidents going back to the 1960s. Cosby was convicted on three counts of sexual assault, and the 80-year-old entertainer could face up to 30 years in prison. The verdict comes two-and-a-half years after he was arrested on charges of aggravated indecent assault. Cosby’s attorneys plan to appeal his conviction, according to NPR.