Fourteen male students allegedly tampered with school property and spray painted anti-gay slurs and a swastika on the building's exterior. 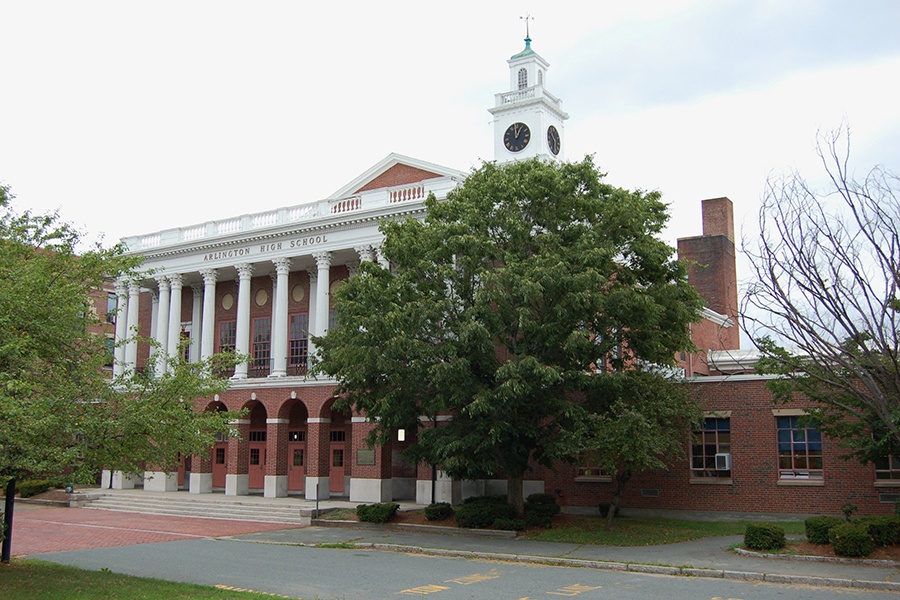 Fourteen male students have been identified and accused of vandalizing and damaging Arlington High School, where officials found anti-gay slurs and a swastika last week.

Police responded to a call concerning damage and graffiti at the school at 5:42 a.m. on May 2, according to a joint statement released Tuesday evening by Arlington Police and Arlington High School. Officers deduced that one person or several people had likely entered the building overnight. When they arrived on the scene, police found spray paint inside and outside the school, including a swastika and anti-gay slurs on the exterior of the building.

The responsible parties also appeared to have used and broken fire extinguishers inside the school and caused damage to vending machines, display cases, and an emergency defibrillator, according to officials.

The names and ages of the students who have been accused of vandalizing the school have not been released. Those who are responsible will be disciplined by Arlington Public School District, based on its preexisting code of conduct. The police investigation into the incident remains open.

“These actions represent a terrible breach of the peace and harmony we seek to instill as a welcoming, tolerant, and safe community,” Arlington Public Schools Superintendent Kathleen Bodie said in a statement. “Whether these students intended to or not, their words and actions are hateful and hurtful, and we must respond appropriately.”

Separately, a swastika was identified near an entrance to Needham High School on Tuesday morning, according to the Boston Globe. It is the third time this school year that derogatory slurs or racist symbols were found on the school’s grounds.