In 1852, the Bay State began requiring children between the ages of 8 and 14 attend school. By 1918, every other state had passed similar legislation. 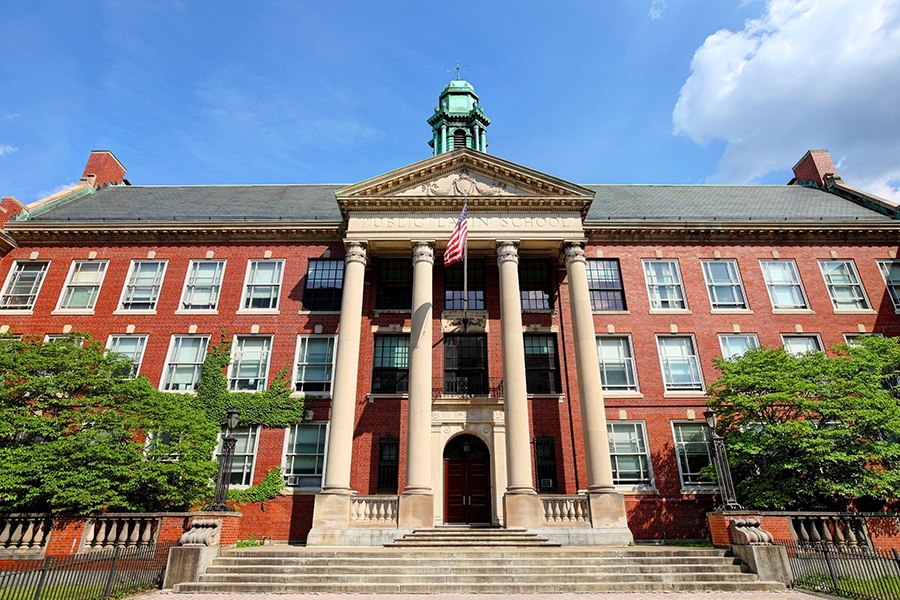 Massachusetts knows a thing or two about school.

Sure, this time of year “Pomp and Circumstance” may play around Boston more often than whatever bop is topping the pop charts, but the Bay State didn’t end up with the country’s best public schools because summer is always on our minds. In fact, on May 18, 1852, Massachusetts became the first state in the Union to not just strongly suggest kids go to school, but to actually require that they do so.

Back in Millard Fillmore’s day, the state passed An Act Concerning the Attendance of Children at School, which required every Massachusetts city and town to have its own public primary school. The learning outposts needed to be equipped to teach math and grammar, and they differed from the ubiquitous church-run schools of the day because the clergy wasn’t in charge. The law mandated kids between the ages of 8 and 14 years old be in a place of learning for at least three months a year and for at least six weeks in a row. Parents who didn’t comply with the new rule were hit with a fine of up to $20.

And though Massachusetts may have been the first state to codify a compulsory education law, it surely wasn’t the last. By 1918, when Mississippi signed its version, a similar requirement was on the books in every state in the country. The legislation was passed in part to regulate child labor—if kids had to be in school, then they were protected from being over worked for at least a few months at a time.

Of course, the length of the school year back in the mid-19th century was vastly shorter than what we’re accustomed to now, when kids are required to spend at least 180 days a year learning. Today, Massachusetts law stipulates children between the ages of 6 and 16 have to go school, and municipalities must offer free education to students ages 3 to 22.

So though school may soon be out for summer, thanks to an 1852 Massachusetts law, it’s not out forever—no matter what Alice Cooper may tell you.