A new report from the Pioneer Institute found students from out-of-state were accepted to the flagship campus with lower GPAs and SAT scores, on average, than those who call the Bay State home. 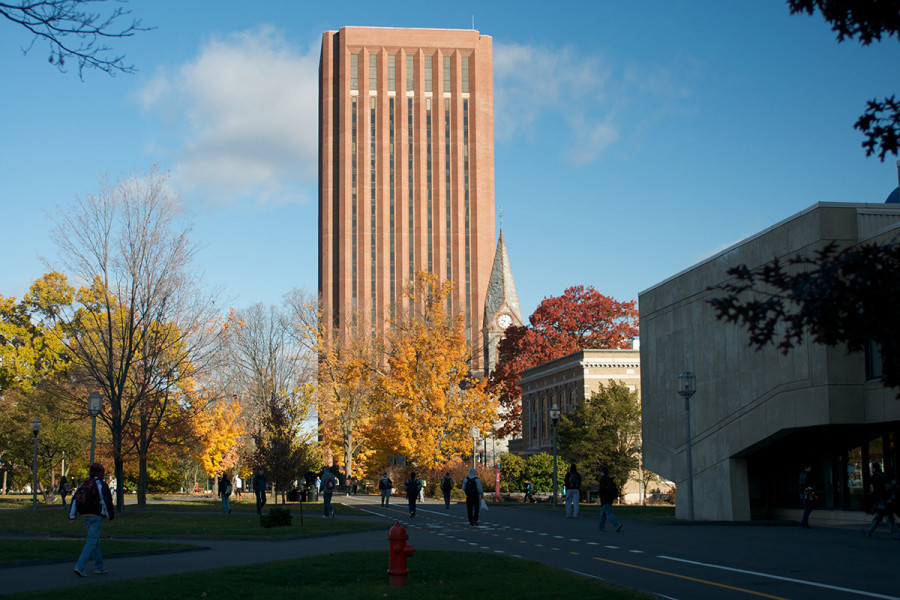 The University of Massachusetts system may be funded by state tax dollars, but it’s easier to secure a seat at the flagship Amherst campus for students who call other places home.

A new report released Tuesday by the Pioneer Institute, a Boston-based think tank, analyzed admissions data from 2010 to 2016 and found the school held applicants from Massachusetts to higher standards than their out-of-state peers. Those applying to UMass-Amherst from California or New York, for example, were admitted to the school with lower GPAs and SAT scores, on average, than those applying from, say, Belmont or Worcester.

Massachusetts already struggles to retain in-state learners, and a 2016 analysis from the New York Times found the Commonwealth is a net-exporter of public-college students. While 2,053 learners traveled to the Bay State for school, 6,394 Massachusetts residents left the Commonwealth for public colleges and universities elsewhere—and higher admissions standards for those who call the Bay State home aren’t likely to change that calculus.

“Providing out-of-state students with a leg-up during the admissions process sends the wrong message to high-school students from our Commonwealth who have worked hard to gain admission at the leading public university in their home state,” state Sen. Michael Moore, a Millbury Democrat, told the Associated Press.

UMass-Amherst has become a vastly more competitive school to get into in the last decade, and admissions rates for both in- and out-of-state applicants have dropped from above 81 percent in 2004 to below 59 percent in 2017. Last year, roughly the same proportion of Massachusetts residents were accepted to UMass-Amherst as out-of-state applicants, a stark contrast from schools like the University of North Carolina, where 46 percent of residents and 14 percent of non-residents were accepted for the fall of 2017.

The state’s flagship university has made a concerted effort to increase the number of non-Massachusetts residents on campus in order to diversify the student body and offset cuts in public funding, a spokesman told the AP. And while the researchers found that the proportion of out-of-state students at UMass-Amherst jumped 63 percent between 2004 and 2016—bringing their extra tuition dollars along for the ride—the change may not actually be benefitting learners.

“The central mission of the University of Massachusetts is to serve the state citizens whose taxes support increased appropriations to the system,” Mary Connaughton, one of the report’s co-authors, said in a statement. “While the general belief has been that non-resident students help augment intellectual rigor on campus, that benefit is in question if admissions standards, on average, are lower rather than higher for those students.”