The storied and famously weird institution is the latest liberal arts school to face financial problems. 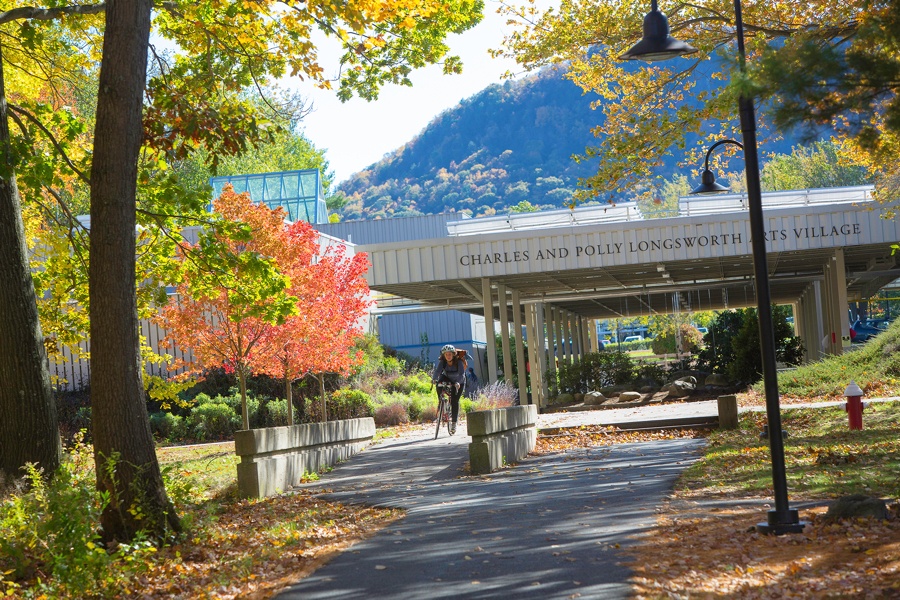 Uh oh. In another sign of trouble for small liberal arts colleges in New England and beyond, Hampshire College has announced it’s seeking a merger.

Citing financial problems including a relatively small endowment, the infamously weird college in Amherst has announced it’s seeking “a strategic partnership” in the near future. In a message to the Hampshire community, President Miriam E. Nelson says she wants to be transparent about the troubles befalling the college—a fate that has come for an increasing number of the state’s small liberal arts institutions—as the process moves forward.

I’m announcing today our intent to find a long-term partner that can help us achieve a thriving and sustainable future for Hampshire. With the guidance and passion of Hampshire’s trustees we’ve begun a process to seek a strategic partnership to address the challenges we’ve faced as an under-endowed institution, really from our very first days. As we approach our 50th anniversary, and as Hampshire continues to have an impact on students and society, the trustees and I are absolutely determined to find the best way forward.

We’re convinced that seeking a strategic partnership is the right and responsible thing to do. And now is the time to do it. We have great resources in our people, in our pedagogy that has had outsize influence on higher education, and in our reputation for imaginative and forward thinking. By moving ahead so forthrightly now, we also have perhaps the most important resource of all—time. We have the time to undertake the awesome, exhilarating responsibility of evolving education at Hampshire.

Trustees will decide by the end of the month whether to admit new students in the coming year. Nelson tells The Boston Globe the plan is to find a merger partner by June.

Hampshire, which is set to celebrate its 50th anniversary in 2020, has gained a reputation for its atypical approach to education that, among other innovations, lets students design their own (often esoteric) areas of study and does not award grades. It seems to work: Hampshire is ranked among the top liberal arts schools in the country. Notable alumni include comedian Eugene Mirman, documentarian Ken Burns, and musician Elliott Smith. A full-price tuition costs $50,000 a year. You may remember how the college ended up in the conservative media spotlight in 2016, and attracted the wrath of Donald Trump, over a protest involving the American flag.

Small private colleges are facing doom and gloom everywhere these days amid a steep drop in enrollment in recent years fueled by demographic changes and a shift in demand toward less-expensive public schools, and the impacts of that reality are being felt particularly in New England. Newbury College announced in December it plans to close. Newton’s Mount Ida College abruptly closed in May. The College of St. Joseph in Vermont is at risk of losing accreditation. More than half the employees at Wheelock College lost their jobs when the school officially merged with Boston University this summer.

Hampshire College today announced our intent to find a long-term partner that can help us achieve a thriving and sustainable future. Read the announcement and FAQs. https://t.co/qBRZZvYJW6