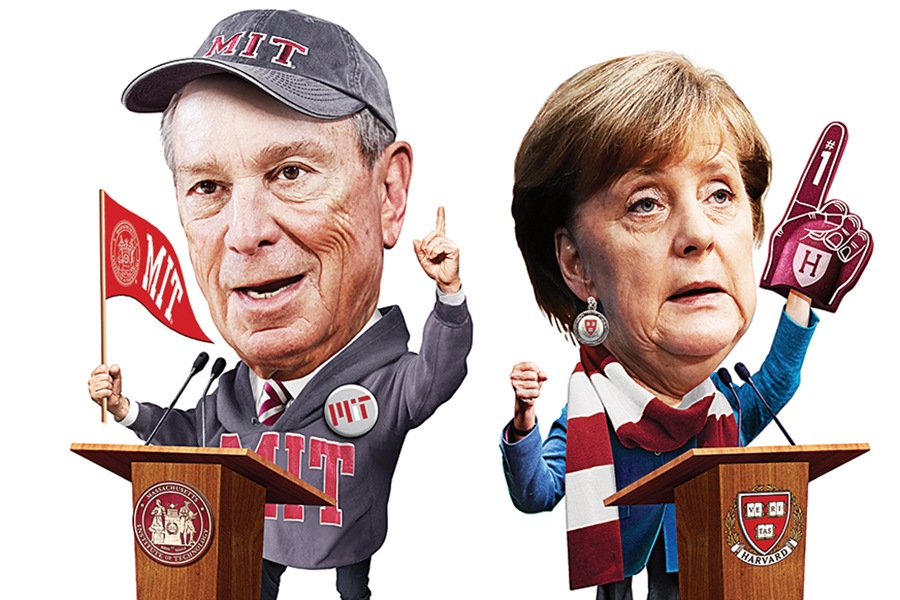 MIT and Harvard compete for top talent and global renown, but during graduation season, it all comes down to who has the hottest celebrity speaker. In one corner, former New York Mayor Michael Bloomberg. In the other, German Chancellor Angela Merkel. Who will reign supreme?

Expecting protests?: The billionaire has dropped a fortune going after guns and fossil fuels, and is spending like crazy on voter registration to defeat Donald Trump. But is he progressive enough for the People’s Republic? We’ll find out.

What will they talk about?: Does anyone care? All we want to know is whether he’s going to change his mind and decide to run for president.

School bragging rights: Well, Bloomberg did go to HBS, so that’s kind of a coup.

Fee: How much does it cost to buy the time of one of the world’s richest men? You’ll have to ask MIT.

Local connection: Most Bostonians are generally aware that Germany exists.

What will they talk about?: If not Brexit, maybe she’ll joke about the rumor that perpetually stoned rapper Lil Pump—the mind behind Harverd Dropout—had replaced her as the university’s commencement speaker.

School bragging rights: Harvard already had Bloomberg back in 2014. So Merkel is at least a fresh face on the podium.