The young conservative pundit says he is now "figuring out" what to do next. 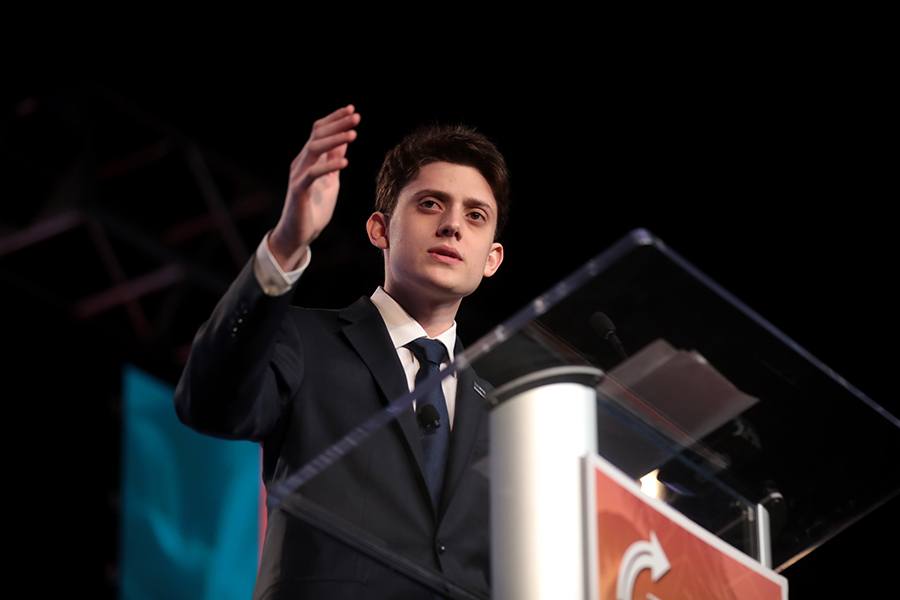 Kyle Kashuv, a survivor of the 2018 shooting at Marjorie Stoneman Douglas High, will not join classmates David Hogg and Jaclyn Corin at Harvard in the fall.

Kashuv, 18, took to his Twitter account today to announce that his acceptance has been rescinded after screenshots of him using racial slurs on Google Docs made the rounds on social media. The screenshots, which initially circulated in May, capture Kashuv typing the n-word numerous times in a shared Google Doc, followed by the phrase “i’m really good at typing [n-word] ok like practice uhhhhhh makes perfect.”

After the screenshots initially circulated, Kashuv issued a statement, saying that he has grown since the shooting and that he is “embarrassed by the petty, flippant kid represented in those screenshots.”

Kashuv is a rising star in conservative circles. After surviving the shooting his junior year of high school, Kashuv spent his senior year advocating for gun rights, taking a markedly different stance from many of his classmates. While Parkland survivors like Hogg and Emma Gonzalez assembled the March for Our Lives and advocated for stronger gun control, Kashuv became the director of high school outreach for Turning Point USA, Charlie Kirk’s conservative nonprofit organization. He has earned the support of prominent figures in conservative politics, like Ben Shapiro, and he has made appearances on FOX News and at NRA conferences.

Happy Birthday Mr.President!
⁣⁣
When my community was struggling, through all the confusion and pain, he was there to help.

Taking the time on one of the busiest days of the administration to sit down with some just high school kid to discuss how to fix the real problems. pic.twitter.com/xNCkFEu66b

Kashuv was vocal about his desire to attend a university where his beliefs would contrast with his peers’. “Hopefully Harvard, that’s my goal,” Kashuv said to the Miami Herald last year. “I’m also gonna apply to UCLA, UC Berkeley, the most liberal hotspots you could possibly imagine.”

He was admitted to the Cambridge university three months ago. After the screenshots surfaced, however, a chorus of voices called for Kashuv’s admittance to Harvard to be rescinded. According to the Twitter thread Kashuv posted about the matter, Harvard reached out to Kashuv on May 24, reminding him that the university “reserves the right to withdraw an offer of admission” and asking that Kashuv provide a written explanation of his behavior within 72 hours. After receiving Kashuv’s written response, the university informed Kashuv on June 3 that the Admissions Committee had voted to rescind his acceptance to the class of 2023. They declined his offer to meet in person regarding the matter.

Kashuv says he gave up “huge scholarships” to commit to Harvard, and that the deadline to apply to other schools is now passed. “I’m exploring all options at the moment,” he writes.

According to the university’s website, 43,330 students applied to Harvard’s undergraduate class of 2023. 1,950 students were accepted, and 83 percent of those admitted chose to commit to Harvard.