The school's Board of Trustees voted earlier this year to admit only a partial freshman class in fall of 2019, citing financial instability. 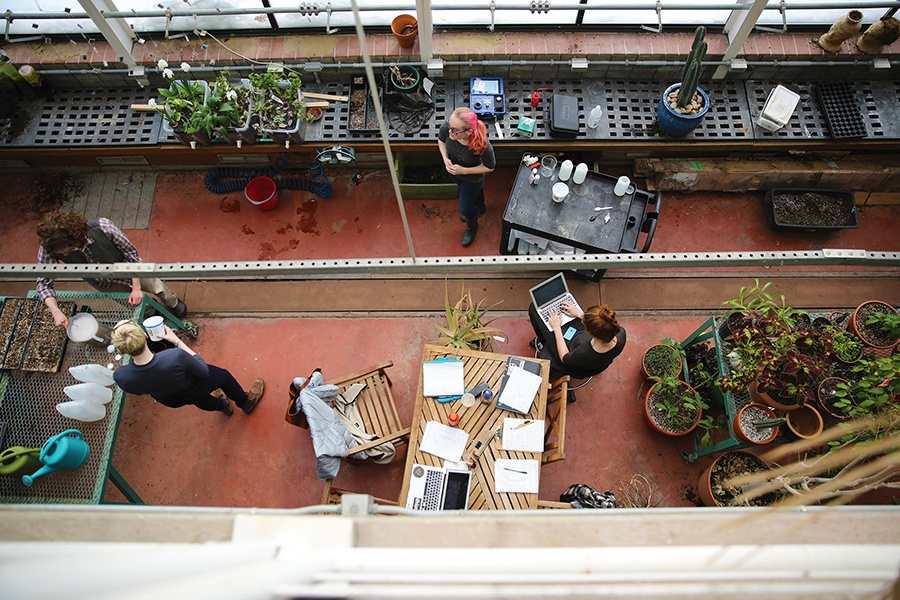 After a tough year for New England’s liberal arts schools, some positive news—Hampshire College has announced that it will accept a full freshman class in fall 2020.

The college’s interim president Ken Rosenthal sent a letter to the college community Thursday to announce the development, citing “a remarkable, historic outpouring of support this spring from Hampshire alums, friends, and people who believe in our College.”

Throughout the summer, the university will work to recruit and prepare a new university president to lead fundraising, hire a chief advancement officer, and continue to solicit gifts from alums, foundations, and external philanthropists. The school’s Common Application is set to open this fall.

Like many small liberal arts colleges throughout New England, Hampshire is struggling to stay afloat in the face of declining enrollment, demographic shifts, and increased interest in the lower price tags of public institutions. The quirky Amherst institution has long faced financial woes, but the issue came to a head early this year, when the college announced it was seeking a merger and revealed that it would only admit a partial freshman class in fall 2019 (15 students were enrolled for the fall as of May). In the face of the closures of Newbury College, Mount Ida College, and other New England educational institutions that have closed or merged with other schools in recent years, the Hampshire community feared the worst.

However, in his letter, Rosenthal not only touts the school’s record-breaking donations, but also states that Hampshire’s Board of Trustees is confident that fundraising efforts will allow the school to remain independent.

The announcement is good news for college-bound students seeking the offbeat educational experience Hampshire offers. The school, which is linked to Amherst College, Mount Holyoke College, Smith College, and UMass Amherst through the Five College Consortium program, is known for its atypical approach to undergraduate education. The school gives “narrative evaluations” instead of grades, and students pursue individually-designed areas of study—in topics as unusual as game design, animation, and “rural life”—rather than majors. Lexington native Eugene Mirman famously attended and created a degree in comedy. For a student who struggles in a more conventional classroom setting, Hampshire can be a breath of fresh air.

However, prospective undergrads should probably still proceed with caution. Earlier this month, the New England Commission of Higher Education issued a public notation about Hampshire’s accreditation status, essentially warning the public that the school is in danger of not meeting the Commission’s accreditation standards. The concerns pertain to two standards in particular: Organization and Governance and Institutional Resources. To meet these standards, the university must hire a new president, expand its Board of Trustees, rebuild enrollment, and prove it is on track to meet fundraising goals.

According to Rosenthal’s letter, though, these benchmarks are well within reach.

“We remain fully accredited today and we’re confident we have the vision, plans, and time to continue to secure the College this year,” he writes. “We were already aware of areas of need and have been working to address them this spring, and we’ve made great progress.”