The tiny liberal arts college is going to close its campus and move students to Boston. 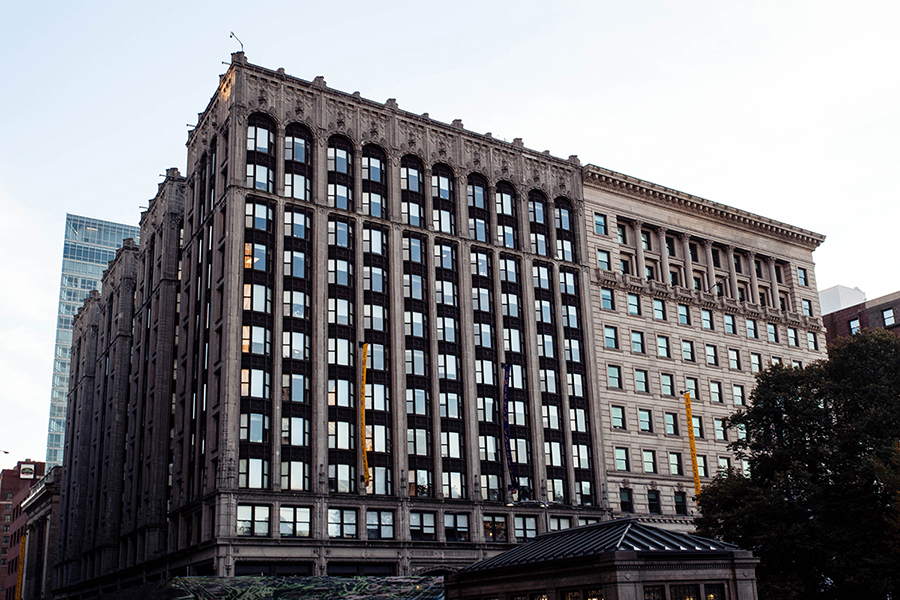 It’s not easy being a small college in New England. Like Mount Ida College, Newbury College, and the College of St. Joseph, the tiny, 500-student Marlboro College can no longer stay afloat. But unlike these other shuttered institutions, Marlboro will get a chance to live on through an “alliance” with Emerson College, beginning in fall 2020.

The presidents of the two institutions announced this morning that beginning next school year, Marlboro undergraduates can choose to matriculate from the downtown Boston school. Tenured and tenure-track faculty at Marlboro will be offered the chance to teach at Emerson as well. Marlboro will gift its over $30 million endowment and $10 million in real estate to Emerson, endowing the liberal arts program in which the Marlboro community will enroll and teach. The institute will be renamed the Marlboro Institute for Liberal Arts and Interdisciplinary Studies at Emerson College.

“This remarkable opportunity to develop an alliance with Emerson ensures that the essential elements of Marlboro will endure,” said Marlboro College President Kevin Quigley in a press release. “It preserves our identity, continues our pedagogy and commitment to progressive education by bringing our faculty to the Emerson campus, and provides extraordinary educational opportunities for our students with an alliance partner where there is a clear alignment of values, culture and purpose.”

Emerson College President Lee Pelton echoed Quigley’s sentiment, calling the partnership “an extraordinary alliance and a quintessential win for both of our commonwealths of learning.”

Much like Massachusetts’ Hampshire College, which has also undergone its fair share of turbulence lately, Marlboro has an unconventional approach to liberal arts education. The tiny school allows students to design their own majors, allowing for total customization and close mentor relationships with faculty. The college’s mission statement, called the Marlboro Promise, guarantees to students that, regardless of their course of study, they will graduate with strong writing, teamwork, and leadership skills, three traits the college says are directly tied to success.

While it’s true that this alliance with Emerson will preserve parts of the college’s identity, and allow Marlboro undergraduates some consistency and continuity in their educations, a critical part of the Marlboro identity will be lost in the alliance—the college’s beloved Green Mountains campus, which is scheduled to close at the end of the school year. The school’s home in Southeastern Vermont had been a critical part of campus life. One of the college’s most unique and popular trademarks is its “Outdoor Program,” a campus initiative that facilitates student relationships with the natural world through caving, paddling, backpacking, and hiking through the ecological preserve, lakes, reservoirs, and 17 miles of trail surrounding the campus.

Marlboro students were pretty removed from all things urban. “If you need a taste of city life, just hop a shuttle to the town of Brattleboro for restaurants, movies, shopping, and a monthly art gallery crawl. (Brattleboro’s only got about 12,000 people. But compared to Marlboro that’s a metropolis),” the college’s website jokes—so it’s safe to say that Emerson’s bustling, downtown Boston campus will be a little bit of an adjustment for students who choose to move.

In the months to come, Emerson and Marlboro will hash out the details of the alliance, meeting separately and jointly to discuss academics, student life, governance, and other matters. If all goes as planned, the alliance will be confirmed by July 1.