The Top Colleges in Massachusetts, According to the 2022 U.S. News and World Report Rankings

The report ranked nursing programs for the first time this year. 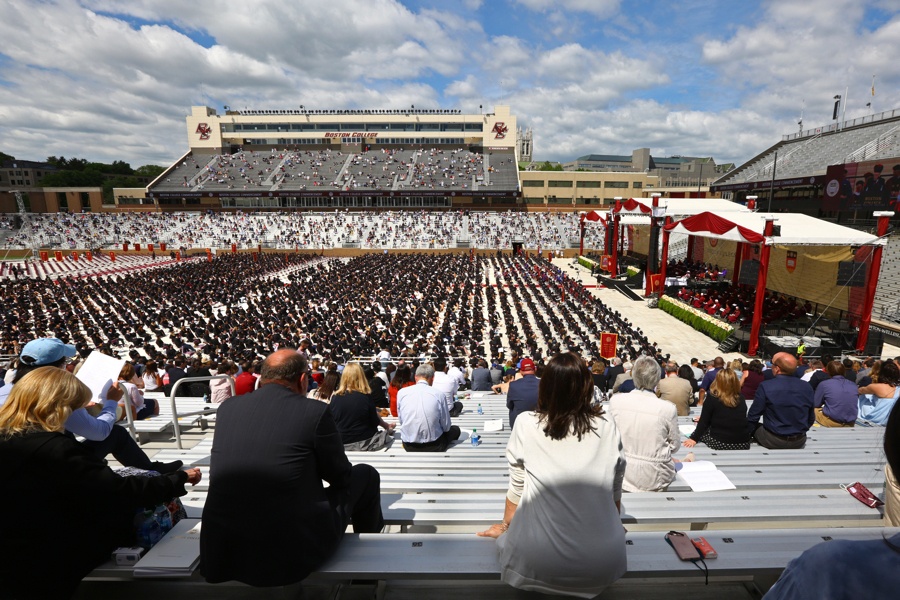 Colleges are not yet fully back to normal—the delta variant has made sure of that. But college students are indeed headed back to the classroom in person this year, albeit with varying vaccine, masking, and distancing policies. While we don’t know exactly what college will look like next year, we do know that the next crop of college freshman is already diving deep into the research to figure out where they want to go to school.

One thing we can reliably say about what’s to come is that, once again, U.S. News and World Report  has once again measured, sliced, diced, and, of course, ranked the nation’s universities. And local institutions have once again come out on top.

The organization on Monday released its 2022 Best Colleges rankings. Top marks in the National Universities category went to Princeton, which has claimed the top spot for 11 straight years.

Little old Harvard, always the bridesmaid and never the bride, is still ranked second. It shares the spot with Columbia and MIT, which actually saw a boost from the 2021 rankings, when it placed fourth. Good for MIT.

Elsewhere in the Commonwealth, Tufts tied for 28th (up a smidge from its 30th ranking last year), Boston College ranked 36th (about on par with last year, when it placed 35th); Boston University and Brandeis were not far behind, tying at 42nd; Northeastern placed 49th; and UMass Amherst was 68th.

Massachusetts also dominated in the Liberal Arts Colleges category. Williams College, ever the favorite in this report, placed first, followed by Amherst. Wellesley was 5th. Smith was 17th.

According to U.S. News‘ Best Value Schools ranking—which weighs academic quality against the average cost of attending after scholarships and other discounts—Yale claims the top spot, with MIT 2nd and Harvard 3rd.

Those interested can also peruse the results for several analyses, among them the top schools for computer science, business, and engineering programs, the best colleges for veterans, and the schools that are most ethnically diverse.

New this year is a ranking of the nation’s best nursing programs, which assessed programs based on reviews from deans and faculty of other nursing schools. The top local school in that category was Boston College, which tied for 19th. UMass Boston ranked 43rd, and the MGH Institute of Health Professions ranked 58th. The best program, according to the report, can be found at UPenn.